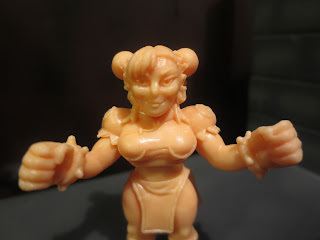 Today it's time for the fourth and final look at the newest series of M.U.S.C.L.E. figures from Super7: Street Fighter II Pack D! This set includes the final group of the original world warriors from the original game, Zangief, Chun-Li, and E. Honda, and it's as good as the previous three sets. I liked the Masters of the Universe sets and the Alien sets, but with this series it feels like Super7 has truly managed to nail the M.U.S.C.L.E. aesthetic. These little guys are just stylized enough to pair well with the vintage line while having their own, distinctive appearance that makes these absolutely recognizable as the Street Fighter II characters they are. Let's check out this last pack after the break... 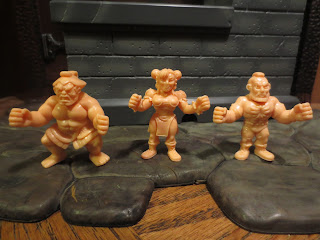 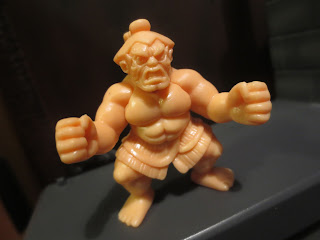 * E. Honda is a powerful looking guy, isn't he? I loved playing as E. Honda as a kid due to his massive size and his Hundred Hand Slap. I love how Super7 actually gave him a bit a pose that reflects his Sumo style. And that face sculpt? Pure rage. Excellent! 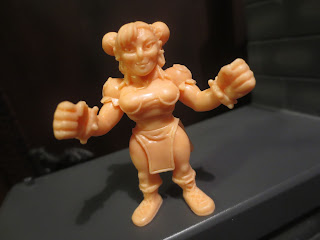 * It's tough to argue who the most popular Street Fighter II character is, but an excellent argument can be made that it's Chun-Li. Chun-Li is definitely one of the best fighters in the game and Super7 did a great job of capturing her cool outfit and her powerful physique. I love her smirk, her hair, and her spiked bracelets! 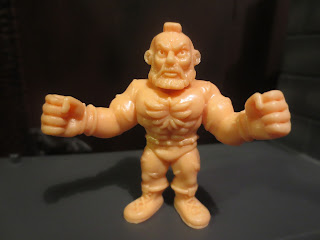 * Russian professional wrestler Zangief is well known for his massive height, his super cool beard and mohawk  combo, and his prominent chest hair. All of those details were captured really well except for his height. For some odd reason Zangief actually seems shorter than most of the other figures. Kind of odd, right? Everything else is excellent here, but the height is kind of weird. 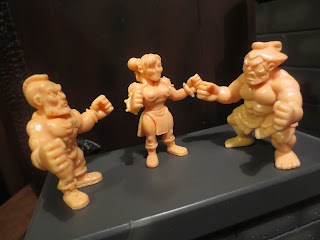 Pack D is another really good set in what has become a fantastic line of minifigures. If Super7 manages to put out another series or two of M.U.S.C.L.E. figures this year, odds are that they could end up on my best of the year line again. I have a real weakness for minifigures and they're putting out some of the coolest and most affordable ones around. This is a Great and a 1/2 set and well worth the $6 bucks to acquire them. Heck, $24 bucks to pick up all 12 figures is a real steal!


I haven't reviewed any other Street Fighter II figures on here, but I have looked at plenty of other M.U.S.C.L.E. figures from both Super7 and Mattel, including: