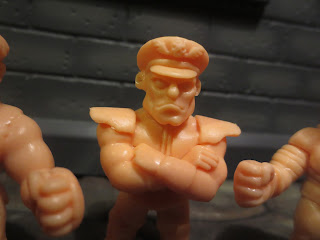 M.U.S.C.L.E. and Street Fighter II are two great tastes that absolutely taste great together. I'm a huge fan of Super7's M.U.S.C.L.E. revival (it made the Top 10 list of my favorite toylines of 2016) and while I love me some Alien and Masters of the Universe, I think Street Fighter II is the best fit for the M.U.S.C.L.E. aesthetic yet. It's just perfect, really. While I've never been a huge fan of fighting games, Street Fighter II totally won me over years ago on the Super Nintendo. I have fond memories of not just the game but also of the Street Fighter subset of G.I. Joe figures and of the 1994 masterpiece starring Jean-Claude Van Damme and Raul Julia. You heard me right; that film is a flippin' treasure. I still watch it pretty regularly. Street Fighter II really felt like one of the first games that transcended it's origins and expanded itself beyond just what was on the screen. Comics, toys, an anime, and even Spin Fighters tops helped fans to immerse themselves in the world of the World Warrior. Now, years later, we have Street Fighter II M.U.S.C.L.E. figures! Let's check the first set out after the break... 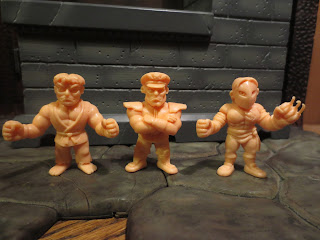 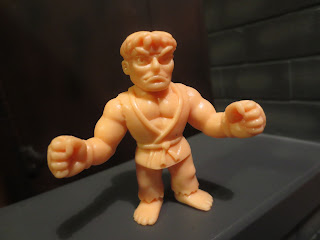 * Ryu is definitely one of the characters whom you could argue is the "main" character of Street Fighter II. He's a pretty basic character design, but over the years his simple look of a white gi has become pretty iconic. When you think of a fighting game character, odds are Ryu comes to mind. Super7 did a great job of making this guy feel like Ryu while also really maintaining the M.U.S.C.L.E. aesthetic with larger hands and a caricatured, but serious, expression. 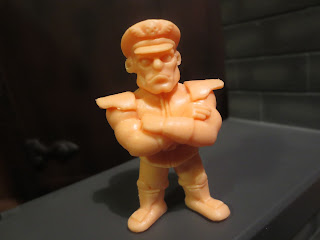 * Remember M. Bison? Remember him beating you over, and over, and over again? Remember his laugh, and the smug look on his face after a victory? Bison is dressed the part of a would be dictator and his prominent military styled hat and shoulder pads are crisply captured here. The sculpts feel a lot crisper than previous Super7 efforts. I love the crossed arms, too. This guy looks awesome just hanging back and looking tough. 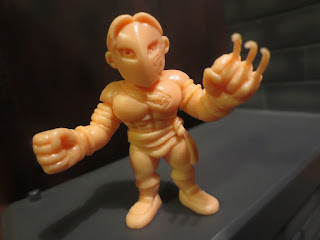 * In the original Street Fighter II, when you couldn't play as the bosses, Vega was the guy everyone dreamed of using. He flipped, he climbed, and he used a weapon. Yeah, it seems a bit odd that they just randomly let this guy carry a claw, didn't it? I mean, I guess fireballs and sonic booms are still pretty extreme, but actually just carrying a weapon in? The sculpt is very sharp (you can make out the tattoo on Vega's chest), and the only downside is that the claws are a bit flimsy. 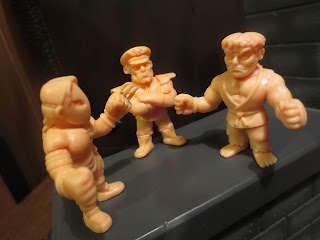 The Street Fighter II figures seem to be the best minifigures Super7 has released yet. The sculpts are sharp with a great amount of detail, the plastic quality is very solid with a great M.U.S.C.L.E. color, and the poses just work for the characters. Considering that these guys are only $2 each, these are an incredible buy. Super7 has done an excellent job here and these are worth buying for Street Fighter fans, M.U.S.C.L.E. fans, or just minifigure fans in general. This is a Great and a 1/2 set!


I haven't reviewed any other Street Fighter II figures or toys on here, but I have reviewed plenty of other M.U.S.C.L.E. figures from both Mattel and Super7, including: