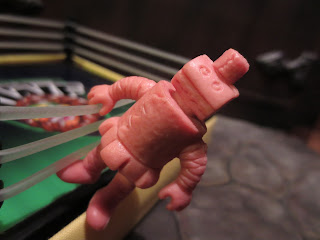 Reviewing these M.U.S.C.L.E. figures is blowing my freaking mind because I'm learning so much about these simple little guys that I had as a kid. I recently picked up a few new M.U.S.C.L.E.s and it's pretty cool to add some more guys to my collection. Today I'm looking at figure number #080: Paper Miira, or the Toilet Paper Mummy! While checking out the Kinnikuman Wiki I learned that Paper Miira is a 20 year old Egyptian choujin and is a student of King Neptune. Who knew! Honestly, not being familiar with Kinnikuman, that really makes little sense to me, but I'm hoping to fin a way to watch the anime or read the manga, so maybe it will someday soon. Want to take a closer look at Paper Miira? Then join me after the break... 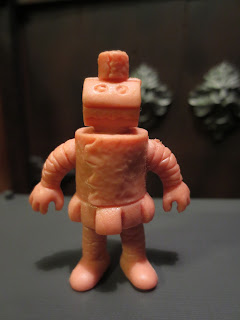 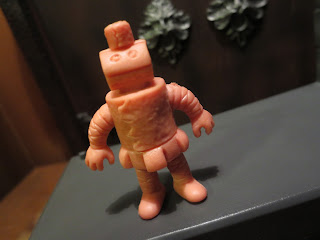 * The Toilet Paper Mummy has a fairly neutral pose which always works well in M.U.S.C.L.E. He is literally someone made out of toilet paper. His arms and legs are wrapped in TP, his body is a giant roll of toilet paper, and his head is a toilet paper dispenser of some sort (with a little crown of toilet paper to top things off). I wonder if this guy takes a lot of crap for his gimmick. 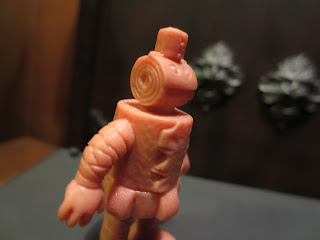 * When you look at Paper Miira from the side you can see the edges of the toilet paper rolls, which is really cool. The arms have kind of a quilted look to them (more absorbent, no doubt) while the main body and head look stronger and thicker. The tear on the role of toilet paper making up Paper Miira's chest is uneven, adding to the look. Think this guy can spare a square? 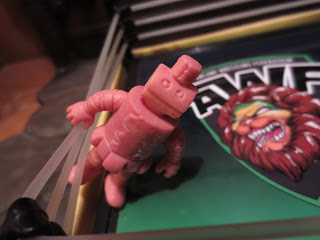 Paper Miira is absolutely one of those M.U.S.C.L.E. guys that I gravitate to: He has a very clear, very strange gimmick. He's insanely odd but also insanely cool, too. I mean, a toilet paper mummy? The WWE is really awesome right now but, if they ever have another dry spell, maybe they need to check out some of the old Kinnikuman gimmicks. This guy gets a Great and a 1/2 from me. He's everything that's right with M.U.S.C.L.E./ Kinnikuman from a guy who only knows them as toys.


I'm going to be adding some more M.U.S.C.L.E. reviews to the site if you like them. In the meantime, check out these other minifigure reviews: