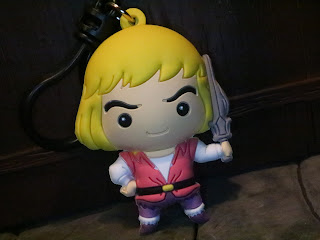 Thanks for spending some of your Social Distancing and Self Quarantine time at Action Figure Barbecue! During trying times there's nothing like being able to lose yourself for a few minutes in the things you love, so let's take a brief trip to Eternia and check out another Figural Bag Clip from Monogram International's Masters of the Universe series. Today I'm checking out Prince Adam! I really, really love the Filmation series (a love that's developed more since my daughter was born as that show just appeals to kids so much!) and Prince Adam is absolutely one of my favorite characters. This is definitely based on the Filmation version of Adam/ He-Man who recently appeared in issue #4 of DC's He-Man and the Masters of the Multiverse. Ready to check out the coolest guy to ever wear a pink vest? Then let's check out Prince Adam after the break... 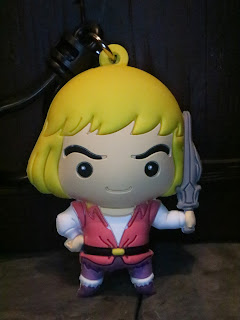 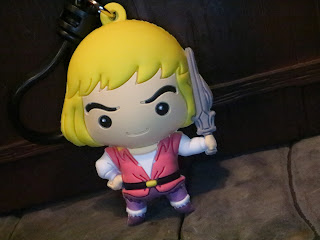 * I really like the look of these. They look like what a cartoon strip version of Masters of the Universe might look like that was targeted towards kids. Or Scribblenauts. They kind of look like the Scribblenauts characters, don't they? The details are "etched" into the rubbery figures and, for the most part, everything is neat and clean. Adam's vest is quite detailed, as is his Power Sword. I like how he's holding it up. The eyebrows look like they could use a bit more paint but, overall, it's pretty nice. 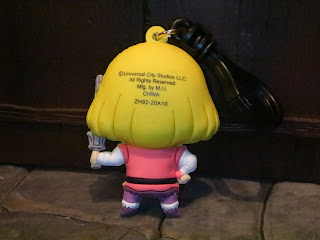 *  Rather than having a metal key-ring, these have a plastic clip. They're marketed as bag clips, so I guess the intention is to display them on a backpack or satchel of sorts. Or swing him by the clip and make him dance! I'm going to have to find a cool way to display them in my MOTU collection. 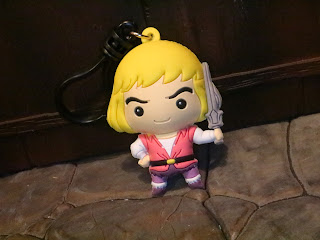 Prince Adam is another Great clip in this line, which so far has been quite fun. While they're blind bagged (with a cardboard sleeve around them to make it harder to tell who you're getting), which I don't like, they're definitely kind of unusual, too. I love seeing the fun, colorful MOTU crew in a variety of mediums and the Monogram International bag clips deliver for me. They're perhaps a bit overpriced for what they are but I still like having a little tiny Prince Adam to tote around. I wish he had a Cringer to go with him, though. That would be the best!


I love Prince Adam/ He-Man and I've reviewed so many toys of the character that I've given him his own review archive! Check out Fabulous Secret Powers for all of the He-Man/ Prince Adam reviews you could want!


For more Masters of the Universe: Figural Bag Clips from Monogram International check out the following:
Evil-Lyn
He-Man
Mer-Man