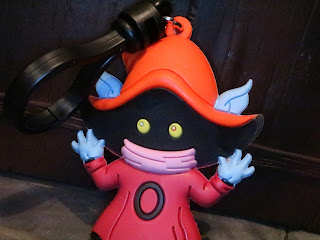 It feels like it's been a few months since I began reviewing the Masters of the Universe Figural Bag Clips from Monogram International, but it's actually only been a month. March and April have been pretty crazy so far, huh? Today I'm checking out the 11th and final figure in this first series of figures and it's Orko, the Heroic Court Magician! I love Orko and this little Orko bag clip is definitely one of the coolest in the series. Orko fits the semi-cutesy style of this line really well and looks fantastic. Let's check out Orko after the break and see if his Trollan magic translates into a fun little trinket! 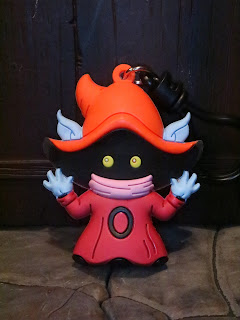 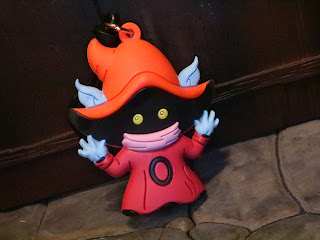 * I love the look of Orko! Monogram International did a really nice job on the details here and they way that they're etched into the rubbery figure (rather than being raised elements) really makes this guy look quite cool. I love the eyes, the ears, and Orko's "hands in the air" pose. You just know that Man-At-Arms is getting ready to shout: "Orkoooo!!!" Someone is getting eggs on their head for sure. 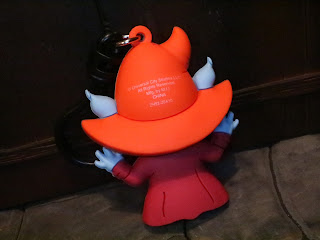 * Rather than having a metal key-ring, these have a plastic clip. They're marketed as bag clips, so I guess the intention is to display them on a backpack or satchel of sorts. I've actually been hanging them from screw in hooks which are screwed into the front edges of one of my display shelves 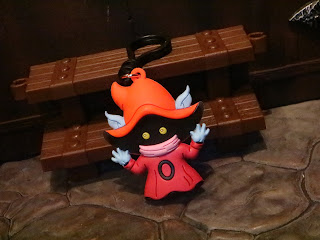 Orko fits this style quite well and he's definitely one of my favorites in this series. I don't like him as much as Battle Armor He-Man, but it's close. Darn close. While these really aren't true minifigures, they definitely have a lot of the same qualities as a minifigure and some MOTU fans should really like them. I know I do. I'd love to see a second series at some point, hopefully with characters like Man-At-Arms, Teela, the Sorceress, Trap Jaw, Moss Man, and Ram-Man. It's always nice to see a company go a bit deeper with a MOTU line; will Monogram International? If these sell well, there's always hope!

If you're an Orko fan I've also reviewed Super7's vintage styled Orko and Shadow Orko, the green Orko M.U.S.C.L.E. minifigure from the #1 Masters of the Universe set by Super7, The Loyal Subjects Orko, the standard Orko ReAction figure, and the boxed ReAction Orko (Cartoon Colors).