31 Days of Toy Terror: Skeletober! Skeletor with Snake Mountain #23 from POP! Town: Masters of the Universe by Funko 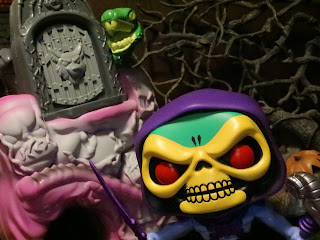 "Hi, I'm Skeletor. Welcome to my crib."
We're now heading into the weekend of Halloween and we've got another visit from the big, bad bone daddy of Skeletober himself! This time we're checking out not just Skeletor but also his home, Snake Mountain. This version of Skeletor is part of the POP! Town range of products which typically include a standard POP! figure along with a POP! styled building. Skeletor with Snake Mountain #23 is the first Masters of the Universe themed release in the line and it's been on shelves for a couple of months now. While not as iconic as Castle Grayskull, Snake Mountain is still a pretty iconic vintage playset which is absolutely what this POP! version is based on. Snake Mountain did appear in the Filmation animated series "He-Man and the Masters of the Universe" but it was very different there, while this one is accurate to the vintage toy. Let's take a look at Skeletor and Snake Mountain after the break and see if this is a piece of real estate worth keeping our eyes on... 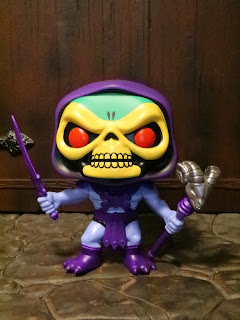 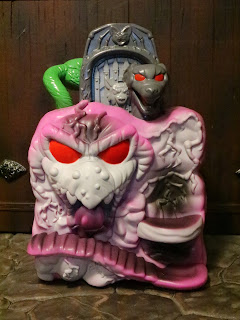 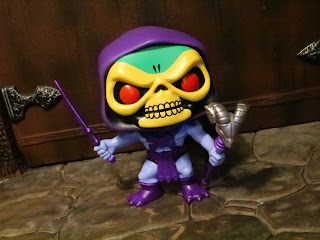 * It's another POP! Skeletor. I've reviewed a ton of them but this one is cool since he's carrying both of his weapons and is a very traditional looking Skeletor. He stands just fine and has a swivel head so you can give him a bit of a pose. 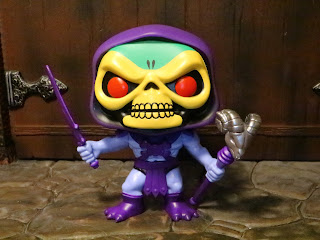 * The body is really nicely sculpted here and is quite faithful to the vintage figure. He's got his purple clawed boots, his prominent crossbones armor, and his gladiator styled waist guard. Ain't no one kicking Skeletor in the jimmy! 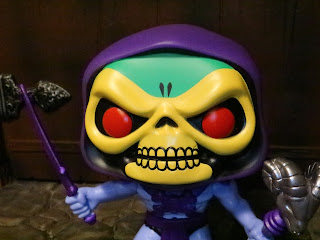 * This headsculpt has been reused many times over but it's still excellent. The paint applications on the head are super crisp and clean and those black highlights really bring out the detail. I like the black around the edges of the hood, too. It really helps just improve the look of the figure overall. 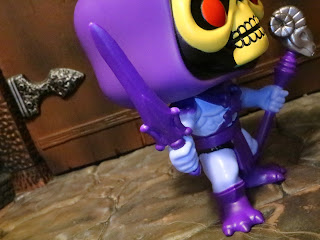 * I his right hand Skeletor is toting his half of the Power Sword but in purple. It's nice and sharp looking! 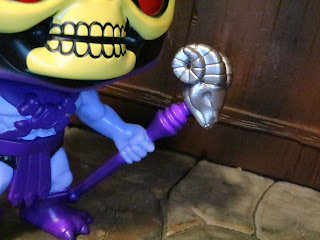 * His left hand is holding his Havoc Staff. It's quite vintage styled, too, but the headpiece is given a nice silver paint app to highlight the cool sculpt. 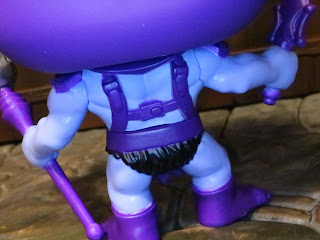 * On the pack of the figure you can see the straps and clasp, just like on the vintage figure. I don't know why I think it's so neat that Funko includes these details but I definitely do. 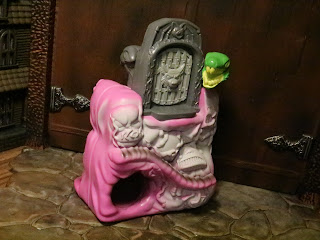 * This new Skeletor POP! is great and all but let's take a look at Snake Mountain, the selling piece of the set. Snake Mountain is a huge chunk of plastic. It's around 6 1/2 inches tall and seems to be a rotocast piece (there's a hole in the bottom). This thing is pretty heavy compared to most POP! vinyls, though, and you wouldn't want to get hit in the head by it. 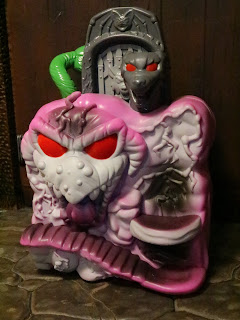 * The vintage playset could fold up but when unfolded this is the piece that was on the right. It features the wolf head microphone, the giant mountain demon, the stairs to begin the ascent up the mountain, and the platform for chaining up Heroic Warriors (though the handcuffs aren't present here). 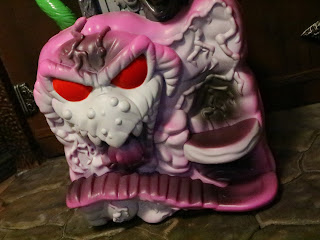 * The mountain creature looks awesome! I love the visible mouth (though it doesn't open, obviously) and those POP! styled red eyes. There's a lot of detail here and it's all very sharp. The colors are just really fun as well. 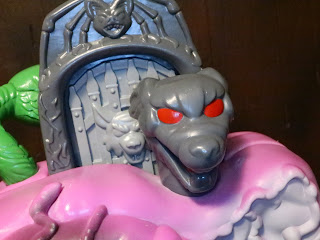 * The wolf looks great! He's not a microphone here like he was on the vintage toy but he's still pretty cool. Again, he also has big red eyes. The better to see you with, I guess. 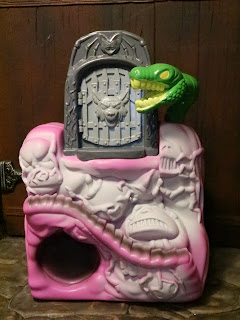 * The other side of Snake Mountain would be the left side of the playset if it were unfolded. It has the stairs leading up the mountain, lots of weird faces in the wall, the cave entrance, Serpos, and the doorway. 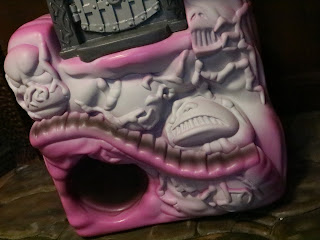 * There are definitely lots of creepy faces (or parts of faces) popping out of the walls. Snake Mountain comes off like it's an almost organic structure rather than just a mountain. 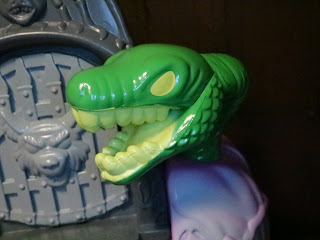 * Serpos looks great! He's very close to the vintage toy and is just chilling out, ready to attack unsuspecting visitors. 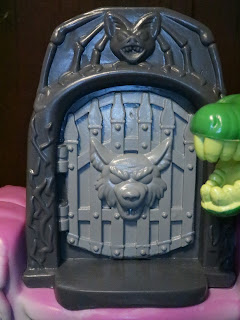 * The door is awesome! I love the sculpt on the door with the bat creature above the door and the wolf image on the door. There's no trapdoor here, though. Well, at least not that I can see... 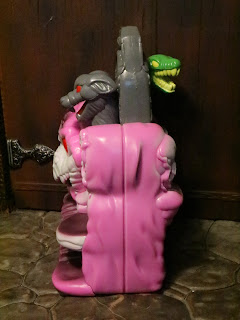 The Negatives:
* My only negative is that this is one solid piece. It really would have been nice if Funko had made this in two halves so you could separate it and display both halves side by side like the vintage toy. 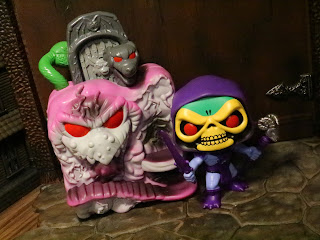 I absolutely love this set. The only thing that could have made it better is if it had the ability to split apart so both sides of Snake Mountain could be displayed at once. It's still pretty cool, though, and one of the neatest renditions of Snake Mountain I've seen. It's a good set and if you shop around you're bound to find a good deal on it. It's a spooky place with a spooky resident, so it's perfect for 31 Days of Toy Terror: Skeletober, right? This is just an Epic collectible. Funko's MOTU offerings have been amazing this year and I look forward to the future offerings as MOTU seems back in full swing!
Skeletor/ Keldor is one of my favorite villains of all time and now he has his own review archive! Check out Snake Mountain for all of my reviews of the Evil Lord of Destruction who, by his own admission, "Is not nice!"
Are you a fan of Snake Mountain? The check out my reviews of the MOTU Classics Snake Mountain,  the Snake Mountain M.U.S.C.L.E. from series 3's Pack C, the Masters of the WWE Universe Rattlesnake Mountain Ring, and the plastic Snake Mountain cases from the series 2 Eternia Minis Stinkor, Faker, He-Man, First Appearance Trap Jaw, Serpent Claw Man-At-Arms, Golden Armor Skeletor, Skeletor, and Beast Man.