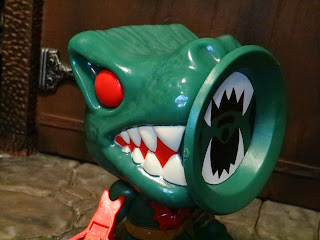 FYE carries lots of cool Masters of the Universe stuff like Beast Man's Ravenous Habanero hot sauce and exclusive POP! vinyls and a month or so ago they began shipping their exclusive Leech POP! vinyl. Leech is another member of the Evil Horde and along with Grizzlor, Mantenna, and Hordak he completes the four basic Horde members from 1985 in POP! form (Modulok was released a bit later though we still need him in POP! for). Leech is a creepy guy and a very memorable figure from the vintage line. To reflect his ability to drain energy from his foes the vintage Leech toy had a suction cup mouth that could stick to stuff (like skin!) via a pump activated by a button on his back. Funko didn't give this POP! vinyl an action feature but they did recreate his weird, flat front jaw. What do you think? Do you like when the oddities of the figure that existed because of the action feature are recreated or would you have rather had just had a regular mouth? Let's discuss this and more as we check out Leech after the break... 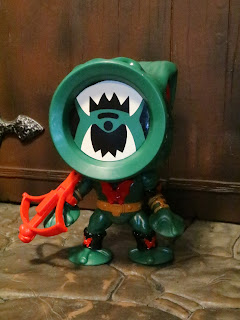 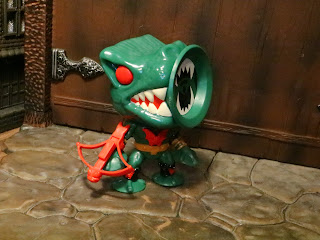 The Positives:
* Like most other POP! vinyls Leech has a swivel neck and stands in place just fine. He's in a fairly neutral pose with his left arm casually out to the side and his crossbow wielding right arm pointed down. 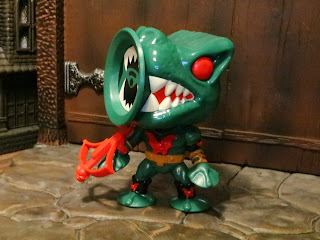 * Leech has a great paintjob and a lot of nice detail on his sculpt. The Horde emblems on his chest, shoulder band, and boots are neatly painted and definitely show off his Horde price loud and proud. He's also got some great looking suction up styled hands and feet. Icky! 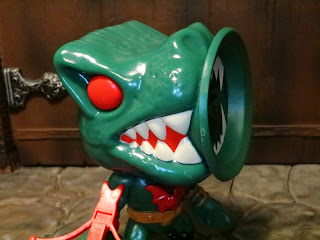 * Leech's head looks really fearsome from the side. I love his unusual appearance and his menacing red eyes. His teeth are pretty gnarly, too. Imagine getting bitten by this guy! 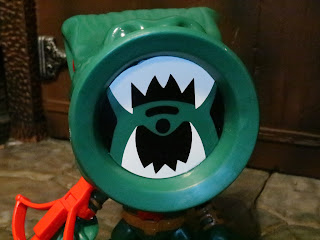 * The front of Leech's mouth is a flat, suction cup like piece similar to the vintage toy. The print on the flat front looks almost the same as the vintage toy's print which is kind of a neat tribute. I'm a bit mixed on it, though, but I'll get to that in a minute. 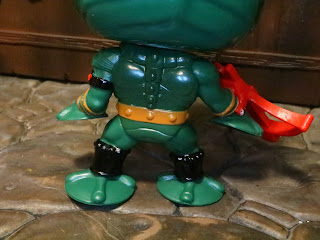 * Even the back of Leech has excellent detail including his armored torso, shoulders, and spine. 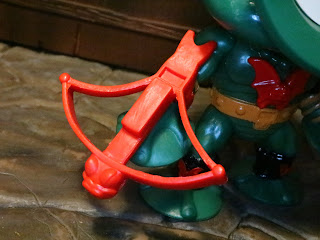 * While I've never loved the vintage crossbows for the Horde members (they're boring accessories) I won't fault an updated toy for reusing the concept since it's kind of what we expect. Leech's crossbow is red and does a pretty nice job of capturing the look of the vintage accessory. 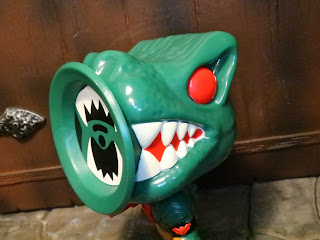 The Negatives:
* Last year Funko began releasing the Masters of the Universe POP! vinyls under the Retro Toys banner rather than under the Television banner. Pretty much all of the figures are now very faithful to the vintage toys but that's not necessarily a positive when it comes to something like Leech's mouth. Leech's weird, flat mouth was a necessity because of the action feature and the limitations of the time. I'm not sure I prefer this limitation carried over to a modern toy rather than a standard sculpted mouth, do you? 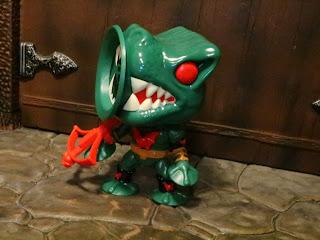