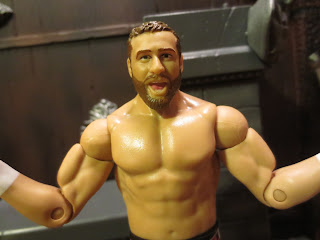 Feel free to queue this up to get you in the mood for the review!

C'mon? Who doesn't love Sami Zayn? He's been a big deal in NXT over the past few years and made his main roster debut at the 2016 Royal Rumble where he eliminated his former best friend and now bitter rival Kevin Owens. While he's been going back and forth between feuding with Owens and fighting for the Intercontinental Championship, currently he's one of the seven contenders in the upcoming 2016 Money in the Bank ladder match. There are so many great wrestlers on the main roster right now that I really don't know who I'm planning on cheering for at Money in the Bank? It'll probably be Cesaro, but with Sami and Dean Ambrose in there (and one spot still unclaimed) it's a tough call. Unless Bray Wyatt somehow ends up in there. Then I gotta cheer for Bray. That's neither here nor there, though, as we're talking about Sami Zayn. He was released in this same outfit in last year's WWE Elite series 40 but I never saw that figure anywhere and it has skyrocketed in price. I tend to pick up Elites but decided to grab this guy when I found him at a Target for $10. Ready for a closer look at this competitor? Then join me after the break... 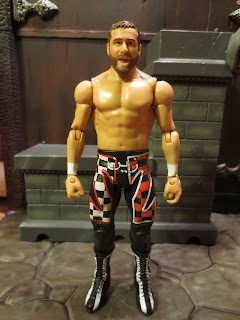 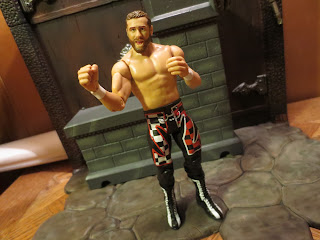 * Sami Zayn here is from Mattel's "Basic" line which means he has more limited articulation than the Elite figures. Still, what he has isn't bad for a $10 figure and he feels incredibly sturdy. If you're just posing these guys on a shelf as part of your roster, basic figures should meet your needs just fine. These are really fun toys to play with and they can definitely survive some hardcore matches if you so desire. They're tough, sturdy figures. 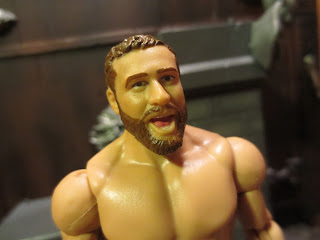 * I know some people hate expressive faces but I tend to like them, especially on wrestling figures. This is a great Zane expression and they've captured his likeness well. The paint is also pretty decent, too. 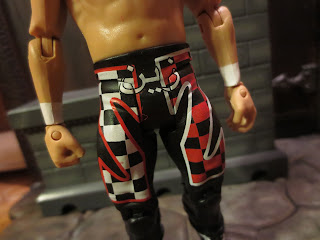 * This figure absolutely captures Zayn's current look on the main roster (even though it's based on his NXT appearances). The red, white, black checkered pants are definitely attention grabbers for sure. Also, notice the writing across the front? That's Zayn written in Arabic and it apparently means "beauty!" Sami Zayn's parents were Syrian immigrants who moved to Canada so Zayn (real name Rami Sebei) pays tribute to his roots. Pretty cool stuff and Mattel nailed it here. 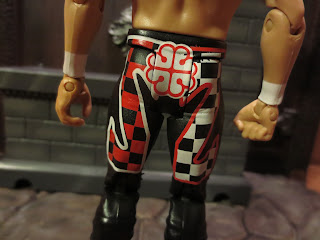 * The back of the pants also have a big "SZ" logo as well as a logo for the city of Montreal (he is Canadian, which surprised Dean Ambrose on this week's RAW). Again, nice clean paint work here. Honestly, I think detailed patterns like this look better on the basic figures than on the Elites. 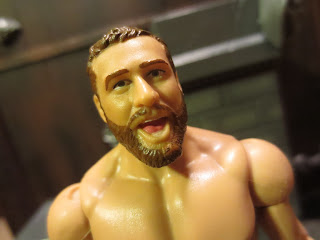 
*My only real issue with this figure is that I think the hair could really stand to be redder. Zayn's hair is definitely more noticeably red and this clearly looks brown to me. 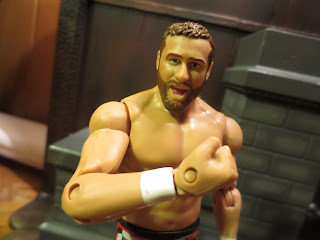 If you're a Sami Zayn fan and you missed out on the WWE Elite series 40 figure, you might want to track this guy down. He can be had for a fraction of the price and should help hold the spot on your shelf until a new Elite Zayn comes out at some point in the future (hopefully with his hat!). Considering this figure can be had for around $10, this is a Great deal. I'd recommend him as one of the basic figures worth checking out for anyone collecting this line. C'mon! You know you need him to reenact Money in the Bank in your living room.

I haven't reviewed any other figures of Sami Zayn but I have reviewed plenty of other WWE Superstars, including: