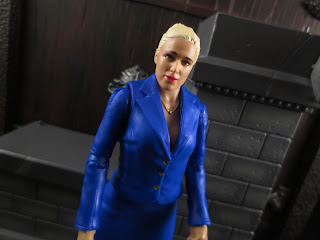 Lana actually made her in-ring debut at WrestleMania 32 a few weeks ago, so we'll see how that turns out. A year or two ago, Lana and Rusev had one of my favorite story lines in WWE. The bizarre Lana and Dolph Ziggler storyline from last summer just got really strange, though, and now that Rusev's part of the League of Nations I find him less interesting, too. That's a shame and I'm hoping things turn around for them. Anyways, this version of Lana was released in the basic series at the end of 2015 but, like most other basic female figures, she has the same level of articulation as the Elite releases. Lana was originally released in a battle pack with Rusev in a red dress so this is just a simple repaint but if you didn't want to get saddled with a spare basic Rusev, this is the way to go. Unfortunately, while I was looking forward to Lana, this just isn't that great of a figure. Read on and find out why it might be best to leave her on the shelf after the break... 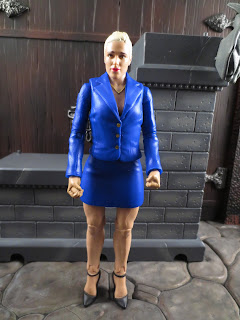 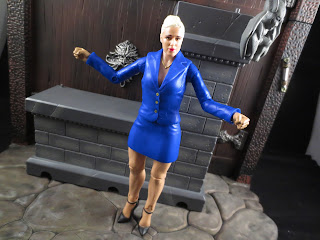 
*Lana does have a fair amount of articulation. While her main functions when she managed Rusev was talking trash and making hare the Bulgarian Brute made it to the ring, you can definitely reenact some of the disputes she got into as well. 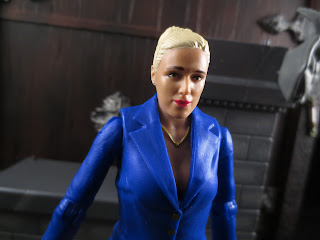 * Considering how some of the female superstars tend to come out in this line, this really isn't a bad likeness of Lana. They've captured her likeness. Unfortunately, her head either looks too small or her body is too large. There's also some weird black paint slop on the top of her head. It's not visible in this picture but it's totally there. How weird. 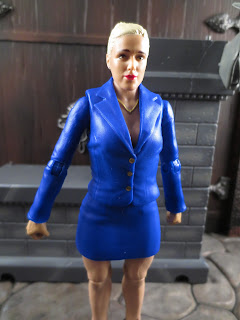 * Lana's jacket and skirt are rubber overlays on a standard female body and I have to say that they just look way too thick. The rubber material just makes Lana look oversized and disproportionate. I really wish Mattel had tried to sculpt some new parts for Lana that could be used with other females in similar attire because this just doesn't work. I don't know, it looks really poorly done to my eyes. 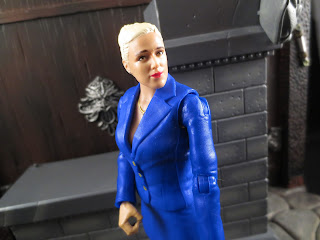 I'm just not that thrilled with this figure. She's really below average, even for a basic figure, and just seems like little effort was thrown into creating her. She's not atrocious but she's definitely one of the least impressive WWE figures I've seen lately. Unfortunately, Lana ends up with an Eh and a 1/2 rating. Thick rubber garments just don't look that good no matter who is wearing them, and this is one of the worst I've seen in the line. I don't know if we'll ever see another Lana unless her in-ring career is successful so let's hope it is; Lana deserves better than this.