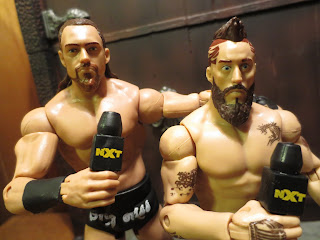 Today I'm looking at a new WWE Battle Pack from Mattel that features Enzo Amore (a certified G and a bonafide Stud) and Colin Cassady, AKA Big Cass (who is seven foot tall). For both of these guys it's their first time in the WWE line and it's incredible to pick them up in one swoop. Between the New Day and these two, it's tough to say who the most exciting tag team in the WWE is right now. If I had to pick who the most talented WWE performer currently on the roster is, though (factoring in mic skills and in-ring presence) these guys would both be on the short list, although I'm not sure anyone has the presence and mic skills of Enzo Amore. Seriously, watch this guy even if you don't like wrestling. He's incredible! These guys have been incredible in NXT and have already made a massive impact on the main roster, even with Enzo sustaining a pretty frightening in-ring injury at Payback. These guys are what this sport is all about and they never fail to entertain. They're energetic, enthusiastic, and without a doubt the realest guys in the room. Ready for a closer look at two guys who make all the haters look sawft? Then join me after the break... 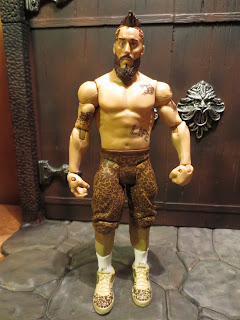 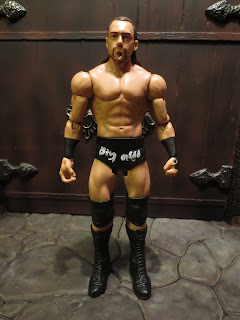 Non-Scalper Price: $20 for the Battle Pack 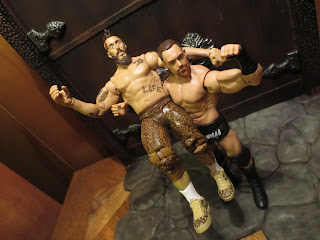 * Enzo and Big Cass are "Basic" figures which means they have more limited articulation than the Elite figures. Still, what they have isn't bad for $10 a figure and they feel incredibly sturdy. If you're just posing these guys on a shelf as part of your roster, basic figures should meet your needs just fine. These are really fun toys to play with and they can definitely survive some hardcore matches too, if you so desire. They're tough, sturdy figures and you can't teach that. 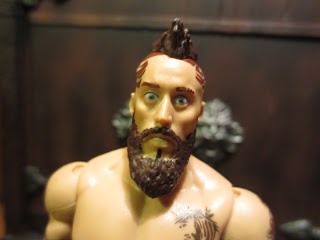 * Check out this intense look on Enzo's face! That's awesome! Enzo has the best facial expressions and Mattel perfectly captured one of them, especially the way his eyes look like they're about to pop out of his head. 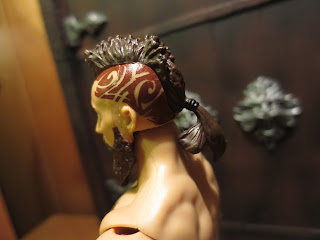 * Enzo has some crazy, crazy hair and it changes often. The sculpted hair and ponytail looks great here, though, and I even don't think that the shaved sides of his head look bad. Mattel used paint to try and go for this look and while they didn't quite match the color they did do a nice job of making the printing neat and clean. 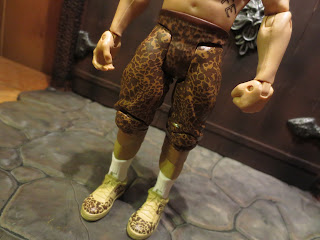 *Now only is Enzo Amore the Smacktalker Skywalker but he's typically the best dressed guy on the roster, too. Well, maybe second only to Cesaro. Anyways I love the attire on this basic figure which features Enzo clad in leopard print pants and shoes. Seriously, even this guy's in ring attire is loud and proud. Unless you're the realest guy in the room, you couldn't get away with wearing something like this! I dig it and the printing is great. Very clean and colorful. 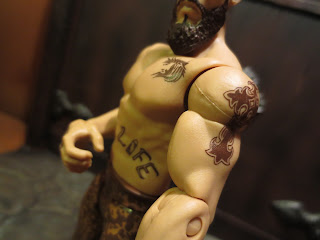 * While the basic figures don't have full color tattoos, that kind of works here since Enzo's tattoos aren't really all that colorful. There's an ornate cross on his left shoulder, a microphone on his right hand, a spiderweb on his right elbow (which he says is his prison tattoo from when he was never in prison), the number 21 on his right bicep, the word "LIFE" with a bullet for the "I" on his left rib cage, and what looks like maybe Christ with a crown of thorns. Or a woman Enzo dated with spiky hair. It's tough to say. 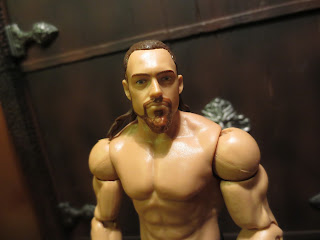 * Big Cass' likeness is also really good. Mattel has done an excellent job on both Superstars in this Battle Pack as they're both easily recognizable almost immediately when you look at them. 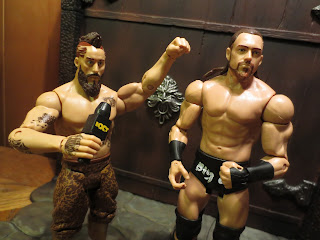 * While the sizes might not be perfectly in scale, I do like how Enzo does look smaller and shorter while Cass is tall and built. These guys look pretty good together. 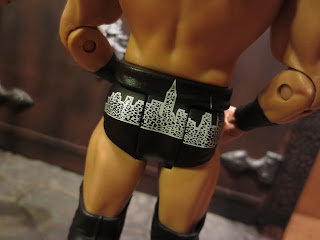 * On the back of Big Cass' trunks is a picture of the New York skyline. It's a solid print job and even though it's interrupted by his swivel hips it still doesn't look half bad. I'm digging it. Big Cass Parmesan likes to represent where he's from, y'know? 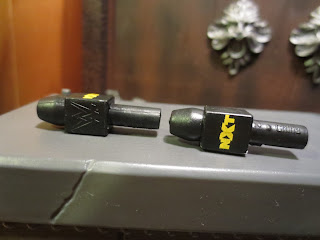 * Enzo and Big Cass come with two microphones branded with both the WWE logo (sculpted) and printed versions of the NXT logo. They're really great accessories, particularly for these two guys who just own at cutting at promos. It's good that Enzo Amore, the Smacktalker Skywalker, has his mic-saver for cutting up some haters. 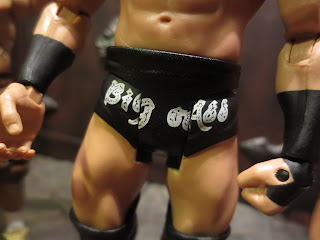 * Usually Mattel's printing on these figures is incredible. Well, Big Cass has a problem and it's kind of due to the way the articulation is designed. This outfit has "Big Cass" emblazoned onto the front of the trunks but, due to the where it's placed over the swivel hip, it looks like it says "Big Ass." Yeah, that's a little odd and definitely seems like it could have been better thought out. 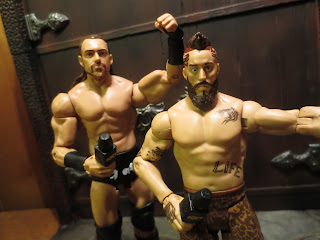 I think this is a pretty Epic WWE Battle Pack to be honest. Not only are both of these figures solid basic figures (with microphones included!) but they're two new characters who are currently on fire on the main roster right now. People love these guys and it just worked out really well that Mattel has released them when they did. These guys have a bright future and while I'm sure they'll make their way into the Elite series before too long, they'll probably have some wildly different outfits (Enzo changes clothes pretty frequently). I think these guys are definitely worth grabbing. Unless you're a hater.

These are the only figures of Enzo Amore and Big Cass to have been released thus far but I have reviewed plenty of other WWE figures from Mattel: