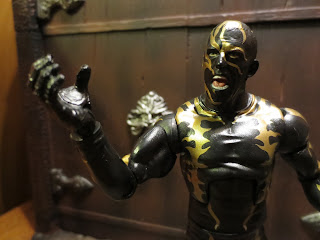 I just reviewed Stardust, the younger of the Rhodes brothers, and today I'm looking the elder brother: Goldust. Goldust has been out with an injury for a few months but he's supposed to be coming back in December, possibly at the 12/26th event at Madison Square Gardens. I really enjoyed his tag-team and feud with Cody Rhodes in his Stardust persona last year and I definitely wanted to snatch this figure up. And yes, Goldust looks a lot like Savage Oppress here. I can see it and you can surely see it too. If you long for the days of the overly muscular Hasbro Power of the Force II figures, you could put Goldust into your Star Wars: The Black Series collection as a stand in for Darth Maul's brother. Or you could pose him as a tag team champion next to Stardust. The choice is yours. Of course, don't decide until after you've read the review... 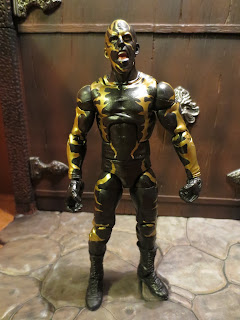 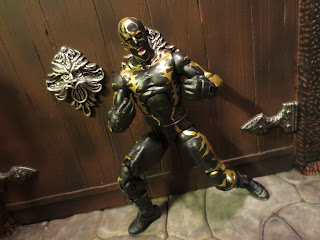 
*Who wants to repeat it along with me? Mattel's WWE Elite figures are sturdy, well articulated, and fun to play with! I've yet to find one that wasn't and Goldust is no exception. 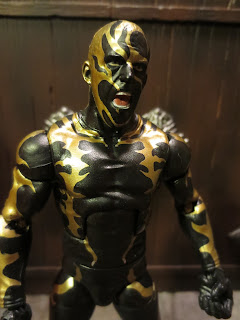 * Goldust has a pretty nice paint job with the black and gold color scheme. This isn't his look that most resembles Savage Oppress but it's definitely heading in the right direction. Granted, Goldust has been running this gimmick for years so perhaps it's more accurate to state that Savage Oppress kind of looks like Goldust. The paintwork is neat and clean. I really like the "Goldust" logo on his back, too. 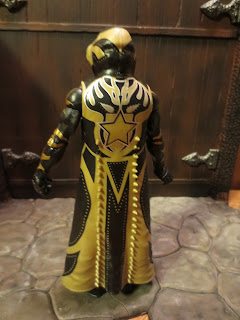 * Goldust comes with a rubbery plastic entrance robe that, with a little effort, can be placed over his body. It's a pretty decent sculpt and it looks quite cool when in place. There's some nice paintwork on it too, particularly the Goldust eyes and the star logo on the back. 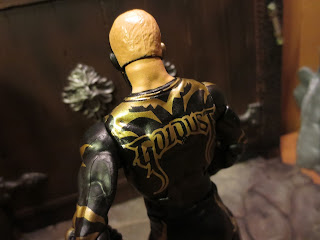 * I think this is actually accurate to Goldust's look during this period but I really dislike how the back of his head is showing. Since Goldust is bald, why not just paint the back of your head, too? It looks really bizarre that the paint is only on the face. 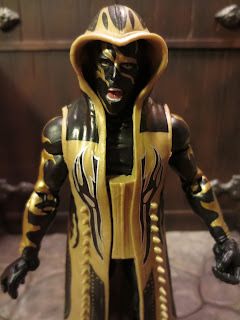 * While there is a zipper on Goldust's robes to keep them closed, the zipper here just looks odd. It's oversized and unpainted to hide the tabs that keep the robe closed. I really wish Mattel had found a better way to execute the zipper on the front as this just doesn't look that great. 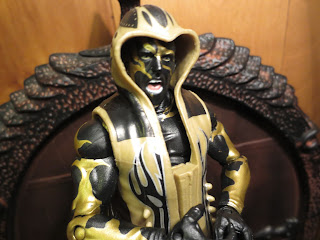 Goldust isn't one of the best figures in the line but there isn't anything detrimentally wrong with him, either. Overall, he's definitely a solid, Good figure. He's fun to play with and his robe turned out well for the most part. If you also have Stardust with the two tag team champions you'll probably enjoy this figure a bit more as the two make a great pair. If you've been looking for a modern update of the most bizarre superstar in WWE history, this could be the figure for you.

I've been reviewing a number of WWE Elite Collection figures lately, including: