Wrapping Up 2020: The Brat from Fortnite: Legendary Series by Jazwares Jazwares kind of randomly releases their Fortnite: Legendary Series figures, often with little to no warning, and the Brat seems to be the last figure of 2020. He showed up on my porch on Christmas Eve as sort of an early Christmas gift from myself to myself and I'm pretty thrilled with him. The Fortnite: Legendary series line didn't have as many releases this year as I would have hoped but they did put out some cool figures and the Bart is one of the coolest. And most bizarre. Yes, most bizarre indeed. The Brat is one of the in-game skins released in 2019 and he's designed to look like a hip-hop hot dog. This line gets weirder by the minute and I love it. Let's sink our teeth into the Brat after the break... 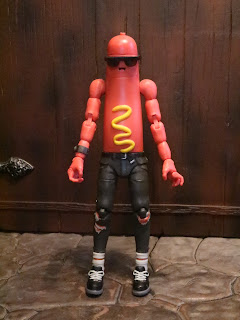 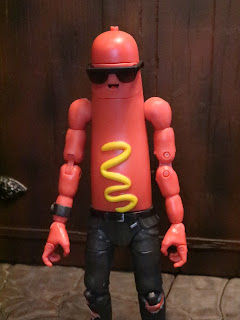 * The Brat's kind of a weenie. No, really. He's a hot dog with arms and legs. I mean, he's pretty simple overall, but he does have some cool stuff like the mustard happy trail on his lower body. 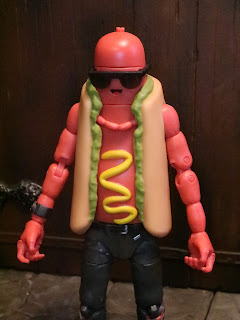 * He looks best when you've got his bun on him. It functions like a coat and adds some "relish" to the figure. Haha. yes, relish! He also has a necklace made out of cocktail franks. Delicious! 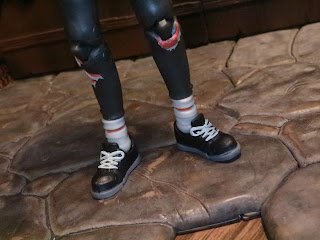 * His improbable legs are sporting some low-cut tennis shoes, some higher socks, and some ripped up pants. He's styling for sure. 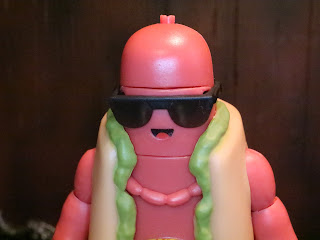 * The Brat has a hilarious expression on his face. He's wearing sunglasses and, for some reason, he reminds me of a friend of mine. I'm not going to say who but he totally looks like someone I know. 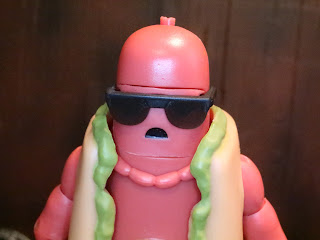 * His alternate face plate gives the Brat a bit of a surprised expression. He's like "Woah, what's up with that?" That's what everyone else is saying too, Mr. Brat. 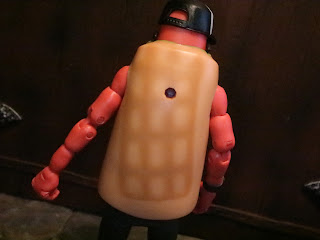 * Check out the back of his bun: Grill marks! I love it1 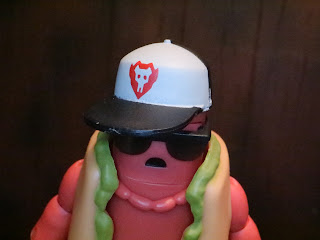 * The Brat's hat is really cool, too. Looking at some images from the game I think he usually wears it backwards but I wanted to show off the cool logo. With the hat on he looks even more like a friend of mine. 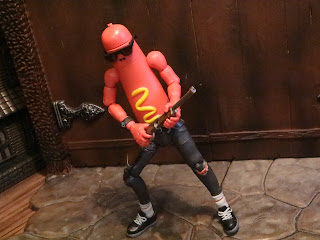 * The articulation is pretty strong on the Brat. He doesn't have any torso articulation but honestly, what would you do? His arms and legs move great and his hinged hands actually hold his weapons quite well. 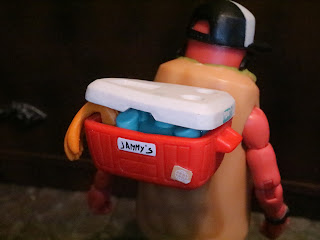 * The Brat's back bling is a cooler. It has a name tag that refers to it as "Jammy's" but I don't know who that is. The cooler doesn't open but it is sculpted inside so you can see some cans and.. is that Fishstick's arm? Yikes! 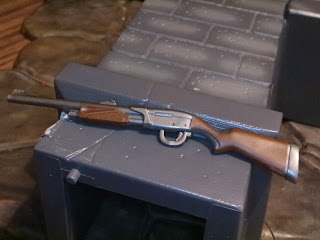 * The Brat comes with a few weapons, the first of which is a pump shotgun. It's a great sculpt and he can hold it well. Heck, you could use this in any number of 6-7 inch scaled lines and it would fit right in. 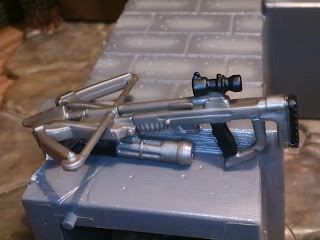 * Next up is the crossbow. A Festive Paper wrapped Crossbow appeared in the second Legendary Loadout set but this one is much better. It doesn't launch a missile but the sculpt is sharper and it's smaller so it fits the figures better. the gray and black just looks better, too. 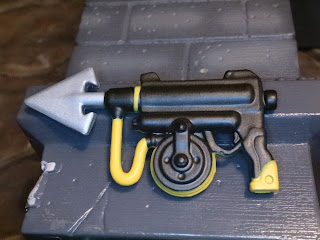 * The Harppon gun is really cool. It doesn't fire or anything but it does look awesome. The black and yellow paint scheme would go well with a Batgirl or Batman figure. 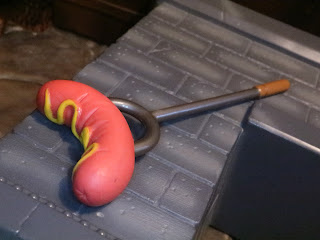 * The harvesting tool included with the Brat is the Knockwurst! The Knockwurst looks like a knackwurst with mustard on a giant roasting fork! 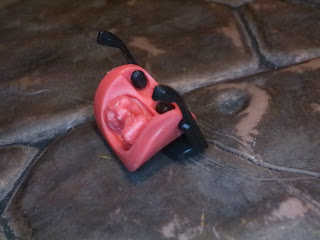 * My only complaint is that taking off the face plates on the Brat can cause some pressure on his glasses. Just be careful you don't give them too much pressure or catch them on anything. 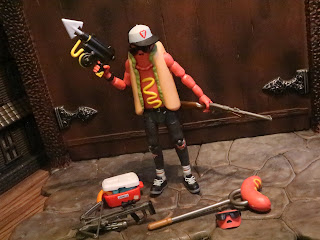 I'm a huge fan of this line and while I often tend to prefer the more "serious" characters, I love most of them and the Brat is one of the sillier characters done right! He's well articulated, has functional hands, looks crazy fun, and has some great accessories. This is a really fun series of toys and it seems like Jazwares has just released a pretty large drop of figures lately as deluxe figures and more standard Legendary Series figures are showing up in stores right now (mostly at Target, it seems). Hopefully 2021 is another big year for this line and, hopefully, we get some more women in the line. It's kind of a sausage party right now, pun intended.