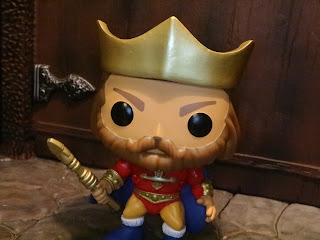 Funko dropped a lot of Masters of the Universe product in Janaury 2020 and today I'm looking at the last standard figure from the most recent series of MOTU POP! Retro Toys and it's He-Man and She-Ra dad, King Randor! King Randor was a staple of the Filmation cartoon series and Mattel finally put him in the vintage MOTU line in 1987. King Randor was part of a set of 1987 figures (Ninjor, Scareglow, Clamp Champ) intended to rely on heavy parts reuse so the vintage figure combined a new head, crown, and cape with the standard He-Man body, the Castle Grayskull spear, and Jitsu's armor to deliver a brand new figure. I vividly recall getting King Randor for Christmas, though I was young enough to not remember the year. It may have been 1988, possibvly the same year I got the Slime Pit (I'm on the younger side of MOTU fandom and didn't get into the line until it was past its prime). Sadly, my vintage King Randor was one of the figures I sold in the mid 1990s to buy Star Wars stuff, so every King Randor item I get is just tiding me over until I can finally pick up a vintage Randor again. Let's check out King Randor #42 after the break... 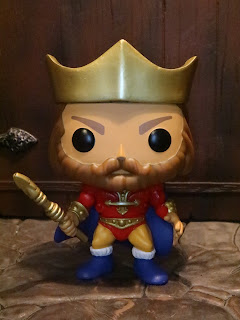 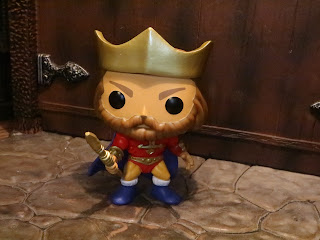 The Positives:
* King Randor is a standard Funko POP! which means he's got a swivel neck so you can give him a bit of a pose. He's quite cool and I really like pose he's in. While it looks fairly neutral he definitely takes on a more sinister look when you pose him with his head turned to the right looking over the tip of his spear at some unfortunate Evil Warrior. 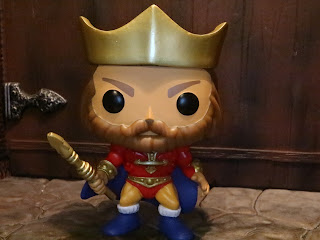 * While the vintage King Randor was mostly made of reused pieces this POP! gets a completely new sculpt. His armor is slick and quite regal looking plus he's rocking those bracers. 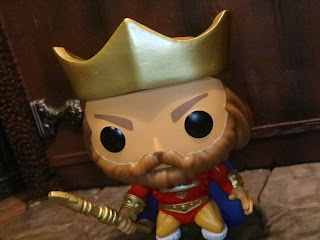 * For quite some time King Randor has been the subject of many Burger King jokes. Yeah, yeah, he does kind of look like the Burger King. This version of Randor really does a good job of capturing the vintage figure, particularly the stern eyebrows, the manly beard, and the oversized gold crown. It's good to be the king, I suppose. 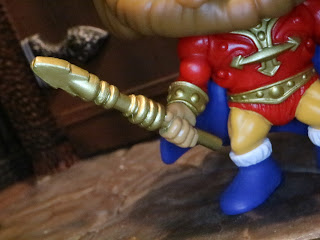 * While the bottom is a bit shorter, King Randor's spear looks pretty accurate to the vintage accessory. Originally from the Castle Grayskull weapons rack the spear was also given to Whiplash in orange before Randor got it in a very regal gold. 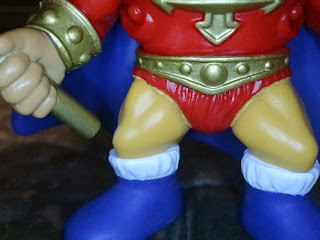 The Negatives:
* The line of Randor's trunks doesn't look like it was painted too cleanly, as you can see that the color of his pants (or legs?) kind of goes over the trunks. 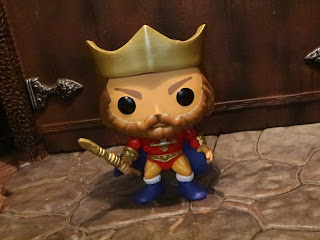