Happy New Year! Well, 2020 is over and 2021 begins! I've had a week that's been very busy as I've been with my family nearly every minute of the day but also not busy at all since I'm still on Christmas vacation from work until Monday. I've made sure to fill the time with some cool stuff. My daughter got a bunch of Harry Potter Lego sets, so we've been building up a storm. Also, we did Christmas with my wife's family via Zoom on Saturday. Our Christmas felt like it lasted 4 or 5 days! Of course, we've also been checking out lots of cool stuff. What, you might ask? Read on and find out... 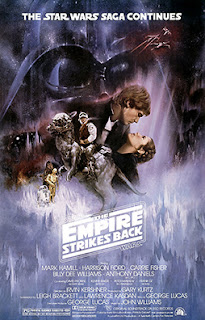 We've been watching through the Star Wars films in a really weird order with my daughter and we finally got around to watching The Empire Strikes Back, which is the greatest Star Wars film of all. It's amazing how good this one is. My daughter asked me what my favorite part was and I told her it's basically from the time the opening crawl starts until the music blares at the end. She said that wasn't specific enough so I decided it's from the moment we first see Vader and Lando in the carbon freezing chamber through Luke's rescue while hanging from the bottom of Cloud City. Better?

She really loved Yoda in this one! This all started with me wanting to watch Return of the Jedi which she got into, then she wanted to watch ROTS because a friend of ours showed it to his daughter who is now scared of senior citizens because of Palpatine's face getting warped. Then we ended up watching A New Hope, Episode 1, Episode 2, and, finally, ESB. My daughter really liked TFA when it came out but hasn't seen it in a few years so we'll probably watch it soon. I guess we'll make our way through the Sequel Trilogy next. 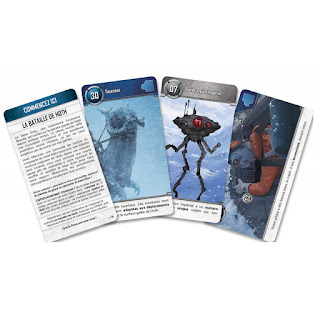 I received Star Wars: Unlock! for Christmas and immediately after watching ESB we decided to play the mission "Escape from Hoth." This is a card and app based room escape game with three different scenarios and this one basically takes you through the events of the first act of The Empire Strikes Back. It's quite fun with good art, clever but not obtuse puzzles, and an interesting play mechanic where you actually pick 3 skill cards from a set of six options which give you some hints or guidance in the game. A knowledge of Star Wars is definitely helpful, though probably not required, but it absolutely made things easier for us as you'll have an idea what is expected of you in each scenario. 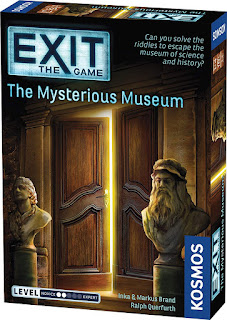 Since my whole family likes room escape games (the only one who probably likes them as much as me is my daughter), I bought a couple different Exit: The Game scenarios for everyone. I've never played an Exit before so this was my first experience. Unlike Unlock, Exit only uses an optional app for ambient music and time keeping and it requires you to sometimes cut apart and damage pieces. Everything else is handled through cards, a guidebook, and a decoder wheel. Exit feels a bit more like a traditional room escape scenario. The first puzzle or two in The Mysterious Museum actually had us very frustrated but after we got our bearings we did quite well. I liked the differences in some of the puzzles that used the objects included with the game. One had us discovering a game piece had glow in the dark codes while another had us building a thaumatrope. They're usually less than $10 bucks and are really a one time play but for a group that's not bad. I've got one more on hand to play and depending how that one goes we'll see if I invest in more. I don't like the presentation as much as Unlock but the puzzle solving is clever for sure. 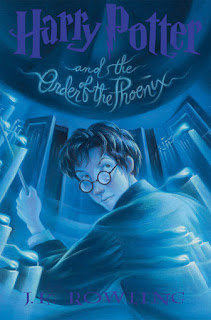 It's taken us about two months but me and my daughter finally made our way through Harry Potter and the Order of the Phoenix! This was the first of the books I read upon it's original release and I recall reading it over a long weekend camping trip with my parents while I was in college. While Goblet of Fire definitely gets dark at the end, Order stays fairly menacing throughout. My daughter definitely enjoyed the book and we talked regularly about what was going on but I will say that it wasn't as enchanting to her as the previous books have been. She loved Dumbledore's Army, Luna Lovegood, and the goings on with the Order of the Phoenix themselves but I think it was a bit jarring for her to see things changed so radically at Hogwarts. Having not read this one since it came out in 2003, I was quite surprised by some of the elements I'd forgotten. I'm definitely enjoying re-reading these, especially getting to experience them through my daughter's eyes. We've already started Harry Potter and the Half-Blood Prince so the journey continues. 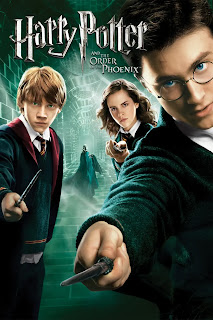 Of course, after finishing the book we watched the movie. While it's not as sprawling as most of the others (it's the second shortest film after The Deathly Hallows pt 2), Order of the Phoenix is quite well done. It feels more coherent as a movie than the two previous films, which felt like you really needed to read the books to make sense of everything. Order of the Phoenix just has a simpler story than the previous few books and director David Yates does a good job of staying on one theme and following it. Yates' vision for the films definitely begins to lose some of the charm of the early movies (magical creatures, ghosts, and bizarre wizarding world elements get left behind) but the performances are all top notch and there is definitely a sense of anxiety captured that makes the audience feel that there are real stakes involved. 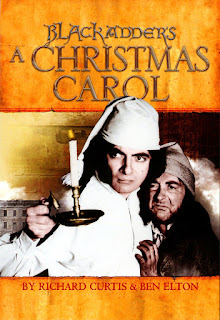 I received the complete Blackadder for Christmas and, of course, I had to watch Blackadder's A Christmas Carol. Rowan Atkinson plays Ebenezer Blackadder, one of the nicest men in England. He's kind, generous, patient, and played by Rowan Atkinson, so you know you're in for some hilarity. When visited by the Spirit of Christmas on Christmas Eve (played by Robbie Coltrane looking just like a younger Hagrid) who just wants to check in on him and thank him for being so wonderful, Blackadder learns that his relatives, both past and future, were terrible people who got ahead by being awful. In a reverse Scrooge, Ebenezer Blackadder ends up becoming a terrible person himself, missing out on a reward from Queen Victoria. It's one of the best alternate versions of a Christmas Carol and it's well worth tracking down if you're a fan of a Christmas Carol or Rowan Atkinson.

Let's kick of 2021 with a look at the most popular reviews and articles on Action Figure Barbecue, shall we?

Luke Skywalker (Jedi Knight) from Star Wars: The Black Series is a review from a year ago that jumped to the top on it's second week. Gee, I wonder what could have got folks excited to check out this older review again, huh? Man, Luke's appearance in The Mandalorian season 2 finale was amazing. I bet this guy's going to be hot again. How long until you think Hasbro releases a version of Luke Skywalker from The Mandalorian?

Snake Mountain from Masters of the Universe Classics is on it's second week and I'm glad folks are reading this one as it was a beast of a review. Super7 really capped this line off with an impressive piece. Even though I have some quibbles with it, I'm sure glad to have it on my shelf.

IG-11 from Star Wars: The Credit Collection is on his third week and standing strong. The Credit Collection is a series of repaints based on the excellent concept art shown during the end credits of each episode of The Mandalorian. This is a series of repaints with a new roleplay credit accessory but since they look fantastic and nearly everything based on The Mandalorian sells like nerf nuggets at a podrace, these are hot, hot, hot!

Barbecue's Ramblings: 10 Star Wars: The Black Series Figures We Need From The Sequel Trilogy Era is the first of what is planned to be a series of top 10 lists and stuff just giving me a place to ramble on. It's proven to be quite popular and is here for it's third week. Jump over there and let me know what you think! Who has Hasbro neglected from the first 5 Disney Star Wars films.

Luke Skywalker & Yoda (Jedi Training) from Star Wars: The Black Series is the only new debut this week. Hey, it's a good time to be Luke Skywalker right now, you know? This was a great 2-pack from 2020 and captured a classic scene from the greatest of the Star Wars films!

Obi-Wan Kenobi (Jedi Knight) from Star Wars: The Black Series shows us that people still love the Prequels and, especially, Obi-Wan Kenobi. He's on his second week here. Who else is ready for the Kenobi series?

That's it for this week. I'm going to be trying to catch up on 2020 releases before my best of 2020 awards in February so stay tuned!