Wrapping Up 2020: Skeletor from World's Smallest: Masters of the Universe by Super Impulse 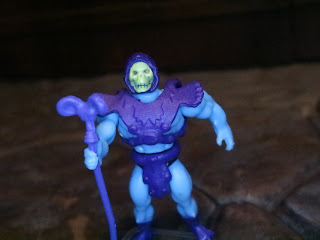 Since I've already reviewed the World's Smallest He-Man how about a World's Smallest Skeletor to go along with him? I was really impressed with He-Man. I thought these were going to be kind of a silly novelty toy but they're actually quite cool, kind of like a Micro Machines Action Fleet or TMNT Mini Mutants figure. The fact that the come with mock packaging which you can use again and again is one of the neatest things about these releases. Super Impulse has released lots of nostalgia toys in the World's Smallest line for years but in 2020 they really started getting into vintage action figures with releases from Transformes, TMNT, G.I. Joe, Power Rangers, and even Mego horror characters. Let's tale a look at a whole lot of evil in a small package after the break... 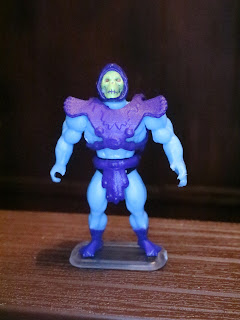 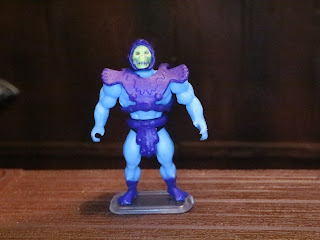 * Despite his small size this is easily recognizable as Skeletor. In the He-Man review I showed how small this guy truly is and I'm still impressed by how detailed his armor and face painting are at this scale. You'd expect a little, blurry mess but you actually get a pretty decent sculpt. He looks just like the vintage Skeletor figure. The armor and belt are even separate pieces permanently attached to the figure. Yowzers! 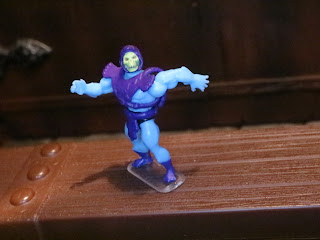 * Skeletor does have a bit of articulation: Swivel shoulders and a swivel head! It's not much but it's definitely more than you usually expect from this scale. He seems like a fairly durable little guy, too. 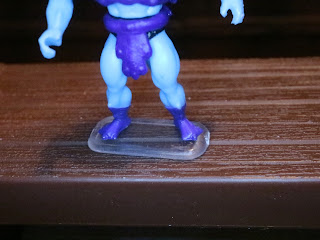 * Since he's so tiny Super Impulse even included a little stand for him. It plugs into one of his feet and keeps him standing strong. He doesn't actually need it, as he'll stand fine on his own, but it's still better if you don't want him to accidentally topple over. 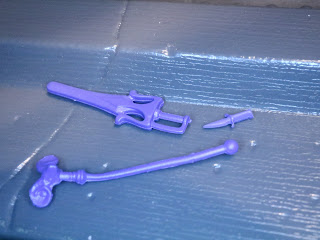 * Skeletor comes with three teeny, tiny weapons: His Havoc Staff, the purple half of the Power Sword, and a dagger. They're quite nice but, wow, is that dagger tiny! 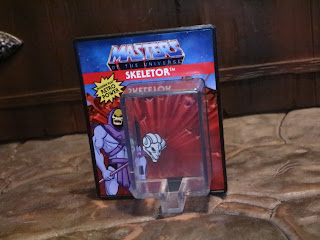 * The figures in this set come with a little blister card that's inspired by the vintage line. It's not exact, which would have been cool, but it's still a very neat extra. The blister and the card are plastic (the packaging art is a sticker) and it shows off a Filmation styled Skeletor relishing in being evil. 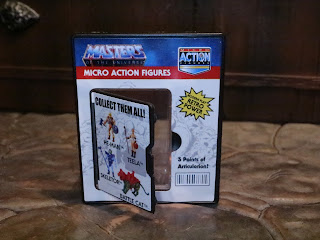 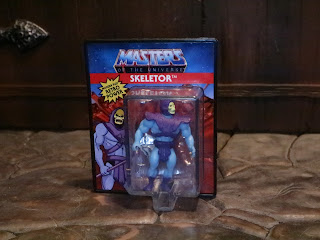 * This is a really cool way to display the figure. There's even a small plastic tray inside to keep Skeletor in place. The weapons just go in loose, but that's expected at this scale. 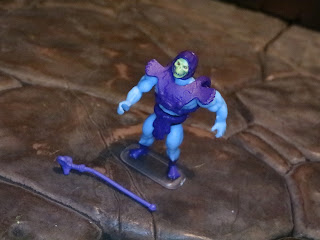 * Skeletor can hold his dagger and sword just fine but the Havoc Staff tends to be a bit loose in his right hand. 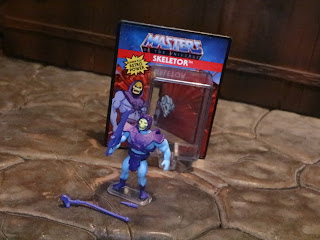 Skeletor is another Epic minifigure. Seriously, I love these little guys! These are so darn cool and I really, really hope Super Impulse continues this line. It's really fun to have these tiny guys hanging around on the shelf, especially because of the reusable mock packaging. That's such a fun, brilliant feature! These are well worth tracking down and are easily worth the $6 bucks. Heck, I'm sure you could have some fun having your larger MOTU figures use them as action figures themselves! Imagine Skeletor staging a Dark Helmet like battle with these little guys!

For more World's Smallest: Masters of the Universe from Super Impulse check out the following:
He-Man