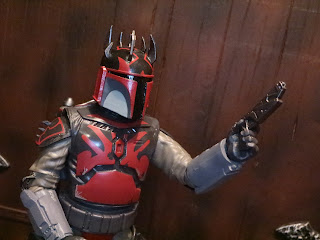 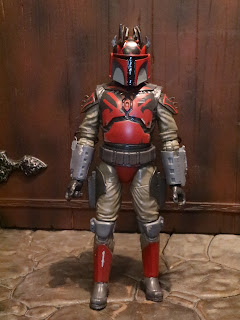 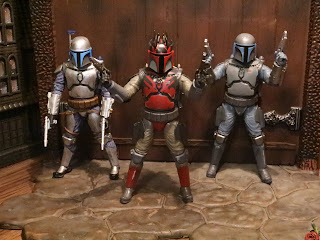 * The Mandalorian Super Commando (center), like the Mandalorian Loyalist (right), is based on the Phase III Jango Fett figure (left). Overall, the Super Commando uses most of Jango's mold, though Hasbro did give him new thighs, a new belt (which he shares with the Loyalist), and a new head and shoulders. It's smart reuse and makes for a really cool figure. 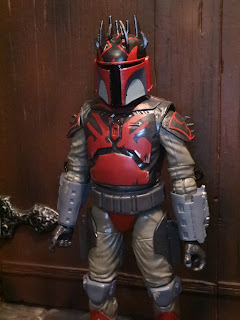 * This guy is sharp like a tack! Seriously, this is an incredible looking figure. Jango Fett's armor was a good sculpt already but adding those black and red Darth Maul inspired paint applications really makes this fellow stand out. 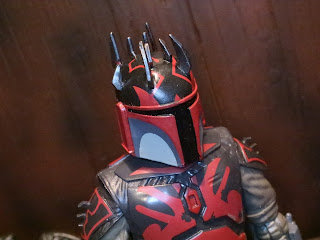 * The helmet is a fairly standard Mandalorian helmet but the Super Commandos have adorned the top with the Zabrak inspired horns for extra intimidation value. Seriously, these guys look pretty menacing, don't they? 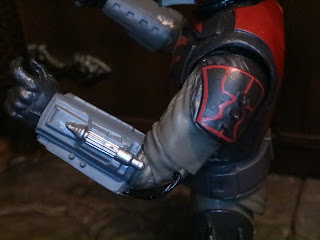 * The new spiked shoulder pads on the Mandalorian Super Commando's shoulder pads are very cool loking and, of course, he's also sporting the same vambraces as Jango. There are a few paint applications on the vambraces, too, and they really help bring out the details. 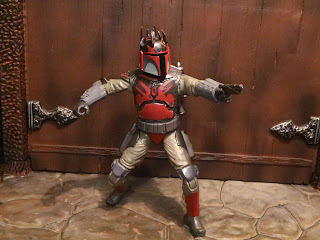 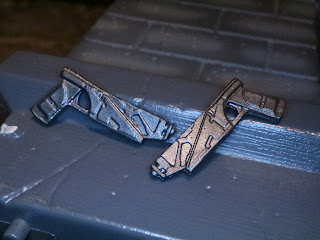 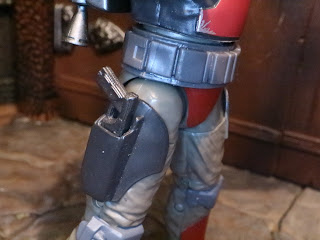 * The hips are new on the Mandalorian Supr Commando and they both have holsters for the Westar-35s. The blasters slide in easily and stay in place securely. They're incredibly efficient! 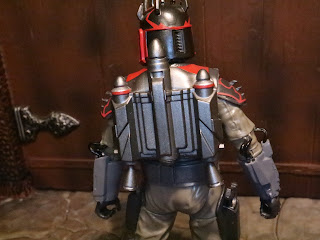 *  The Mandalorian Super Commando sports a JT-12 jetpack with a few paint details on it. It's not as intricate as the paint work on the Mandalorian Loyalist but it's still customized to match grey and red of the Commando's outfit. It plugs into his back and stays on quite securely. 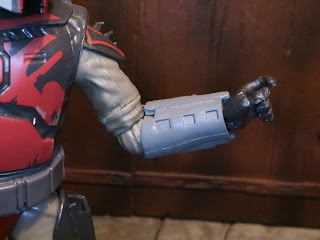 *  My only real complaint with the figure, besides the abysmal availability, is that the range of the motion on the elbow is definitely not impressive. This is an older sculpt, though, and hopefully Hasbro will retool some new Mandalorian parts in the near future to craft more figures from The Clone Wars and more members of the Tribe. 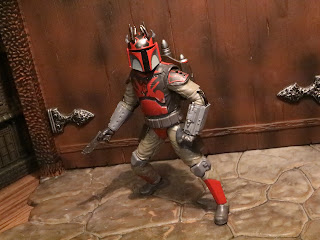 The Mandalorian Super Commando is a Great figure and definitely one of my favorites from 2020. I'd love another accessory or two and some updated elbow joints would have been nice but, as it stands, this is still a very desirable figure. How cool does this guy look? Considering that Mandalorians and Darth Maul are always very strong sellers I'm amazed that Hasbro hasn't tried to put out every variant of the Super Commando they can. The female variants, the troops with slightly different helmets, Gar Saxon; they'd all make great figures!