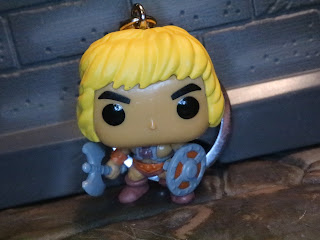 How about we start this week out right with a new for 2021 review? Today I'm checking out the He-Man POP! Pocket Keychain from Funko! Two big boxes of new Funko stuff just showed up at my door last week and I'll be slowly working my way through it through the rest of the month. I've picked up a couple of the little POP! Pocket Keychains before as a novelty but I'm all about the Masters of the Universe ones. Funko has been handling the MOTU license 2013 but this is the first sculpt of He-Man that's truly based on the vintage toy. He's quite cool and allows you to carry the Power of Grayskull in your pocket. Ready to check him out? Then join me after the break... 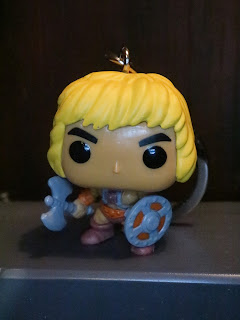 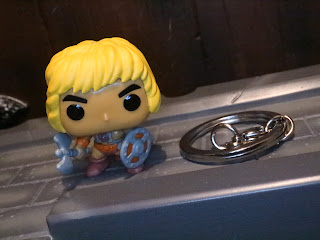 * One of the things that I consider a plus is that the keychain is completely removable from the figure. Now it's a very solid looking keyring, don't get me wrong, but it's nice to have the option to simply display a little mini He-Man POP! rather than a keychain if you want. Just unscrew the keychain and you'll have a little POP! with just a tiny hole in the top of the head. 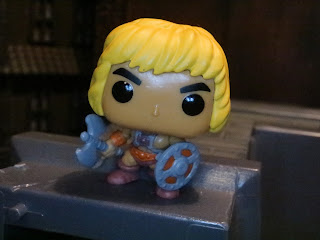 * Funko will issue one sculpt of a character and then use it in the regular POP! line, the giant size figures, and in little novelty merchandise like this. This is a new sculpt of He-Man from what they've previously offered and he looks fantastic. He's much more stern looking with a darker skin tone than the previous Filmation inspired He-Man POP! vinyls. He's also packing two of his weapons from the vintage toy, so you know he means business. 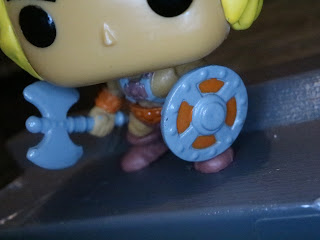 * The detail on He-Man harness is pretty nice considering this guy is only an inch and a half. Furthermore, he's carrying an ax and a shield. They look really nice. Heck, even the paint apps on the tiny shield are pretty slick. 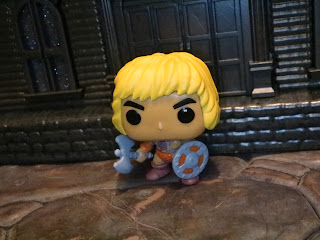 This is a pretty cool little He-Man figure! I'm not going to use him as a keychain, but you could! The sculpt is really good and I like how Funko has styled this version of He-Man after the vintage action figure. He's a Good and a 1/2 little trinket/ minifigure. I like the Monogram International bag clips a little better but I'm not going to say no to more MOTU products out there!

I've reviewed so many toys based on He-Man/ Prince Adam that he has his own review archive. Check out Fabulous Secret Powers for a bunch of He-Man toy reviews!

If you're looking for more Funko POP! Pocket Keychains check out the following:
Chucky from Child's Play 2