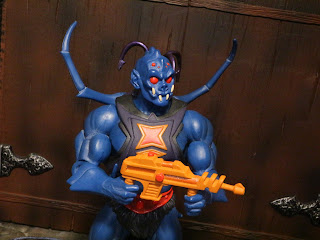 Let's wrap up Masters of the Universe Day 2022 with a real winner from the greatest Masters of the Universe toyline of all time: Get ready for Webstor from Masters of the Universe Classics. Released in September 2009, Webstor was the first figure of the first subscription offered by MattyCollector. While the line started in 2008, it wasn't until 2009 that it started really getting some major attention and experiencing some crazy sellout times. While some figures stayed in stock for a few days (Skeletor stayed up for 10 days, the Goddess for 13 days, Zodak for 12 days, and Webstor for 6 days) others were gone within an hour (Man-At-Arms sold out in 41 minutes!). To kind of help out with this Mattel began offering the pre-sale subscription plan with a truncated 4 month subscription for September through December of 2009 soon followed by a full 2010 subscription. Webstor, the Evil Master of Escape, was one of the vintage 1984 figures and since we're focusing on that year of the vintage roster this month he's getting some special attention. Let's take a look at Webstor after the break... 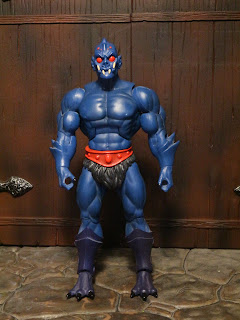 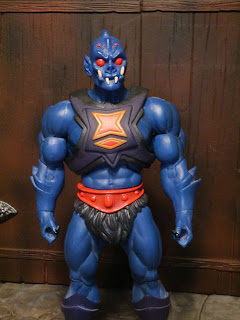 * Webstor looks excellent in MOTUC. The simple, clean, and classic aesthetic of the line really showed off the beautiful colors and design of the vintage toys enhanced by the Four Horsemen's sculpting. Webstor is a fairly basic figure with the finned arms and crazy boots. His blue skin meshes nicely with the purple, black, and red highlights, causing the black widow inspired symbol on his chest armor to stand out.The armor is a separate piece and it's easily removable if you want Webstor to run around without it. 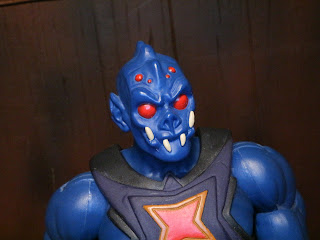 * Webstor has a really creepy headsculpt and it looks fantastic here. I love his multiple red, beady eyes and those fangs. Two on top and two on the bottom. There's really nice work on his ears and the spiny ride on top of his head, too. He's far more menacing than your average member of Skeletor's team. 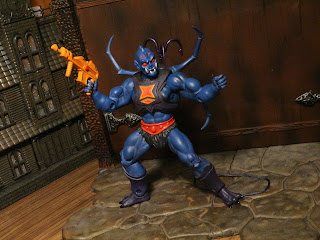 * While the figure is over 10 years old at this point and might be a little outdated by today's standards, these are still solid, durable toys with great movement. I love the blending of the sculpt and articulation on these figures and I still don't think any MOTU line has yet surpassed these in the melding of form and function. I do have hopes for Masterverse, though, especially with the upcoming releases they've showed off. We'll see how things develop. 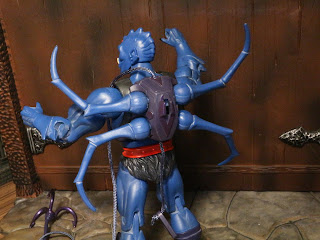 * Here's Webstor's backpack. It's a separate piece that can attach to the back of his armor and it's inspired by both the vintage toy and the NECA Staction figure designed by the Four Horsemen. The Staction introduced the extra legs to Webstor and while they were longer on that piece, including them here was a very cool extra. An arachnid's gotta have eight legs, right? 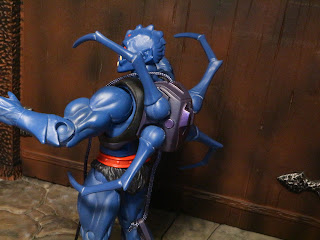 * Each of the legs has a swivel hinge joint, giving them a nice range of motion for posing them in a few different ways. They really add a lot to the look of the figure. 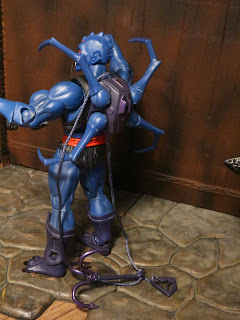 * Webstor also has a grappling hook that runs through his backpack. Unlike the vintage toy, this hook doesn't actually work via a pulley mechanism to allow the figure to climb up and down the rope. Instead, it's simply threaded through the backpack. This was actually a big point of contention early in the MOTUC line as I believe one of the ads for Webstor (the earlier figures actually had full page advertisements in magazines like ToyFare) implied that it worked like the vintage toy (it might have said something similar to "just like you remember." The hook and rope are strong enough to allow Webstor to hang from it, though, if that's how you want to display him. 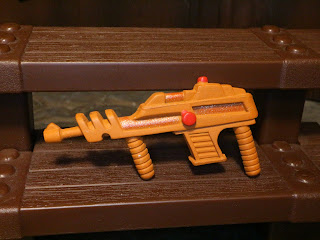 * Webstor's laser rifle is excellent. The vintage rifle he used came from the Castle Grayskull weapons rack and was simply molded in orange plastic. This one gets a slightly more elaborate sculpt and has some excellent red and copper highlights. It's one of the nicest looking weapons in the line. 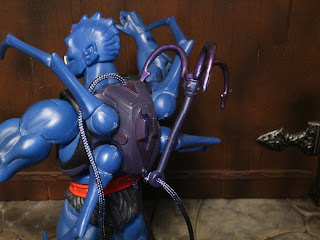 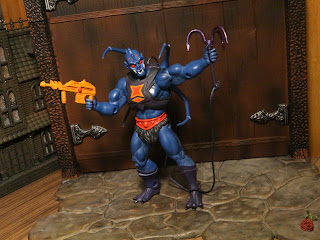 Webstor turned out really well in MOTUC and is a Great and a 1/2 figure from that line. The first year of the line was incredibly strong and Webstor definitely gets overshadowed by many of the figures released. Still, he's an excellent addition to the Evil Warriors and a figure that Webstor fans won't want to miss. Webstor isn't as heavily merchandised as many other MOTU characters so it's always a treat when he shows up. Thing he'll appear in Masterverse at some point? He appeared in Revelation and could always be done based on the vintage appearance or a New Eternia look, so it's certainly possible.

Webstor is finally starting to get some respect around here! For more Webstor reviews check out the MOTU Origins Webstor, the Funko POP! Webstor #997 and Webstor #997 (Metallic) and the Vinyl SODA Webstor.

For more Masters of the Universe Classics reviews from Mattel's time with the line check out the following: