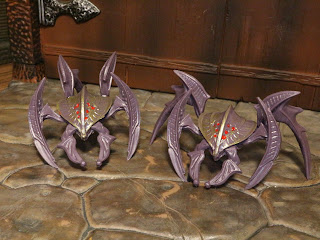 Are you ready for some new Final Faction reviews? I hope so! Last weekend my wife and I went into a Dollar Tree and I stumbled upon the new series of figures (General Diabol, Krepitus, and the P-131) and the new series of drones and such. I snagged one of everything except for the P-131, which I grabbed two of). It's pretty cool how diverse the Kharn warriors in this line have been so far; they remind me if the enemies from Gears of War. Today I'm going to check out the Crawler pack. This pack contains not one Crawler but two. Yes, two! These are small guys but they're pretty nifty and you get two of them in a set. I'm probably going to snag another set when I see them again as they're really cool. Ready for a look at this pair of Kharn pests? Then join me after the break... 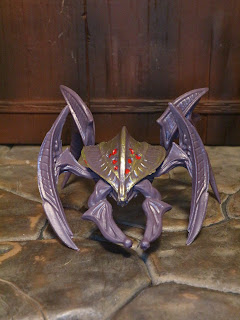 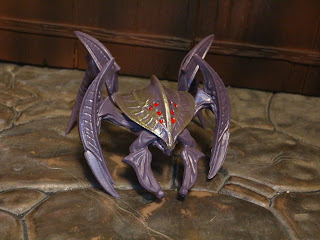 The Positives:
* This is a really wicked looking little bug. I love the sleek look of the body. It looks like the Crawlers have some sort of chitinous shell but with a metallic sheen to it. The legs are super cool too. They look sharp. Is the Crawler some sort of hybrid with both organic and mechanical parts? The packaging refers to them as creatures but so many of the Kharn designs look engineered or augmented. 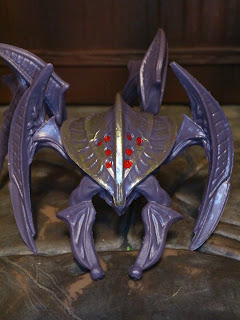 * The little red eyes on this thing are creepy. It's got eight of them and they're quite piercing. 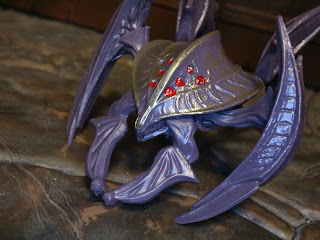 * The mandibles on the front of the Crawlers are hinged and slide open and closed to attach the Alpha Team 1 members. 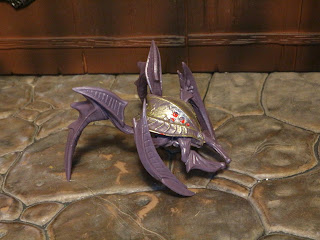 * The four large legs are also hinged and swivel back and forth to accommodate different standing poses. It's a really solid design and makes the Crawler one of the most fun figures in this series to date. 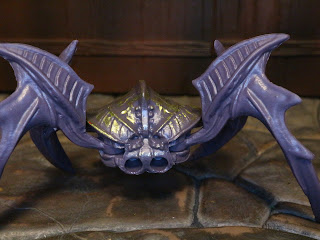 * Not only does the back of the figure have more weird little details but there are also some ports for what I assume are accessories from an upcoming accessory pack. Could these little guys get some extra armaments? It seems likely. 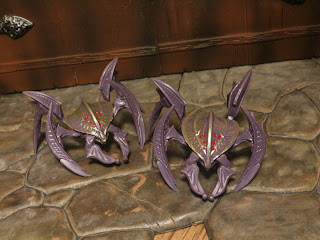 The Crawlers would be really cool accessories in any toyline but the fact that they're available in a set of two for $1.25 in Final Faction is amazing. These guys are fun and could be worked in pretty much any toyline out there. Army build them, customize them, have them fight any other figures you own; the options are limitless! This is an Epic little set and you're definitely getting something pretty cool for a buck and a quarter. Over the next week or two I'm going to be checking out the rest of the defensive turrets and the new figures so stay tuned. There's more Final Faction coolness to come.
This is the first figure of the Crawlers I've reviewed. For more Final Faction reviews check out the following:
Amari
Arrow ATV
Arrow ATV Weapons & Armor
Churro & FD-0
Riptide
Spc. Scope
Torn
Posted by Barbecue17 at 4/03/2022