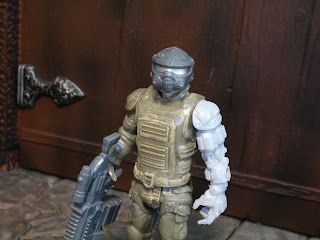 We're another figure closer to reviewing all of the first series of Alpha Team 1 characters with today's review of Master Sergeant Steadfast. Steadfast is the leader of Alpha Team 1 and also an excellent baker. There are lots of accessory packs that he can utilize and more coming out for him soon but this is the basic figure. Want to check him out? Let's jump in after the break and see if Steadfast has what it takes to lead... 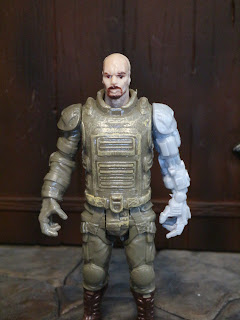 * As is the case with so many of the Final Faction releases, the paintwork might be sparse but the sculpting is overall quite good with lots of excellent detail. Steadfast is another figure wearing some fairly basic military gear. Clad in tannish-brown body armor, Steadfast also has some paint effects on his torso to highlight some of the detail in his armored torso. He's also sporting shoulder, elbow, and knee pads and a carabiner of sorts hanging from his belt. 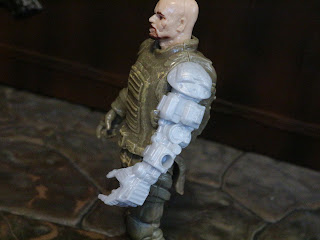 * Steadfast is a grizzled old veteran and he's not only sporting a robotic eye but he also has a robotic arm. The sculpt is solid and there's a hole on it to attach an item from one of the accessory packs. 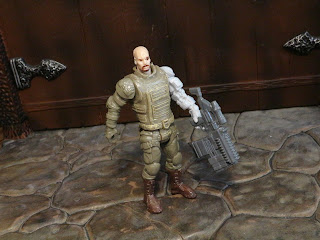 * These are basic figures with five points of articulation. They're fairly sturdy and move well. They're simple but fun with a nostalgic appeal. 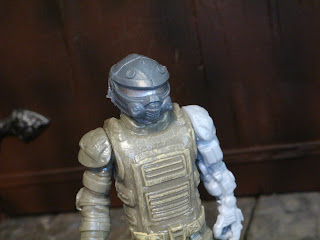 * Steadfast's helmet is really cool. It looks awesome on him and it even has a silver paint app for the visor. * His rifle is pretty impressive, too. It's a slightly futuristic look (Final Faction takes place in the 2050s) and it's sporting a very large magazine, a small stock, and a scope. This thing looks like it'd be pretty useful for taking out the Kharn. 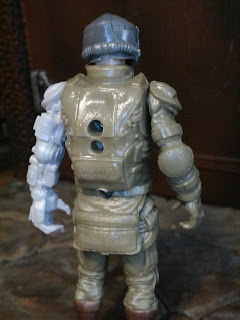 * Turn Steadfast around and you can see that he's wearing a backpack. It's a pretty cool sculpted element though since it has a port hole you can also attach a smaller back or something else on here if you'd like.

* The back of Steadfast sure could have used an extra paint application or two, right? There's a lot of detail and something to bring it out would have been quite nice. 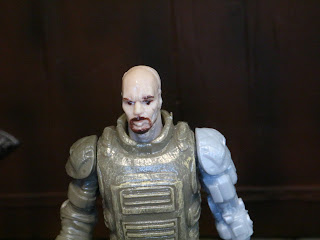 * I'm not liking Steadfast's headsculpt. It's just one of the weaker ones in the line. He's also missing his glowing left eye which is a big part of the character. 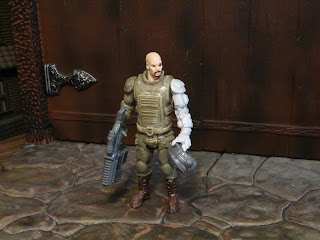 Steadfast is a solid figure who merits a Good and a 1/2 rating from me. He's got some solid details, a cool robotic arm, and excellent accessories. I just wish the headsculpt was a bit better and that he had a few more paint applications to bring out all of the details. He's fun and it seems like there are lots of upcoming accessory packs to really gear him up even more. The first series figures are still easily found so shop around if you still need a Master Sergeant Steadfast or the rest of the original crew. Now, go earn that cookie!