Masters of the Universe Month: Battle Armor He-Man #562 from POP! Television by Funko 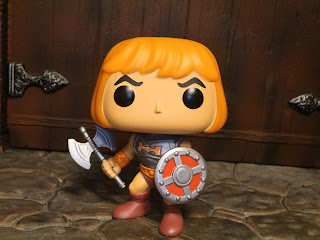 Battle Armor He-Man was quite possibly my favorite He-Man as a kid. Yeah, I loved the "original" He-Man since he was the most classic and the default version of the character, but there was just something awesome about 1984's Battle Armor He-Man that really appealed to me. I'm a still a huge fan of this variant and it's fun to pay tribute to him this year during Masters of the Universe Month 2022 where I'm checking out various toy interpretations of the 1984/ series 3 cast of characters. Funko has put out a bunch of Masters of the Universe product since they first started with the license in 2013. In 2013 they put out a modest assortment of figures but in 2017 they came back and started releasing more MOTU product, and they haven't really slowed down much since. Let's take a look at Battle Armor He-Man #562 after the break... 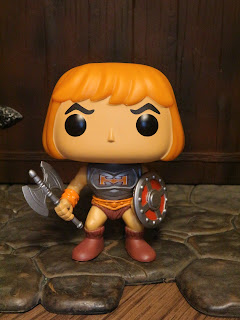 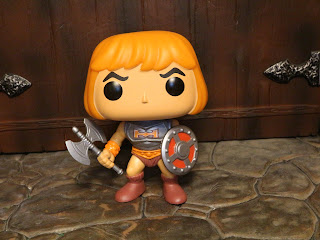 * Battle Armor He-Man is a very standard looking POP! vinyl: Oversized head, big feet, detailed body. His head swivels, just like most POP! vinyls (you know, other than Marvel and Star Wars) and he is sculpted in a bit of a battle crouch like the vintage toy. 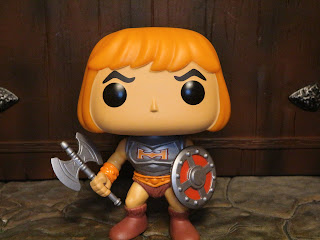 * He-Man is decked out in his battle armor here (hence the name Battle Armor He-Man) and Funko definitely did a fantastic job of capturing the detail of the armor. He-Man looks great, the armor is nicely sculpted, and the paintwork is really neat and clean. I'm surprised they didn't try to do some variants with the different battle damage panels from the chest armor. Not that that would have been terribly interesting, but it just seems like something Funko would do. 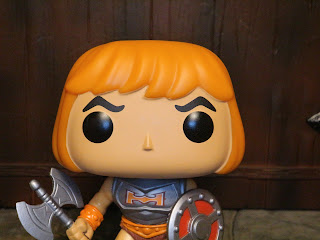 * Funko changed the He-Man headsculpt used here from the original 2013 version and this has been the default version they used until the more vintage toy accurate version after MOTU swapped from the POP! Television brand to the POP! Retro Toys brand. It's a good, classic He-Man had with very Filmation styled hair. 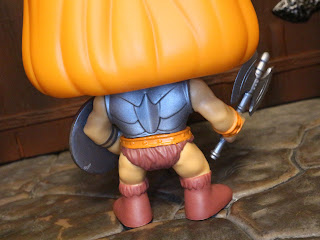 * The back of He-Man's armor has the really cool scale mail looking plate. I love the detail here. It's pretty gnarly looking. 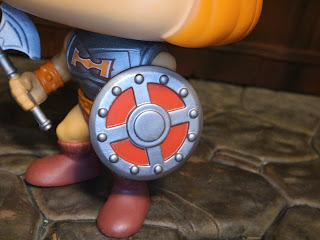 * While the vintage Mattel Battle Armor He-Man didn't come with a shield, this one does. The shield looks excellent, too. I love the silver paint used here. It's a very solid looking piece. 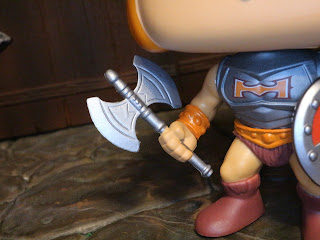 * I'm always a fan of the vintage toy axe and it looks fabulous here. Seriously, what a cool design! 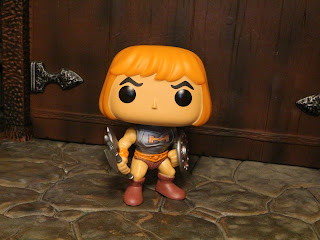 This version of He-Man turned out to be really cool. After Funko only released a few POP! vinyls in 2013 it seemed like they'd be a one and done kind of thing, not unlike so many properties Funko gets their hands on, but with relaunching the MOTU line in 2017 it turned out to be the beginning of what it is still a pretty robust line that's getting deeper and deeper. I really like this version of Battle Armor He-Man. For a Funko POP! he turned out really well and definitely warrants an Epic rating from me. I think he's one of the best released in the MOTU range so far.