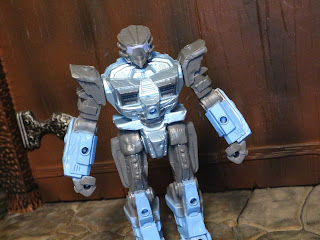 Ready for another look back at the first series of Final Faction figures from the end of 2020? Let's look at A.C.R.M., a mech piloted by Alpha Team 1's Boyd. Boyd is 15 and a wheelchair user so he uses a virtual reality augmented headset and a special suit to pilot the A.C.R.M., or the Augmented Combat Rescue Mech. It's a cool idea and for a while last year (early 2021) the A.C.R.M. was sort of difficult to find. Who doesn't like mechs? This guy is pretty fun so let's check him out after the break... 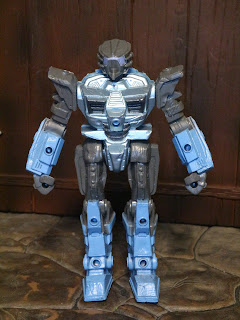 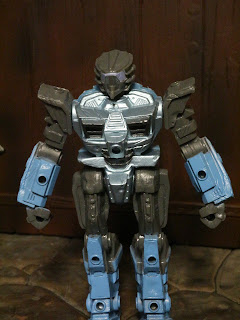 * The A.C.R.M. is really impressive looking with a lot of details in the sculpt. Seriously, this is a cool design and if you look closely you'll see lots of dents, scratches, and other traces of battle damage in the armor. You can tell the team working on these really puts in some crazy effort and it's a shame that the paint applications have to be minimized to get these at that $1.25 price point. Fortunately, A.C.R.M. looks petty good color-wise with a great mixture of blue, gray, and metallic blue. It's a solid color scheme and it really does quite a nice job of highlighting the sculpted details and design of the figure. 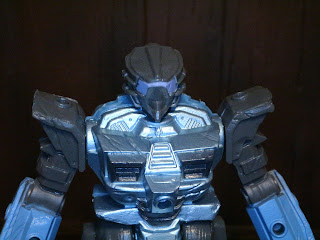 * The headsculpt is pretty cool. It's fairly basic so far as mechs go but there's nothing wrong with that. I like it. 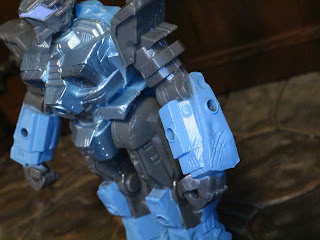 * Here's a closer shot of A.C.R.M.'s gauntlets with the battle damage visible. Also, it gives you an idea of how many ports for accessories are on the mech. The Air Assault kit really spruces this guy up nicely and he's got two ports on each forearm and a port on each shoulder. 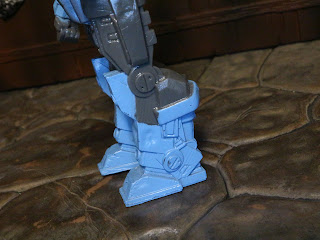 * He's also rocking some hulking robot boots. He's like an anime superstar, baby! His boots have a port on the rear and two ports on the front (one is on the knee), so you can add more boosters and such from the Air Assault kits to give him additional flight capabilities. 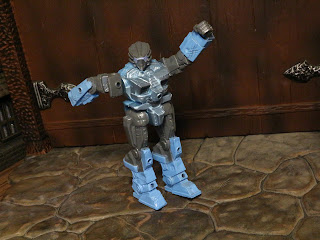 * These are basic figures with five points of articulation. They're fairly sturdy and move well. They're simple but fun with a nostalgic appeal. You know what you're getting here for sure. 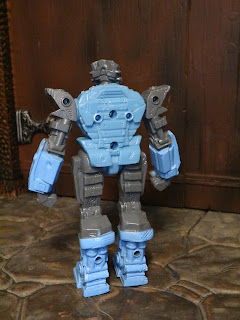 * On the back you can see lots of ports for additional weapons and gadgets from the kits. He's got more ports on his back, behind his shoulders (in addition to the ones on top) and ports aside his neck. At some point I'll get around to reviewing the Air Assault set and I'll show off some stuff you can do with the A.C.R.M. 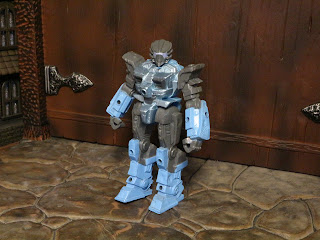 I really like the A.C.R.M. mech. For $1-$1.25, he's a superb robot toy that's really just fun to mess around with. Add an accessory kit and he becomes even better. Whether you just want a cool little anime inspired mech to have at your desk, you're actually buying this for a kid, or you plan to customize these, it's a great figure at a very, very reasonable price. The colors on this guy look excellent, too. I'm really hoping that Boyd, the kid that operates A.C.R.M., gets made as well at some point. This is an Epic figure and a super fun toy. Is he the highlight of series 1 of Final Faction? Quite possibly.