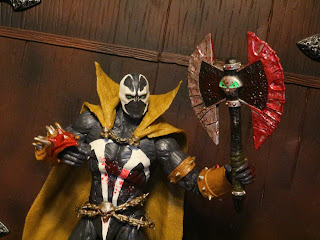 Spawn again? Yeah, as I mentioned in yesterday's review I picked up both of the new Spawn figures from the Mortal Kombat 11 series and since I looked at Malefik Spawn (Bloody Disciple) yesterday today I will be checking out the simply named Spawn (Bloody Version) figure. This sculpt has appeared in the Mortal Kombat line a few times previously but this specific paint scheme is based on the skin named "McFarlane Classic." I wonder why that is? Did Spawn have a yellow cape in some early concept art or something that I'm unaware of? It's a cool look for the figure but a weird name for the in-game skin. Oh well. I have plenty of red caped Spawn figures and I liked that this one looks a bit different. The real selling points for me, though, were his axe and the bloody paintjob. No one does a bloody action figure like McFarlane Toys. Let's check out this bloody version of Spawn after the break... 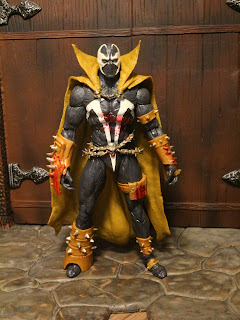 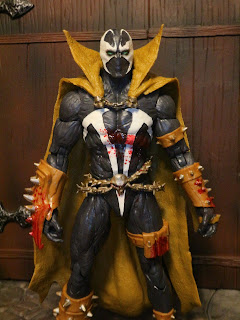 The Positives:
* This sculpt has been used before in the Mortal Kombat 11 line but I haven't looked at it yet. I do think there might be some shared parts with the Malefik Spawn sculpt, though. Probably the cape and parts of the arms and legs. It's a very classic looking Spawn, though, with the classic "M" shaped logo on the chest, asymmetrical arm and leg wear, and a chain belt with a skull belt buckle. Rather than having a smooth, superhero like look, this version looks more organic with texturing on the suit that looks like muscles and tendons and stuff. The sharp spikes on all of the gear Spawn is wearing is suitably pointy as well, so be careful! 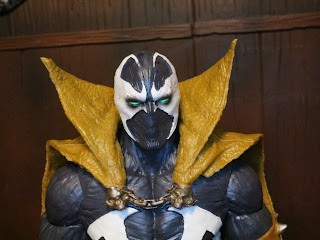 * Pretty cool headsculpt here. Very classic. I'm liking the look of the green eyes against the white mask. Simple yet oh so effective. 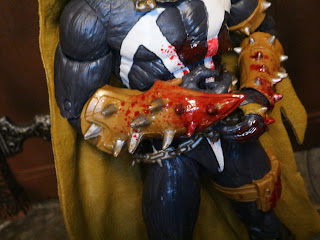 * Seriously, Spawn's gauntlets are really sharp and pointy. They look pretty brutal, right? With gauntlets like this who needs a weapon? 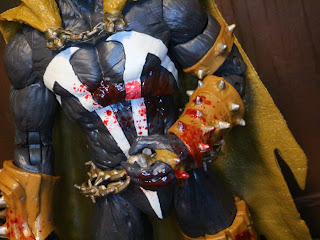 * The blood spattering effect on this guy is excellent. It's not overdone and looks quite realistic. It's clearly not Spawn's blood, either, because that would be green! There's blood on both gauntlets, his chest, his left hip, and on his left boot. 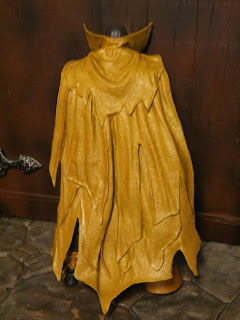 * This version of Spawn shares a cape with Malefik Spawn and probably all of the other MK11 Spawn figures, too. It's not a removable piece but it is fairly pliable and rubbery and looks kind of cool. A dark wash on it would have been nice but I like how it looks like it's composed of multiple layers. It's very fitting for the character. 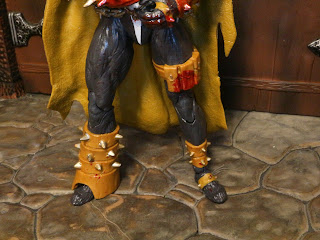 * Here's a look at this Spawn's asymmetrical footwear and giant boot brought to you by McFarlane toys, purveyors of fine, asymmetrical footwear and oversized shoes since 1994. Oh, and he's sporting some pouches as well. What exactly would this version of Spawn carry in a pouch? I get that Commando Spawn would still have to carry ammunition and stuff but typically he's just using his necroplasm costume and abilities for all of his needs, right? Maybe he's got some breathmints in there or something. 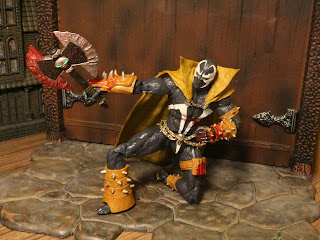 * Like Malefik Spawn, the articulation is excellent on this figure and the plastic quality is excellent, too. Very sturdy and durable with nothing fragile or brittle. Other than the limitations imposed by the presence of the cape everything else works great and has a fantastic range of movement. He's even sporting articulated toes and lateral hinged shoulders (aka butterfly joints). These are really fun to play with and pose. It's been a real treat to see McFarlane Toys embrace articulation over the past few years and I'm appreciating there stuff more and more. 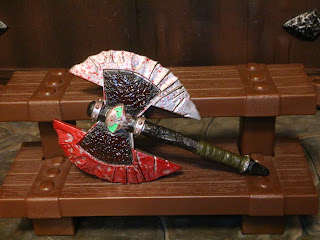 * OK, so what first attracted me to this figure? This axe. This is crazy impressive. I'm waiting for my Spawn on his throne figure to arrive in the mail (should be here later today) and when I first saw this accessory I thought that this would look awesome with throne Spawn. of course, it looks awesome with this guy, too. The design is really cool and the blood splattered across the blade is very effective. 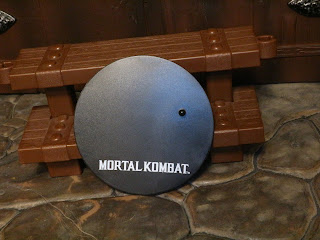 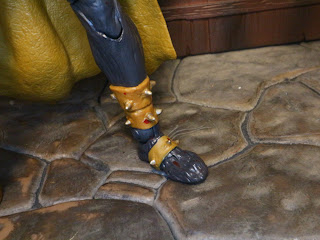 The Negatives:
* This version of Spawn seems like his feet are too small, too. Why's that? It's weird. 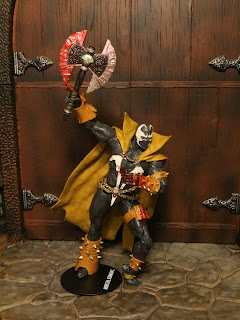 This is an awesome Spawn figure. Seriously, I think he's one of my favorites out there right now. I kind of dig the slightly different color scheme and I'm loving the design and sculpt. He's fully articulated, durable, and that massive battle axe is just incredible. I'm definitely giving this version of Spawn an Epic rating. At $20 bucks he's a nice value. I actually got him on sale at Game Stop earlier this week for about 20% off, so that's even better. This guy looks menacing, intimidating, and just plain cool. He's really fun to pose and mess around with. Last year at this time I didn't anticipate having that my Spawn collection would continue to grow this year but, hey, who can truly predict the future, right? Yeah, he's a Mortal Kombat 11 figure, but we all know that Spawn fans are probably the ones snatching these guys up.