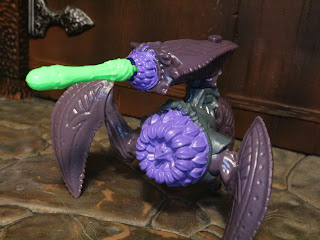 One of the newest assortments of Final Faction figures has four smaller turret like releases in it: The Crawler, Decimator, and Huntra for the Kharn and the X4 Turret for Alpha Team 1. Today I'm going to take a look at the Decimator, a living mobile turret of sorts. All four of these releases have Perimeter Defense on the card, so I'll probably refer to them as the Perimeter Defense series in the future. I'm really enjoying Final Faction and not just because it's a budget line exclusive to Dollar Tree and Family Dollar. There's a lot of creativity in the designs for this series and some unusual releases. When's the last time you can remember a mass market retail line releasing turrets and accessory packs like this? I think the 1/18th scaled Fortnite figures from Jazwares have done that in various ways but that seems to be an exception. I love the Kharn designs. They really remind me of the Locust Horde from Gears of War. If I didn't know better I'd think Final Faction was based on a video game. Who knows in the future? The team has done some cartoons and now a comic book. Is a video game that far out of the realm of possibility? I can just imagine something like the Decimator being deployed by the villains and the player having to take them down. Let's take a look at decimator after the break... 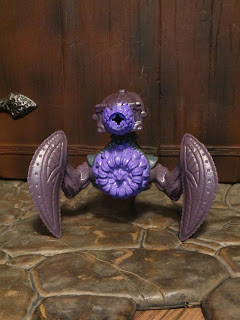 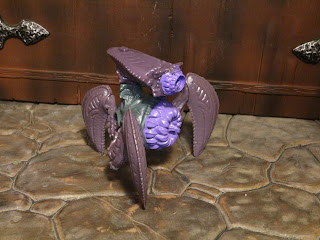 The Positives:
* The Decimator stands on three heavily armored legs and has a small metallic blue body with some light purple weirdness. It's interesting looking and the packaging calls it a living weapons, so is it part animal part plant or something? 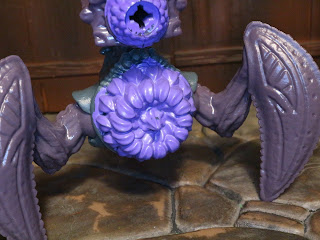 * The front of the Decimator makes me think of some sort of plant or even a sea anemone. It's a really interesting sculpt with a lot of detail. If you were fighting against this thing it looks like it would definitely be the weak spot, right? 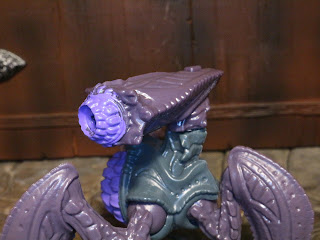 * The turret on top can rotate around and it also has a lilac purple colored spot where the missile can fire out of. 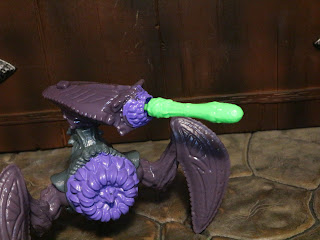 * The turret on top can actually fire a missile. It's some sort of spore missile, so maybe it spreads some sort of disease or growth to enemies. It does fire and fires a fairly long distance. The missile also has some spore like detail on it, giving it more of an organic feel than just a standard, flat missile design. 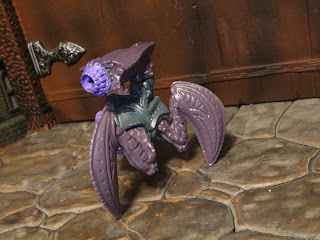 * The three armored legs look like ball joints but they're actually designed more like hinges so the legs can swing left and right. It's fun to figure out different poses for the Decimator and to try and imagine how this creature would lumber across the battlefield after it's target. 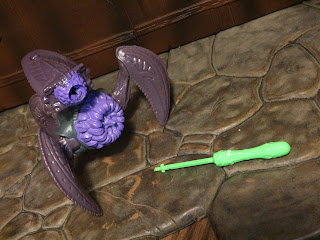 The Negatives:
* The missile does fire a good distance when it works. Sometimes it seems to get stuck, though, while at other times it wants to fire on its own. Be careful displaying it with the missile cocked as it might launch off of your shelf and get eaten by a dog or a vacuum cleaner or something. 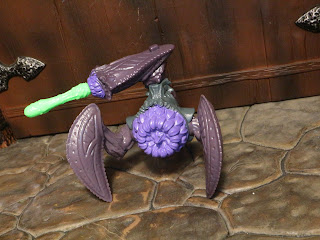 Decimator is a really cool mobile turret like being. I love the design and it's fun to have a variety of Kharn creatures for Alpha Team 1 to fight. I've seen some fantastic repaints of the Decimator so far and it looks like collectors are having a ball with these. The Decimator is a Great accessory/ figure for Final Faction and seems to have a lot of potential for collectors of a multitude of lines. What do you think that flowery thin in the front is, anyway? A mouth? Does it shoot energy? Is the Decimator walking backwards all the time? Ick...
This is the first toy of Decimator I've reviewed. For more reviews from Final Faction check out the following:
Amari
Arrow ATV
Arrow ATV Weapons & Armor
Churro & FD-0
Crawler
Riptide
Spc. Scope
Torn
Posted by Barbecue17 at 4/05/2022