Action Figure Review: Webstor #997 from POP! Television: Masters of the Universe by Funko 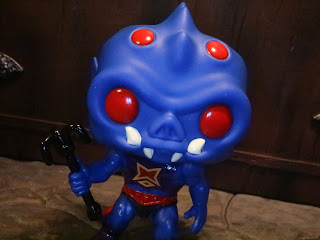 Funko put out POP! vinyls of quite a few of the main Masters of the Universe villains previously but this series adds yet another to the ranks of the Evil Warriors: Webstor! Webstor did appear in the Filmation cartoon series, both in He-Man and She-Ra, where he looked quite faithful to his vintage action figure. He was released in the 3rd series of figures in 1984 and was quite popular due to his menacing appearance and his cool working grappling hook feature. Yes, Webstor is based on a spider (an early working name for the character was Black Widow) but he uses a grappling hook to get around. That's MOTU for you! There's apparently a metallic variant coming out as a Hot Topic exclusive, too, which really makes this a big year for Webstor based figures. Has there ever been a time where we got two different Webstor toys in the same year? I don't think so, so there's one good thing about 2020 at least! Let's check out the POP! Webstor after the break... 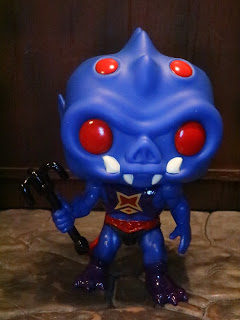 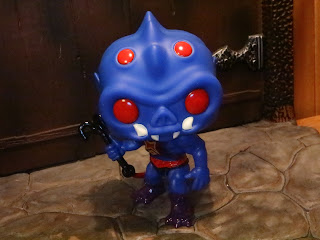 
* Webstor is standing in a fairly neutral pose, holding his grappling hook out. He's a nice looking POP! and, like most other POP! vinyls, you can turn his head to give him a bit of a pose on your shelf. 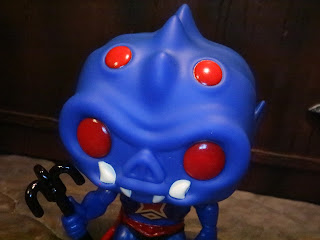 * The headsculpt is very cool. It might be my second favorite in this series after Tung Lashor. His creepy fangs and his multiple red eyes really give him a menacing appearance. Webstor always creeped me out as a kid and this POP! vinyl does an excellent job of capturing that! 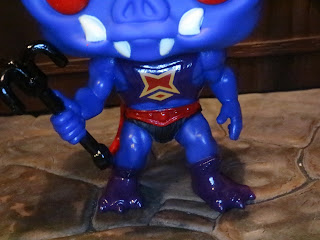 * Webstor was fairly unique int he vintage line as his armor was packaged separately from the figure on the card. He's wearing it here, though, and it has the classic design that seems to be based on the pattern on a black widow spider. 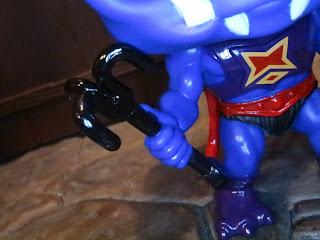 * While he's not toting around his cool orange laser gun Webstor is absolutely carrying his grappling hook in his right hand. It's a cool detail that is a key part of the character's aesthetic and I'm always glad when one of the MOTU POP! vinyls is toting a weapon or accessory. 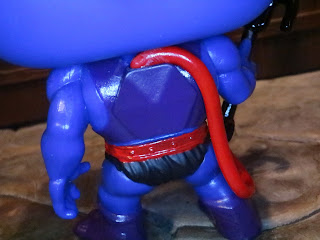 * Webstor's backpack stores the excess rope for his grappling hook and you can actually see the red rope coming out of the top. It adds a nice extra burst of color to the figure, too. 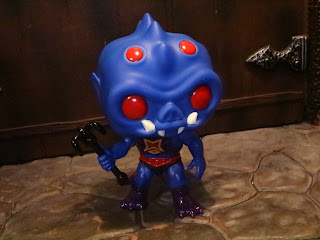 Webstor is another Great POP! vinyl in this series. I have a couple more to review before I'm through with this complete series but I really have to express how thrilled I am to be getting some characters we don't always see in MOTU toylines. Do you think it's possibly Funko will actually complete the vintage MOTU roster in POP! form? That's a feat that only Masters of the Universe Classics has accomplished so far. With a steady mixture of unique characters like we saw in this most recent series, and quality releases like Webstor, they just might get there!

This is the first figure of Webstor I've reviewed on the site. For more POP! Television reviews check out the following: