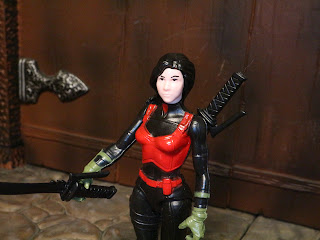 You're going to be getting a lot of Final Faction reviews soon! Last week while I was on a trip I found all six of the new accessory packs and the Kharn Rumbler sets, so those reviews are coming soon. Plus, six more new accessory packs have shown up at Dollar Tree stores in Washington (including an accessory pack for Shift) so those could be on the horizon, too. With the recent skyrocketing prices on action figures, particularly from Hasbro, I'm appreciating Greenbrier International's Final Faction even more. Today I'm checking out Shift. She's another member of Alpha Team 1 who was released as part of the first series back at the end of 2020. She's a warrior and a master with bladed weapons who can see briefly into the future to avoid her enemies attacks. Pretty cool stuff. I reviewed her brother, Scope, earlier this year, so let's check out the close quarters combat specialist of these siblings after the break... 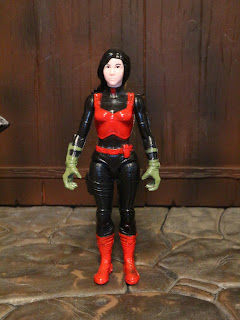 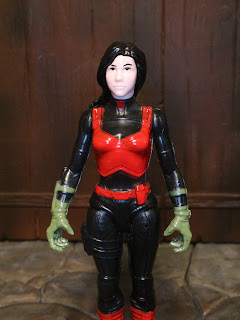 The Positives:
* Shift is wearing red and black, similar to her brother, but hers is a bit brighter. definitely more of a Crimson. She's wearing some armor but not a ton. Mostly she's sporting a black bodysuit to allow her plenty of mobility in combat. 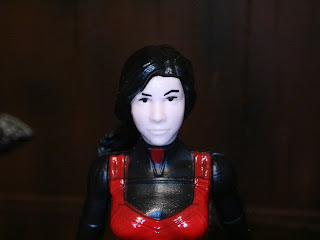 * Shift's portrait is...not too bad, actually. The headsculpts are definitely the weakest part of this line but Shift's is pretty solid. It's basic, yeah, but the details of her face are visible and everything is recognizable. I bet someone with a steady hand and a tiny brush could do wonders with this sculpt. 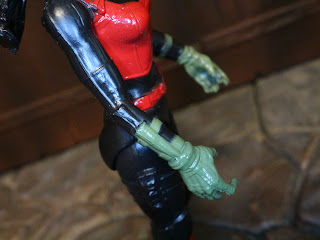 * Check it out! Shift's sporting a tiny dagger on her wrist. Yeah, usually I hate when figures have accessories that can't be removed but she's such a small figure and available at such a low price that I'm content with having this cool detail on her forearm. It reminds me of the details on the vintage Scarlett figure. 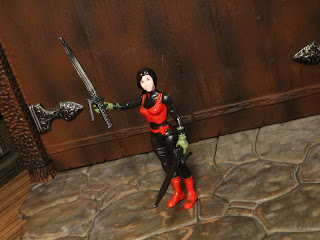 * These are simple figures with 5 points of articulation. Sure, more would be better, but you know what you're getting here and aren't paying much for it. They feel durable enough and I haven't had any issues with them. 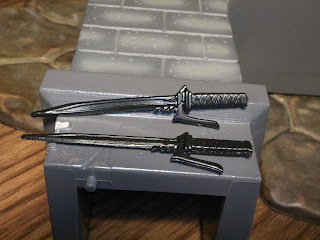 * Shift is a sword master and she comes with two blades that remind me of the swords from Snake Eyes v2. They're not bad. Maybe a bit flimsy but perfectly serviceable with handguards and a serrated edge on each blade. 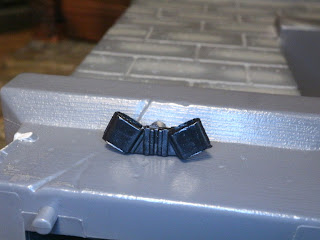 * Shift also comes with a small backpack which can hold both of her swords. It's a simple plug in feature that fits securely on her back. 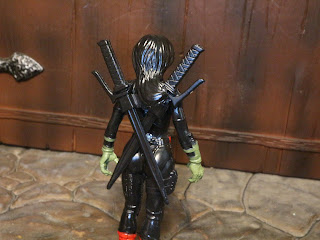 * Both swords can fit inside the backpack. It's actually really cool that Greenbrier International even thought to sculpt Shift's hair with a bit of a sway to it so the backpack fits without interfering with her hair. Very nice detail. 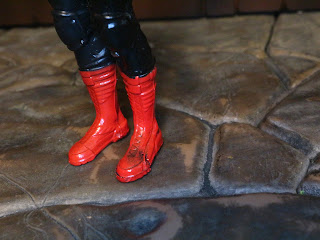 The Negatives:
* The paintwork is spotty on Shift's left boot on my sample. I'm not sure if this is a widespread issue or not so keep an eye out for the best paint you can find. 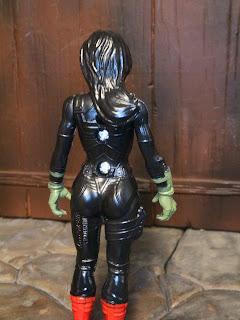 * Like most of the figures in this line, one of the cost cutting measures used to get these in at such a low price is to leave the back of the figure unpainted. Rather than painting her straps or belt all the way around Shift's back was left plain black. 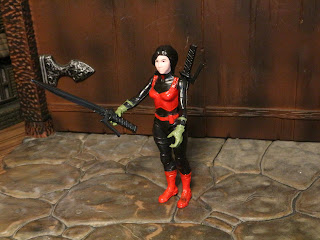 I really like Shift. She's a very cool figure and is very visually striking for being so simple. Solid accessories, a good portrait, and bright, crimson red paint apps definitely make her a stand out in the first series of figures. Obviously there are details that could have been done better on a more expensive figure (is it weird that I imagine how cool a 6 inch premium Final Faction line could be?) but for $1 and some change Shift is pretty darn Great. She's also still available at retail so if you missed her you can still pick her up from Dollar Tree or Family Dollar.
This is the first figure of Shift I've reviewed. For more Final Faction reviews check out the following:
A.C.R.M.
Amari
Arrow ATV
Arrow ATV Weapons & Armor
Churro & FD-0
Crawler
Decimator
Diabol
Drone
Huntra
Krepitus
P-131
Riptide
Ruck
Spc. Scope
Steadfast
Torn
X4 Turret
Posted by Barbecue17 at 4/25/2022