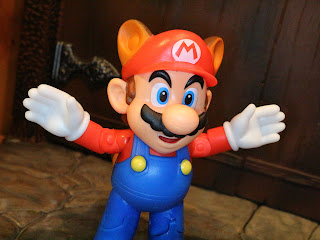 I didn't review too many World of Nintendo figures in 2018. There weren't as many releases as in years past and what was released was often ridiculously hard to find as the distribution on this line was pretty poor in 2018. 2019 looks better, however, as Jakks is going to a new packaging format with more unique characters. Hopefully that means a renewed commitment to the line. That seems like a great idea considering how big of a hit the Nintendo Switch and Super Smash Bros. Ultimate is right now. Today I'm checking out a figure from Wave 2-7 that has been one of my longtime wants: Raccoon Mario! Super Mario Bros. 3 was possibly the first video game I remember actually waiting to be released and seeing Mario on the cover in his Raccoon outfit was such a huge thrill when my dad finally brought it home when it was released. Let's check out this cool variant of Mario after the break... 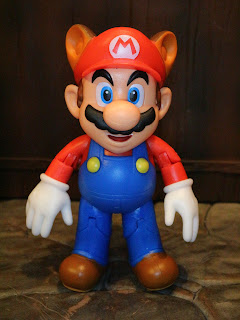 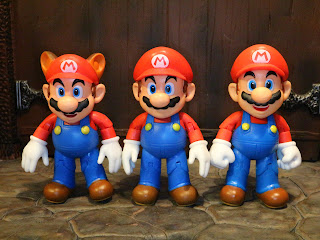 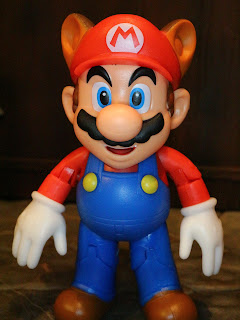 * Mario looks great here in his Raccoon costume! I love the colorful, animated style that Jakks Pacific uses for these figures and I'm always hoping to see the line grow and grow. Again, there's not a ton of new tooling here but the figure still looks good and does add a much needed Mario variant to the line. 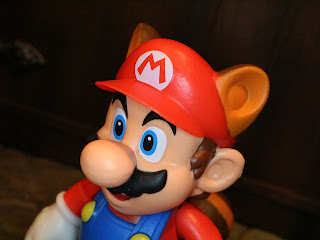 * Raccoon Mario has the same headsculpt as the original Mario figure from the WoN line but his hat is new and features the Raccoon ears that are a vital part of this look. The paint work is a bit neater than on previous releases, too. 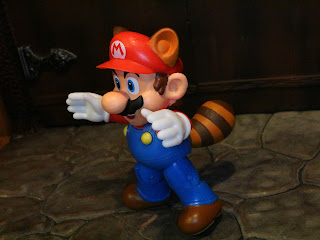 * While these aren't the most articulated figures available today, Mario is very sturdily build and features enough articulation to play around with and get him into some decent flying poses. 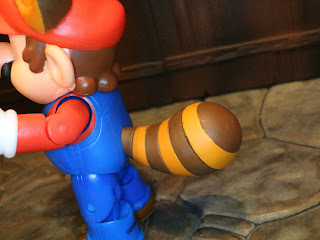 * Mario's Raccoon tail is really cool looking, too. I love it! It's just such a classic element from one of my favorite video games of all time. 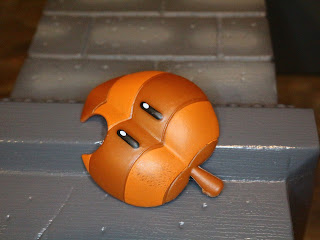 * While Super Mario Bros. 3 used a differently colored leaf than the one seen here, this has been the leaf used throughout more recent games. It's a very cool accessory and looks great. The paintwork is quite nice on this little accessory! 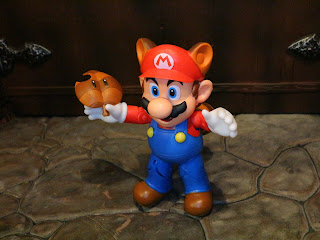 While he's not the most unique figure in the World of Nintendo line, Raccoon Mario is still one of my favorites both because he's quite fun and he gets my nostalgia flowing. He's a Great toy and makes for a nice new Mario addition to the collection. With the popularity of Super Smash Bros. Ultimate right right now, however, I really hope Jakks Pacific capitalizes by releasing more unique characters like Daisy, Rosalina, Dr. Mario, Captain Olimar, Dark Samus, Zero Suit Samus, the Ice Climbers, Pit, and the Wii Fit Trainer. Seriously, Jakks needs to go all in on these unique Nintendo characters ASAP!

I've now reviewed quite a few Mario figures (something I never thought I'd be able to say) including the standard Mario, the 2-4 Mario, the classic Fire Mario, the indestructible Gold Mario, the water-hating Cat Mario, the industrious Mario Maker Mario, the take charge Mario with Cappy, and the magical Tanooki Mario. I've reviewed plenty of other heroes and villains in this line, including: