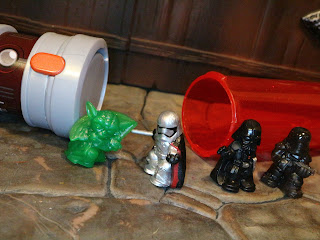 While I plan to offer up "micro" reviews of all of the minifigures from this package, I'm taking a bit of time today to show off the new Star Wars: Micro Force Wow! packaging. Micro Force Wow! is the successor to Hasbro's Star Wars: Micro Force (which is itself the successor to Star Wars: Fighter Pods) and is differentiated from that line because of its unique packaging. While Micro Force featured standard foil bags containing two minifigures for around $3 dollars each, Micro Force Wow! figures come four to a package in a plastic lightsaber container for around $8 dollars. While you're getting more figures and a reusable miniature lightsaber, you are paying a buck more for the packaging. Is it worth it? That's up to you, isn't it? While these will be released everywhere in 2019, they were exclusive to Walmart for the fall of 2018 and that's the only place I've seen them so far. Let's check out what's in one of these packages after the break... 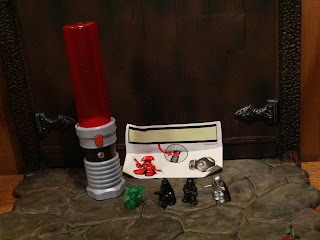 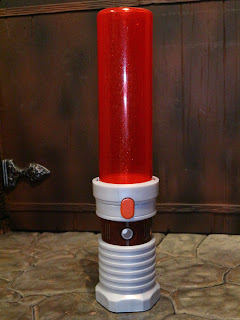 * The packaging it made to look like a small plastic lightsaber. It's kind of cool and a great concept but it definitely adds to the cost of the sets. When you buy these in stores there is a plastic wrap over the blade to hide the color of the blade and the figures inside. Yup, these are blind packaged so you can't even "feel out" what figures are inside. Do you ever feel that you can't go to the store these days and just buy the toys you're looking for? You have to guess what you're buying on so many lines now! Anyways, the lightsaber is kind of cool and has a sticker around the hilt to give it a bit of detailing. 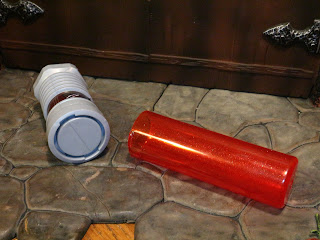 * The blade is removable for storing a couple of figures in. When you purchase these there's a plastic tray inside holding the three figures in the blade. The fourth figure is inside the hilt, along with the sticker sheet. I really wish Hasbro would have left the three figures in the blade visible while the fourth figure in the hilt was left a mystery, but that might have made things too easy for consumers, huh? 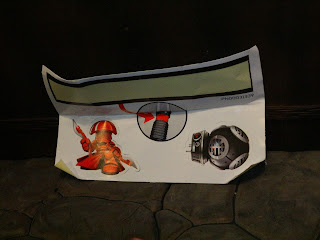 * Here's the sticker sheet. There are apparently two character stickers on each sheet along with a sticker for the lightsaber hilt. My sticker sheet has BB-9E and an Elite Praetorian Guard. 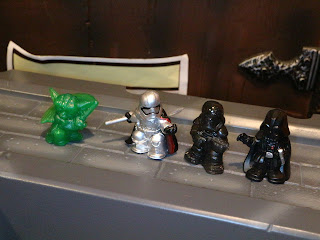 * You get four figures inside. I'll be reviewing these individually later on, but I will say that I got Yoda, Captain Phasma, a Stormtrooper, and Darth Vader. 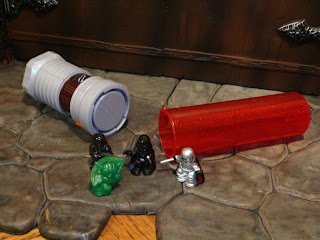 I really like the Micro Force figures but they've been a pain to find. Hopefully Star Wars: Micro Force Wow! will have better distribution. The price definitely feels a bit high, especially for a blind bagged item, which may prevent folks from scooping these up rather readily. I know I tend to hem and haw over blind bagged purchases when they're more than a dollar or two. Still, Hasbro has created a cool package here. Overall, I give the efforts a Good. Cool figures and packaging although a price that's a bit more than I'd like for these little guys.