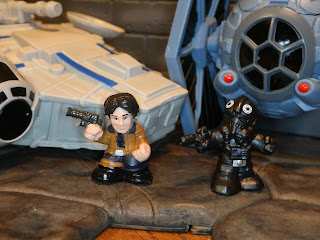 Today I'm back with another item I received for Christmas and this time it's the Star Wars: Micro Force Millennium Falcon vs TIE Fighter 2-pack! I really like the Star Wars: Micro Force figures but they're darn hard to collect because A. They're blind bagged, and B. The distribution is pretty terrible. I actually haven't seen these anywhere except at Target although this two-pack managed to show up under my Christmas tree, Fortunately, the vehicles themselves are not blind boxed so you know exactly what you're getting. This set is cool as you're getting the Solo version of Han and the Millennium Falcon along with a classic Original Trilogy TIE Fighter Pilot and TIE Fighter. The format of these kind of reminds me of Galoob's Acton Fleet, although these are definitely more stylized. Ready for a closer look at this cool set? Then join me after the break... 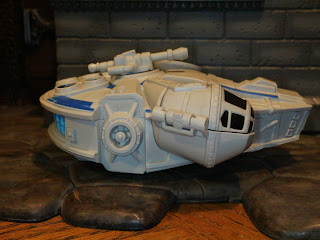 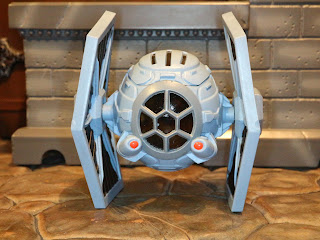 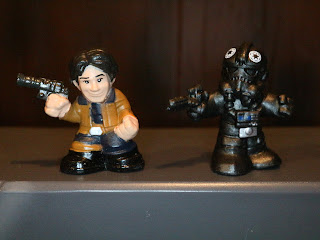 Non-Scalper Price: $10 for the set 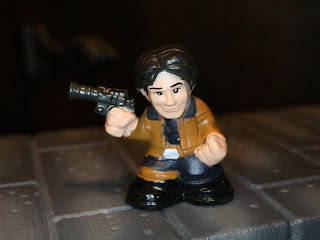 * Let's start with Han Solo. He's based on the Alden Ehrenreich version from Solo, which is perfectly fine. It's a great look for the character and his brown jacket and blaster pistol are highly recognized. To be honest, I think the tiny figure actually looks more like Harrison Ford in the face, so you can really pretend this is whichever version of Han you want. 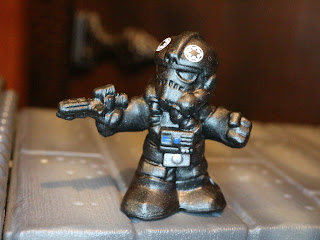 * You get a TIE Fighter Pilot to pilot your TIE Fighter. How's that for service! The sculpt is great and even at less than an inch this guy looks really menacing. It's the skeletal grin on the masks that makes the Imperial Pilots look so fearsome, isn't it? 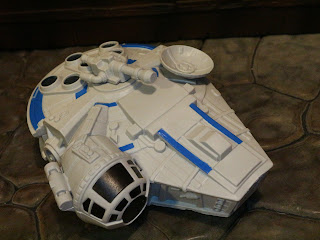 * The piece that gets top billing in the set is the Millennium Falcon. This is Lando Calrissian's Millennium Falcon as it's bright, shiny, and still has the upward facing radar dish, singular blaster turret, and the cargo pod. Rather than go for an accurate design, it's clear Hasbro is going for a stylized appearance here. I like it. It kind of reminds me of a smaller version of a Playskool Heroes Millennium Falcon. 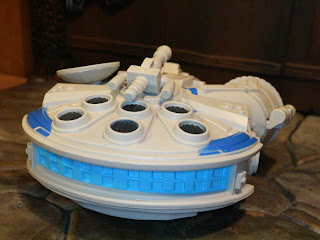 * The back of the Falcon looks great. I love the bright blue light of the engine! It's just paint, but it looks solid and makes "swooshing" this thing around the house so much more fun! 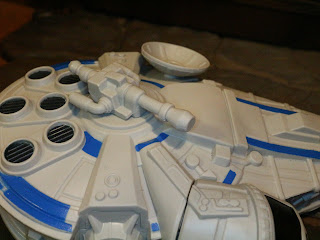 * The laser cannon actually rotates, which is lots of fun. Again, little features like this definitely remind me of Galoob's Action Force, which was a great toyline. I'd love to see Hasbro bring that back some day, although right now they need to focus on the lines they have. And bringing Micro Machines back again. 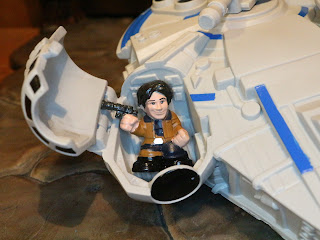 * The cockpit opens up and you can place Han inside. It's not highly accurate or anything but it's still cool and makes for a nice play feature. 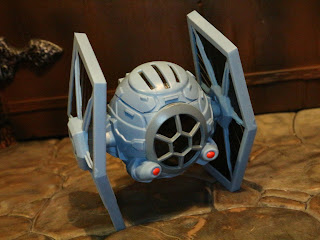 * Here is the TIE Fighter. Again, the stylized look is readily visible (mostly due to the angular wings) but it's clearly a TIE Fighter and it is very detailed. The paintwork on this piece is pretty nice, too. It's minimal but it works. 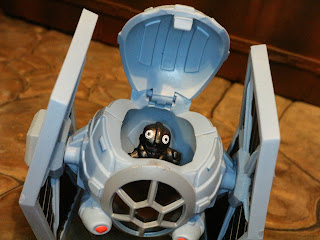 * The cockpit opens up on this one as well, allowing for the TIE Fighter Pilot to sit down inside. 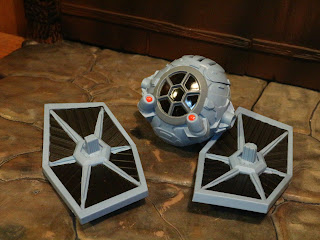 * Another thing cool about the TIE Fighter is that the wings detach. I assume this is intentional as they come out very easily. It reminds me of the action feature from the vintage and POTF2 TIE Fighters, so that's an automatic plus, right? 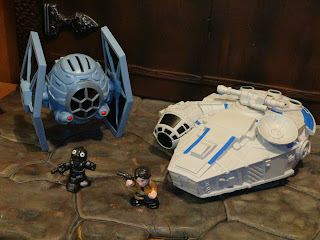 Guess how much this set cost? $10 bucks! For $10 bucks you get two microfigures (usually $3 bucks a pack) and two pretty cool vehicles. Personally, I think this is a pretty nice play pack that should give kids and collectors a lot to keep them busy. It's an Epic set and seems like one of the better non-Black Series Hasbro releases of 2018. If you haven't checked these out yet, they're well worth seeking out. I know that having this in hand makes me want to pick up the others, too.

For more Micro Force reviews, check out the following: