Christmas Haul 2018: Prince Adam + Cringer from Vynl: Masters of the Universe by Funko 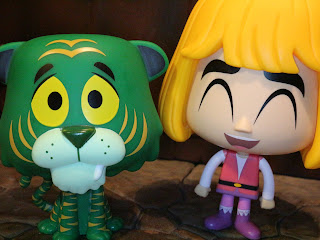 I was really excited to get this two pack of Prince Adam and Cringer from Funko's Vynl line for Christmas. While Funko's bread and butter is POP!, Funko does attempt to try new things fairly often. Vynl started in 2017 and features 2-packs of stylized characters. They're not too different in size from Funko POP!s but their heads feature more unique headsculpts while the bodies seem to be a bit "flatter" than POP! figures. To be honest, I kind of dig the style a bit more than POP! but the character selection isn't nearly as expansive as POP! and it's doubtful Funko will release anything else that will ever dwarf that line. Still, I wanted these because I love Masters of the Universe and the opportunity to get both Prince Adam and Cringer in one swoop was irresistible. I mean, is there any cartoon duo as lovable as these two? Let's check this set out after the break... 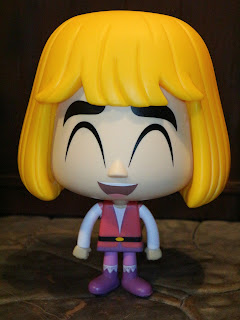 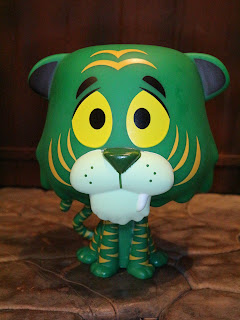 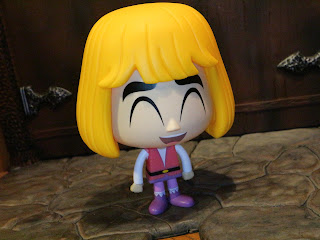 * Whether you like these or not is going to depend on if you're a fan of these characters and, possibly even more importantly, whether you like this style. I do. I actually prefer these to POP! vinyls as they seem better sculpted and have a different style. It's tough to convey, but while POP! vinyls have the small black eyes, these have more exaggerated features. It works really well for MOTU, especially a character from the colorful Filmation cartoon series. 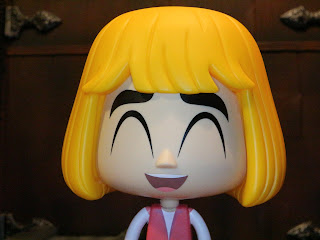 * Check out that face! Not only does Prince Adam have some insanely cool hair but he also has a great laughing expression on his face. Wait! He's laughing! Just like in the infamous viral video of Adam singing What's Up? by 4 Non Blondes. I liked this Prince Adam before. Now I love him! Can you look at this guy and just not be happy? 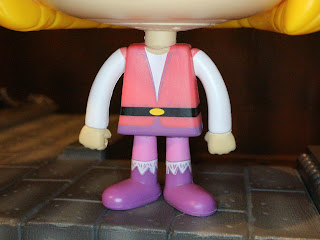 * The body is much more angular than on a POP! vinyl and I kind of dig it. I like the quality of the paint apps here. It's all very neat and clean with solid printing. The detail on the furry boot cuffs is really impressive for some reason. 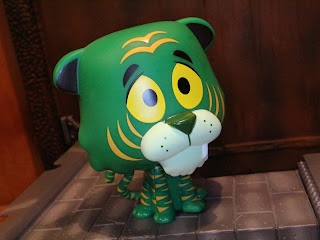 * Of course, you also get Cringer! Don't you just love Cringer? Man, I love Battle Cat but Cringer is just so adorable and lovable. Who wouldn't want to hang out with this guy? Cringer is adorable and looks fantastic in this style! 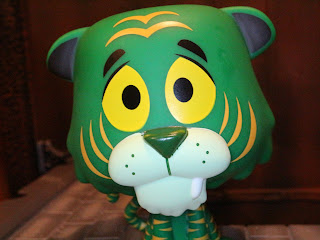 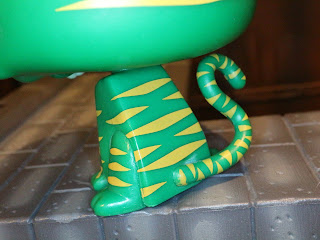 * Cringer's body is also fairly angular with some nice work on his stripes. I like the placement of the tail, too. It adds a lot of character to the figure! 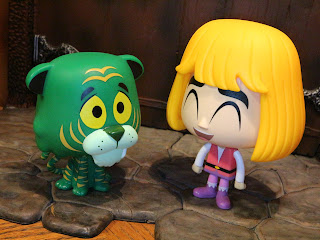 I really like this set. It's not technically impressive or anything but I really think Funko perfectly captured the spirit of these two characters as depicted in Filmation's He-Man and the Masters of the Universe. They're bright, colorful, and full of personality. I actually like them so much that I went ahead and ordered the other three sets Funko has put out so far. Who knows? I may review them soon, too! This set is a Great and a 1/2 set and just captures the fun and frivolity of the Filmation Masters of the Universe series. Plus, Adam looks like he's singing and that annoys my wife to no end!


He-Man/ Prince Adam is one of my favorite characters and I've reviewed quite a few toys of him: The Series 3, Series 2 and Series 1 M.U.S.C.L.E. He-Man and Prince Adam minifigures, plus the Masters of the Universe Classics Galactic Protector He-Man, the future King He-Man, Laser Power He-Man, Snake Armor He-Man, and Flying Fists He-Man.

I've only reviewed one other Battle Cat/ Cringer toy: The M.U.S.C.L.E. Battle Cat.