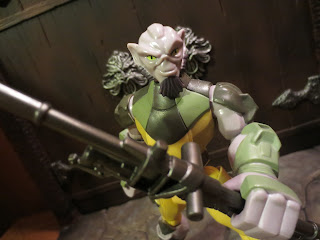 Having watched the first season of the show, I can safely say that Rebels is one of my favorite Star Wars things ever. I love how the show focuses on a smaller cast of six diverse characters with plenty of room to focus on their relationships and interaction. Of the six characters, Garazeb Orrelios is my favorite. A Lasat, "Zeb" is a tough talking, Imperial mashing machine. Based on the early Ralph McQuarrie designs for Chewbacca, Zeb has an awesome old-school feel and an attitude that I just love.  Zeb is one of the deluxe figures in the first series which means he comes with a couple of more elaborate accessories. More details after the break... 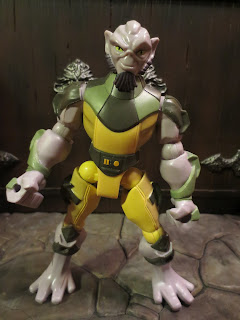 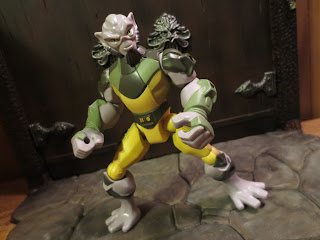 * I'm definitely starting to repeat myself here but, for the most part, these are fun, durable action figures. They're fun to play with, the mashing feature of being able to remove the lower legs, thighs, forearms, and head to combine with other figures is entertaining, and they are quite sturdy. 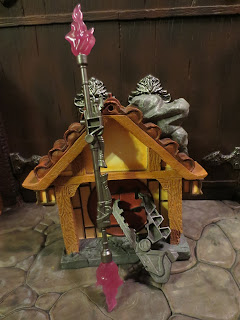 * I have to say that Zeb quite properly has the best accessories of any figure in this line. He comes not only with a cool, functional capture claw that can fit into the various portholes covering the figure but he also has an extended version of his bo-rifle, the traditional weapon of the Lasan Honor Guard. The bo-rifle is folded out into it's melee combat mode where it functions as a staff like weapon. It has a plug so it can also be attached to any porthole on the figure. I love the purplish plastic electrical bursts on the ends! Seeing this really makes me hope we get a Magnaguard at some point in this line. 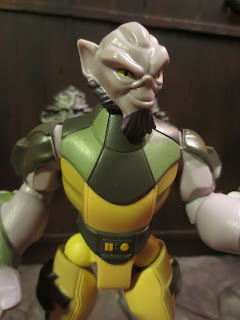 * I love this sculpt! While the design aesthetic of this line depicts the characters in a more stylized manner, that's not really a big difference for the Rebels cast. Zeb looks really, really close to his Rebels appearance which is just fantastic. His outfit is nicely detailed and his facial expression is just perfect. While I can't wait until Zeb finally makes it into the 6 inch scaled Black series, this is actually a nice piece for Zeb fans on its own. 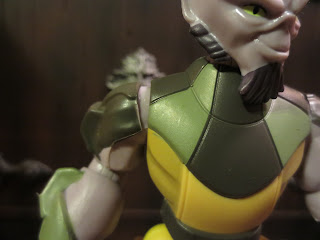 
* The only problem I really have with this figure is the same problem I have with every other figure in this line: The swivel shoulders. Why oh why does the figure have useful swivel hinges everywhere except the shoulders! It makes no sense whatsoever! 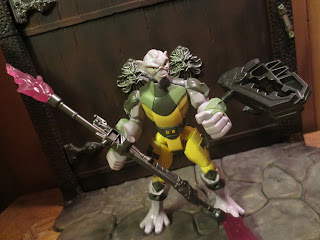 I really think Zeb is my current favorite figure in the line. While the figure itself it excellent, the accessories are really fun. Unlike on lightsabers and blasters, the pegs on Zeb's bo-rifle and capture claw are placed so that they can be easily attached to the ports on the figure. Zeb easily gets a Great and a 1/2 rating from me. I'm really excited to see the cast of Rebels start to make their way into things like the Hero Mashers line and the upcoming Black Series releases, so let's hope that Hasbro releases some females and astromechs in this line so we can get Chopper, Sabine, and Hera.

I've reviewed a few other Hero Mashers sets if you want to see more of what this line has to offer:

I've also reviewed the Rebels two-pack with Garazeb "Zeb" Orrelios and Stormtrooper, along with plenty of other Star Wars toys: