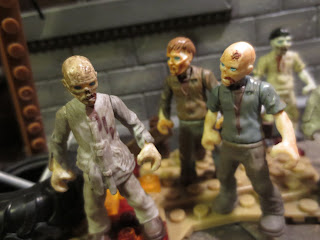 When I think of Call of Duty I think of special ops teams, black ops snipers, military specialists running through cities under siege, and the heroes of World War II. Of course, there's also zombies. While Mega Blocks has released a number of military influenced Call of Duty building sets, they've also released a few zombie based ones, too. Whether or not you care about the Call of Duty video game franchise, lovers of zombie toys will probably dig these small, menacing monsters. My parents ran across these on an extreme clearance sale (along with some other sets) and I happily accepted then. Ready for a closer look at the Zombie Horde? Then join me after the break... 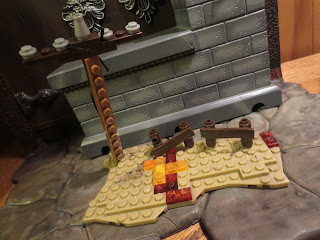 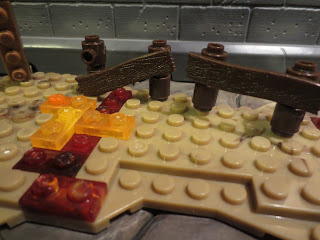 * While the zombies are the main draw of the set, the little environment is kind of a fun way to display these guys. I'm not sure what the translucent blocks are supposed to be (fire? blood?) but it looks cool. The fence planks are nice as they actually have a wood grain texture to them. Many of the bricks also have a marbled texture to them that gives them a unique appearance, such as the various swirls in the red and orange translucent bricks. Very cool stuff. 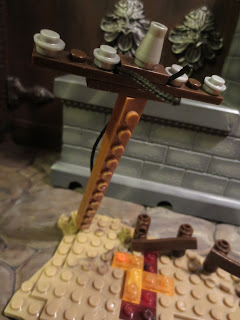 * This set has a neat utility pole that's falling down. It's a simple build but looks fairly convincing. I like the pieces of cord used to mimic the snapped wires on a falling pole. It's easy to knock this over, so be careful. Granted, since the zombies are an out of control horde, you might want to knock this over to replicate the chaos they're undoubtedly causing. 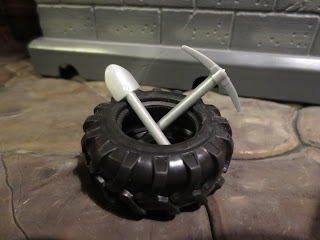 * The set comes with a spare tire that you can throw around somewhere and two tools, a pick ax and a shovel, that can be stored inside or given to the zombies. The tools fit in their hands, just in case you're interested in some smarter zombies. 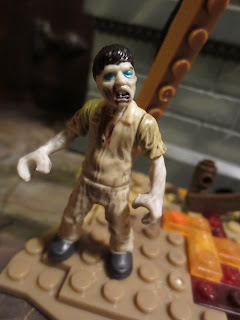 * The six zombies are the stars of the set and they're all fairly unique. While they're not as articulated as the standard Call of Duty minifigures, they have some decent articulation for zombies: A swivel waist, swivel shoulders, and a ball jointed head. 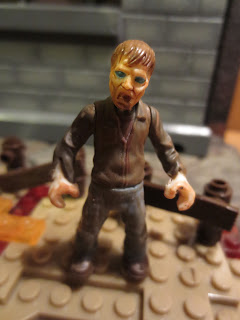 * I love the paint work on this guy's face! These are some nifty little zombies and you get a hand full of them. Not much to say but I did want to show everyone off! 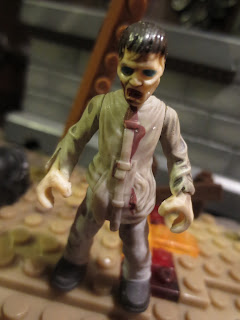 * And here's another one! 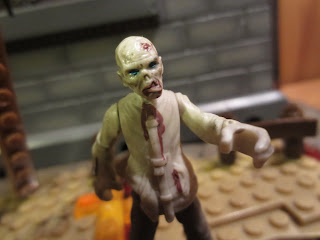 * At around 2 1/8th inches tall, these are some nicely detailed little figures. The set features a few different headsculpts and torsos that are mixed and matched with differing paint schemes to make everyone seem unique. 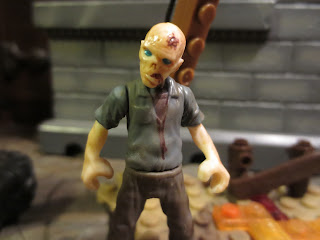 * This guy's wearing a short sleeved shirt and some brown slacks. He's also adorned with plenty of blood. Is it his blood or the blood of one of his victims? Who knows? I like that the zombies in these sets aren't overly silly or cartoonish; they're actually fairly creepy. 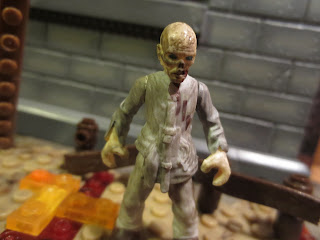 * Here's another guy in the straitjacket outfit. These really are some fun, solid little minifigures and getting six of them in the set makes for a nice little army. 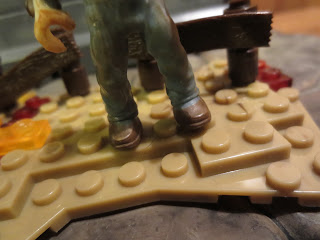 * These zombies have an odd stance. No, not a bizarre zombie-like lumber to their steps; awkwardly spaced legs. Check out the zombie's legs in the pic here. Unless you really work to spread the zombie's legs, you're only going to get him standing on one stud at an odd angle. You can stretch the legs but that gives the zombies a tendency to pop off which seems like something that shouldn't be happening. 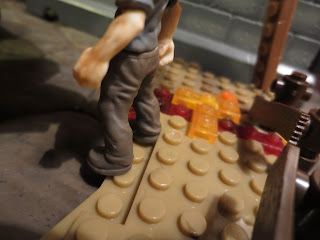 * Another negative thing about the zombies in this set is that they really can't stand on a single row of studs when it's next to a higher level of bricks. See the back of the zombie's ankles in the picture? There's just no way he can stand on a step like that which, unfortunately, means that there's a good bit of useless space on the included base. 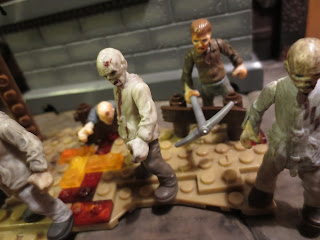 While Lego certainly has done a few zombie themed sets over the past few years, fans of building sets looking for more realistic zombies have two options: These or McFarlane's Walking Dead construction sets. I've built a couple of sets from each and at this point I find the Mega Blocks sets to be more fun. The McFarlane sets are models: These are toys. For around $12-$15 you get 6 mini zombies and some background pieces. It's not a bad deal. This is a Good and a 1/2 set and worth picking up to begin creating a massive horde or to simply have a small army of the undead on your desk.