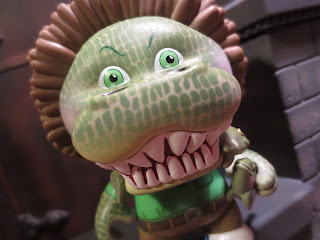 While we love our pets and perhaps often wish we could swap places with them for brief periods of time, there's something terrifying about the idea of a human/ animal hybrid. Werewolves, yeti, and lizard people all send shivers down our spines. Now, consider a human/ alligator hybrid.

Today I'm showing off another figure from Funko's excellent first series of Garbage Pail Kids Really Big Mystery Minis: Ali Gator! I think this is a female human/ alligator hybrid, but I really have no way to be sure. It's the mixture of the hair, the eyes, and the name that makes me think that. Anyways, it might sound kind of odd for me to say that I have a number of human/ crocodile hybrid figures in my collection already but thanks to Killer Croc and G.I. Joe's Croc Master v2 I've amassed a nice army of them. This might be my first alligator/ human hybrid, though. Ready for a closer look? Then join me after the break... 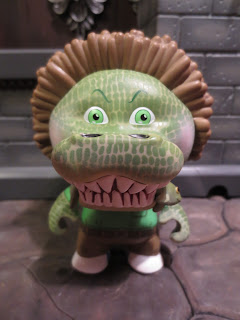 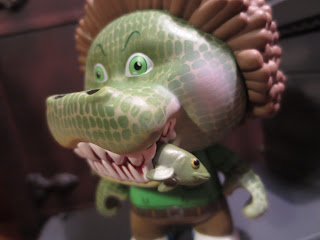 
*Ali Gator might be the most unique looking figure in the first series. She has an amazing headsculpt with some crazy hair, a really slick paint job, and some amazing teeth. There's also a fish hanging out of her mouth. Awesome! Check out that gaze! She's really, really creepy. 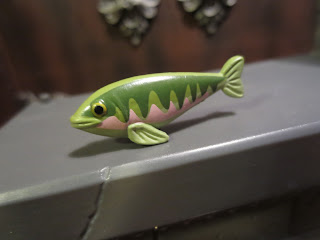 * Not only does Ali Gator have a fish sculpted into her mouth but she comes with an extra one to use as an accessory. It easily fits in her hand and really makes a cool little extra piece. I like that a number of these figures come with accessories. They're really nice little action figures. 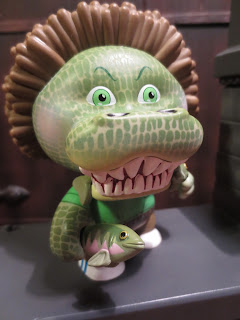 I just really like this figure. She's unique, terrifying, and has a cool gimmick. She might just be my favorite figure from series one of the Garbage Pail Kids line. The paint work and sculpting are just excellent here. I really hope that these sell well as I'd love to see a second series of these (and I'm sure Funko would like to sell a second series). Since she's the best in the set, Ali Gator gets an Epic rating. She's really the one to score if you want only one figure (although I imagine that there will be lots of folks wanting Adam Bomb just because of how iconic he is to 1980s pop culture).


I've reviewed a number of the new Garbage Pail Kids vinyls, including: