Toy Review: The Bat from Hot Wheels: Batman by Mattel 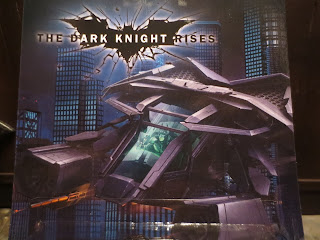 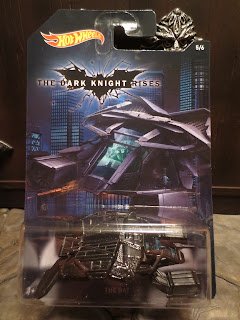 * The packaging art definitely shows off the Bat itself! I love that you can actually see Batman chilling out inside the cockpit. The dark blues and greens of the artwork are just really appealing. 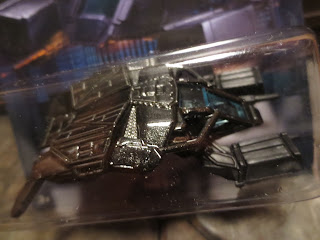 * It's a shiny metallic flying Batman vehicle; is there much more I really need to say? While it's definitely not in scale with the Batmobiles and such in this line it still manages to look fairly large. I wish it had a stand of some kind, though. A flying vehicle with a bizarre body shape needs someway to be displayed properly. 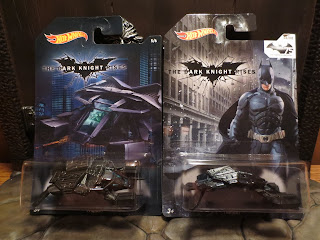 * The Bat model was originally released in 2012 but it saw a re-release last year in the 75 Years of Batman Hot Wheels line. That version of the Bat was actually metallic blue. It's cool looking but it's not the way that I typically picture the Bat. I think I like the coloring of last year's packaging better but the image of the Bat on the toy is a good choice. You know, since that's the toy you're actually buying. Overall this gets a Great from me.
Posted by Barbecue17 at 10/17/2015