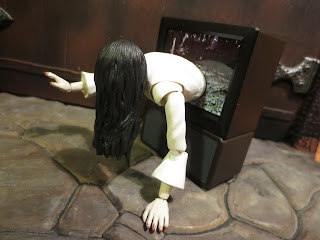 Today is Halloween! For today's installment of 31 Days of Toy Terror Returns I wanted to find something very, very cool and very, very scary. After looking for a few months I finally decided on picking up this very cool figure of Sadako Yamamura from Ringu/ The Ring from Bandai's S.H. Figuarts range of products. While this figure is from the Japanese film and not the American version, I will admit that The Ring terrified me the first time I saw it and I still find it to be extremely creepy. There's nothing that quite compares to the image of Sadako or Samara crawling out of the television. I've seen the two American films and the original Japanese film and have read the manga, but I'd like to watch the rest of the Japanese films as well as the new upcoming American film. Ready for a closer look at this figure? No? Well, when you can summon the courage, join me after the break... 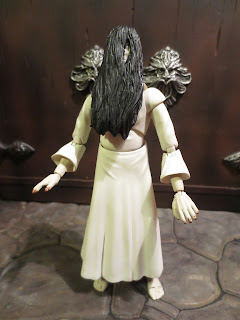 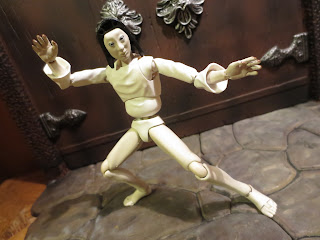 * Take a look at that list of the articulation above. There are so many joints here that I actually had trouble labeling them all. Some of them are insanely complex, but they excel at giving Sadako the ability to assume various crawling and creeping poses. It can be tough for most figures to get into very dynamic poses, but Sadako has been engineered to perfectly assume those creepy, herky-jerky poses that you still remember from the film. Yikes! The figure looks awkward here because she doesn't have her lower skirt or hair piece on. 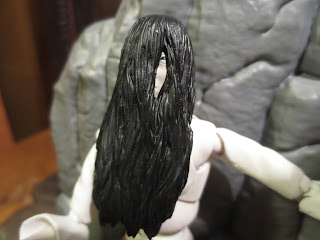 * Here's a closer look at Sadako's creepy headsculpt as seen through her hair. The hair is a piece that snaps onto Sadako's face and can be swapped out with two separate "hair plates". 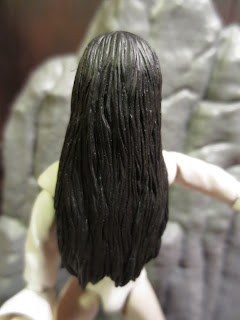 *The second hair plate is the full hair that covers Sadako's entire face. This one is really creepy, possibly even creepier than seeing one of her eye's through the hair. One time I dated a girl who would put her hair in front of her face like this and pretend to crawl across the floor. I have to admit, it was really, really creepy. That's how darn creepy The Ring is. 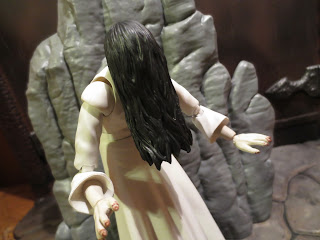 *The third hairstyle is actually an alternate head. It's intended to represent Sadako hunched over. It looks like it's wet, heavy, and fully covers her face. This is probably my favorite of the various headsculpts for the figure as it just seems the creepiest and most menacing. 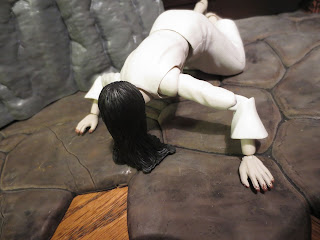 * The third headsculpt is one that's intended for when Sadako is low enough to the ground that her hair is dragging. The hair is sculpted to look as if it's gathering on the ground in a damp puddle and it really works. Creepy, creepy stuff! 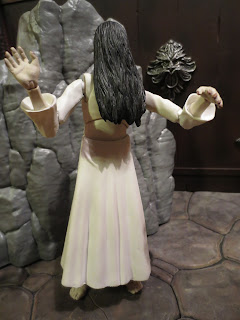 * Sadako comes with two separate gown. The first one is the standard gown that works for Sadako just standing around or walking across the room. It's a hard rubber piece and it fits over Sadako's waist. Just take her torso apart and slip it over. It works so much better and looks better than using a fabric piece at this scale. 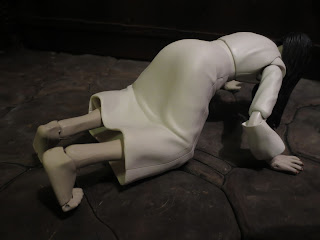 * The second gown is a hard plastic two-piece gown that is sculpted in a crawling pose. Sadako's lower legs fit right into the piece. This is an excellent solution to the conundrum of an action feature either having a dynamic sculpt or a neutral sculpt, as now you can have the best of both worlds here. 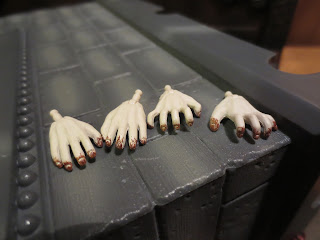 * Sadako comes with two sets of interchangeable hands. One set is a bit more relaxed while the other has the fingers splayed out a bit more, perhaps as if Sadako is climbing out of the well. They swap easily and have some great paintwork on them. The nails are covered with a mixture dirt and grime and really creep me out. 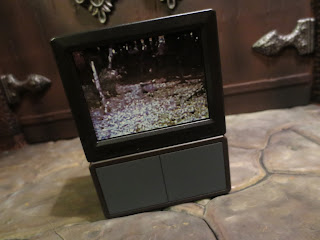 * So far as true accessories go,the first one that Sadako comes with is a TV screen. When anyone thinks of the ring, they think of the terrifying image of either Sadako or Samara crawling out from the television with that image of the well in the background. Well, here it is! A creepy TV for your horror dioramas! It's fairly hollow on the back but looks great from the front. 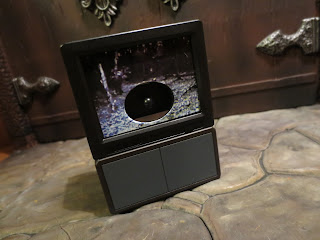 * Quite possibly the coolest accessory I've ever scene is this alternate TV screen. The full screen pops out and this one can pop right back in. So, what's it for? Well, check this out.... 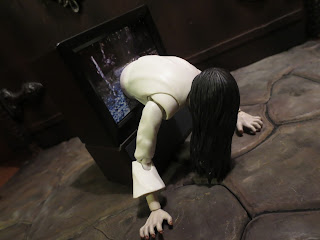 * The odd hole in the screen above is a waist peg. Pop Sadako apart at the waist and attach her to the TV: Now she's climbing out of the television to exact her revenge! This just looks amazing and really, really makes this one of the greatest horror action figures I've ever seen! 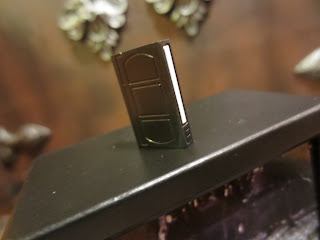 * Last, and certainly not least, Sadako comes with a copy of the infamous VHS tape. It's a simple piece but a very cool one. It's got a simple white write-on stripe and is ready to either capture Sadako's angry thoughts of revenge or as much of a STARZ free weekend as you can capture. 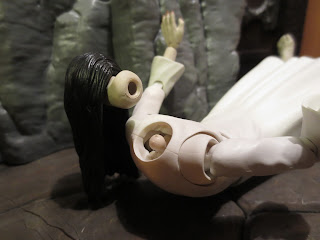 *The only negative thing about this figure for me is that the neck can come out of the socket when you are swapping the heads out. It's not a problem but it can be a bit annoying. Just be careful and take your time and it will be fine. 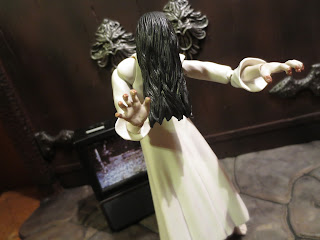 Earlier this year I reviewed the Harley Quinn from Bandai's S.H. Figuarts and I was incredibly impressed with her. That was my first S.H. Figuarts figure and it really gave me the desire to pick up a few more. While this figure came out last year, I'm not sure that I was even aware it existed. I found this one on sale and snapped it up as soon as I saw it. Sadako really is impressive. She has great accessories and multiple heads and robes to give her so many different looks. She also manages to capture creepy poses better than any figure I've ever seen. She gets an Epic rating from me and is the perfect figure to add to your horror shelf! While my horror shelf is covered with movie slashers, zombies, and giant monsters, it's rare that we get something more akin to a traditional ghost or spirit, so it's cool that Bandai has visited this license. And yes, I've never been more creeped out by an action figure than I am by this one. I guess that makes it perfect for Halloween, right?