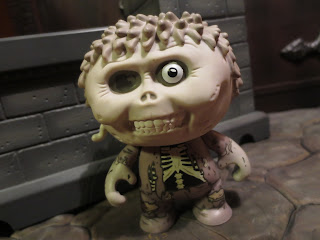 The world of the living and the dead should remain separate. Of course, that's not always the case. Whether through ancient magic, evil beings, supernatural occurrences, or just the power of sheer will, sometimes the dead cross over into the world of the living, bringing terror with them...

I think I remember Garbage Pail Kids from my childhood but I was probably a bit too young to really have been into them. I was born in '83 so I would have only been around two when the first series of cards came out in 1985, definitely not the age to have paid any attention to them. The original card series kept producing new sets until 1988 so at some point I'm sure I would have ran across them. They weren't my thing then but now, having had years to digest areas of 80's pop culture that I didn't consume the first time, I'm all about them. The general idea is that these are twisted and warped versions of kids (although they're totally not the Cabbage Patch Kids- *wink, wink, nudge, nude*). Funko has chosen to take many of the awesome designs from the original series of cards and turned them into some really cool larger versions of their popular Mystery Minis. While I later bought a whole case of the figures, the figure I'm looking at today, Dead Ted, was pulled out of a retail case at a Toys 'R Us. I love me some zombies and this guy really is pretty awesome. Ready for a closer look at Dead Ted? Then join me after the break... 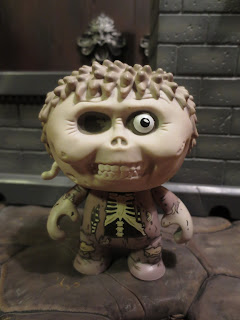 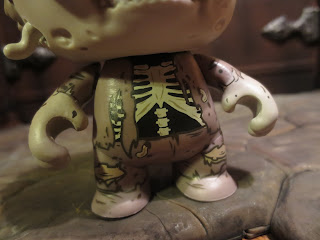 * The paint work is really nice. While many of these figures share a similar body the paintwork definitely separates them. The lines are really detailed and everything is neat and clean. I love the visible bones and creepy, crawly maggots slinking around. 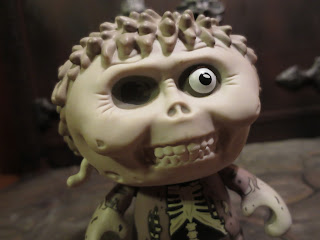 * The headsculpts are unique on these and Dead Ted's is fantastic. Check out those hideous sunken eyes, er...I mean eye (one of his eyes is missing!). I'm a big fan of how truly zombieish this kid looks and I'm particularly digging the worm crawling out of his face. Yikes! 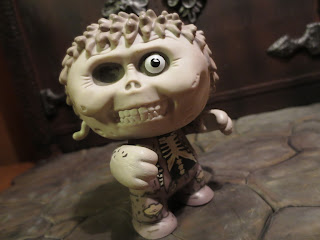 *I like that these have some articulation: Swivel joints at the shoulders and head. That's more than most vinyl figures such as POPs, regular Mystery Minis, or DORBZ have (they kind of remind me of Mighty Muggs). Unfortunately, the arms on Dead Ted seem like they're a bit separated from the body, and not in an intentional "undead fiend" sort of way. He doesn't seem less durable or anything, but it's a bit odd. 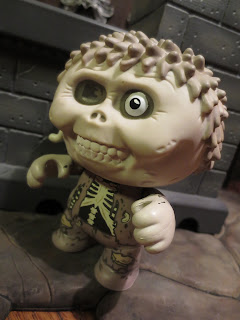 I usually stay away from Funko's blind boxed figures as they use random chase variants quite heavily, making it very tough to complete a set. With the Garbage Pail Kids, though, every figure is packed evenly and one to a case. This makes it not only easier to snap figures up at retail but you can simply buy a case and be done with the series. I like that! He's not the first Garbage Pail Kids figure I've reviewed on here but he is the first I purchased. Dead Ted is a high quality vinyl figure and he just looks incredible whether chilling out on your desk, hanging out with the rest of the GPK crew, or shambling through a graveyard with other zombies from your collection. I'm giving this guy a Great rating! He's really, really fun and extremely creepy. Perfect for 31 Days of Toy Terror, right?