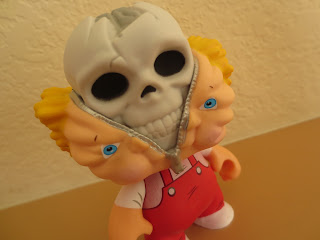 Everyone has a skeleton inside their body. Do you really want to see yours, though? Doesn't the thought terrify you...

The creepy, gross, and icky Garbage Pail Kids have been a huge help this year in filling 31 Days of Toy Terror with plenty of horror themed toys and action figures. Today I'm looking at one of the coolest GPKs in Funko's first series of figures: Bony Tony. Bony Tony is a kid (the overalls remind me a bit of Stewie Griffin) who is unzipping his flesh to reveal the skeleton underneath. Is he a kid who can somehow unzip his skeleton? A skeleton in a kid costume? What's going on here? Read on and we'll see if we can find out together, after the break of course... 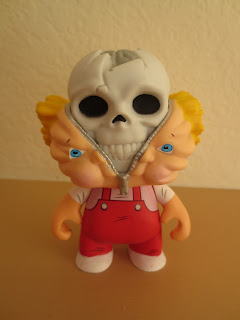 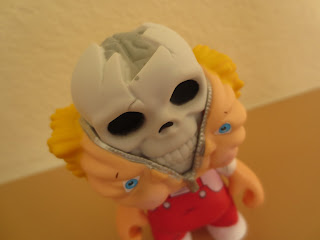 *The skull underneath just looks awesome. It's wonderfully creepy in how toyish it looks. This is a great sight gag and Funko had really captured it well. Using a few different pieces (which are not removable) they've given the figure a very multi-layered appearance. 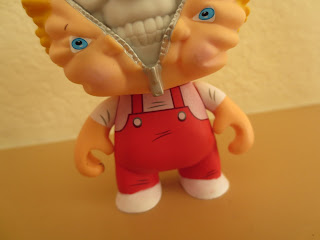 * The zipper is also captured well. The paint work is very neat and clean on the figure and really helps to add to the concept. How far down does that zipper go? Can Bony Tony become a full skeleton if he wants to? 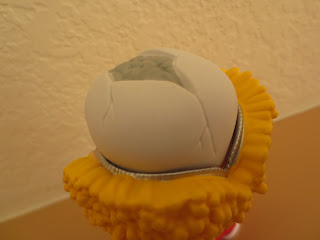 * So... why is the top of Tony's head cracked? Not only is his skull exposed but now I can see his brains! Weird! 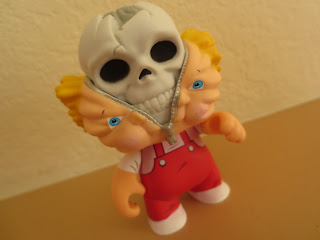 I love this figure. He's just so darn weird and disturbing! Overall I think he's one of the best figures in the series. Bony Tony is just a great combination of the Garbage Pail Kids formula: Somewhat normal looking kid with a bizarre bodily function. Who knows why Bony Tony can do what he does? I just know that he's a Great and a 1/2 figure and definitely one of the highlights of the first series. Check him out if you can!
Posted by Barbecue17 at 10/16/2015