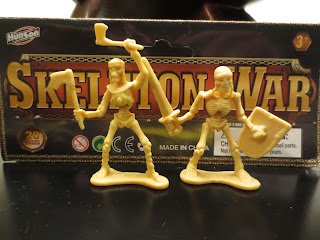 We all have bones giving shape to our body. The site of bones, however, is a frightening prospect. A skeleton reminds us of ourselves but without flesh, personality, or life. How frightening would an army of skeletons be....

Today I'm looking at a really cool set of minifigures from the Hunson toy company: Skeleton War! I picked these up from Amazon earlier this year to add to my ever-growing collection of minifigures. These guys are sold in a simple plastic bag with the cardboard topper that you see in the photo above. If you're a fan of Ray Harryhausen, Army of Darkness, Skeleton Warriors, the book of Ezekiel, or any other story involving armies of skeletons than check these guys out. As always, when reviewing bags of minifigures, I like to imagine that these guys are the enemies from a 1980s NES game called Skeleton War and that I'm writing the enemy descriptions in the instruction manual. It's bizarre but I'm having fun, so whatever. I imagine Skeleton War would be a sidescrolling fantasy themed beat 'em up, kind of like Golden Axe, Teenage Mutant Ninja Turtles 2: The Arcade Game, or Bad Dudes. More bony details after the break... 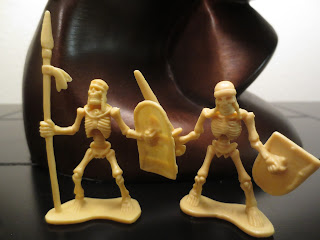 Number of figures: 20 in 6 different styles. 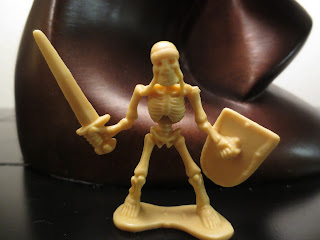 With the ability to both attach and block, Warghast patrols the land of Bonesylvania fighting off any warriors he encounters. Timing i crucial when encountering Warghast! 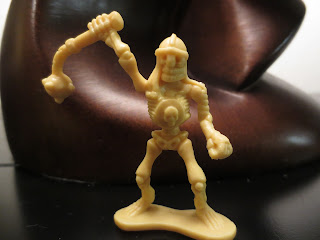 When flail starts to swing his powerful weapon it's time to get out of his way. Either used a ranged attack or wait until he stops swinging, as his 360 degree attack will bludgeon any warriors nearby. 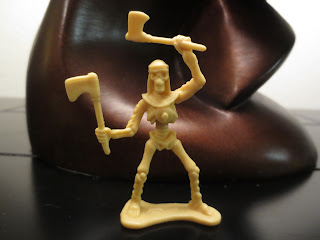 Armed with two hatchets Scarpal wonders throughout Bonesylvania to fight any warriors he finds. Scarpal charges and launches a series of devastating attacks. Wait until immediately after his attack or hit him from the rear to shatter him. 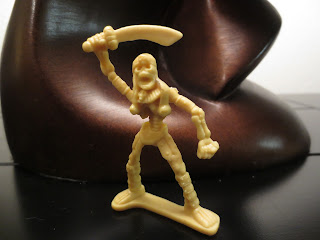 Fearmurs are plentiful, savage, and disposable. Armies of Fearmurs will charge at invaders of Bonesylvania. Dodge their scimitars and deliver the shattering blow. 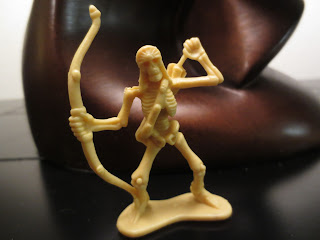 Only Bonesylvania's finiest archers join the Craniams. These master archers launch powerful arrows at a distance. Close the distance and bring the fight to them! 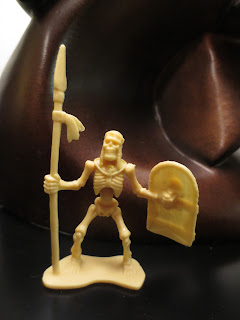 Distance and power combine to form the Spearnum's attack! Armed with lethal spears, Spearnums attack in small groups and prevent heroes from entering into the defended castles of Bonesylvania. 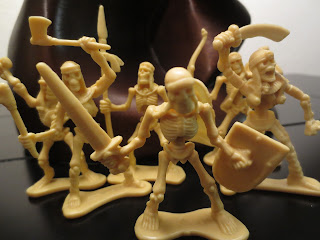 I love these guys! The plastic quality is great, the nice bone colored color scheme of the plastic is quite unique, and the assortment of poses is fantastic. I love the sculpts here, too, as they're very well detailed without being overly fragile. Whether you want these guys to square off against plastic army men or plan on using them for your tabletop roleplaying games, these guys are worth tracking down. These guys easily get a Great and a 1/2 rating from me!

Conan Series 2: Hour of the Dragon by McFarlane Toys
Xaltotun the Undead