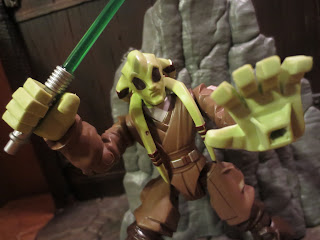 Can you believe that I'm still making my way through my Force Friday hauls? We're well into October now! This is the penultimate figure from that epic shopping spree last month, though: Kit Fisto, the Nautolan Jedi Master himself. Since there is so much going on right now and I've reviewed so many of these Hero Mashers, I'm going to jump right in and talk about Kit. After the break, of course... 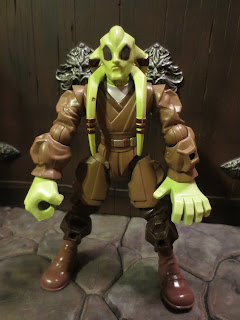 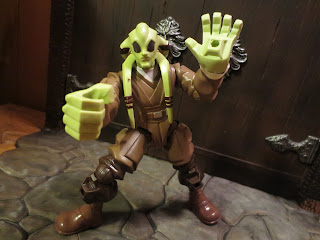 *If you aren't already sick of hearing me saying this about these figures, they're fun, durable, and fairly well articulated for what they are. The mashing is also fun and Kit Fisto has a great basic Jedi body for turning any other character into a Jedi. 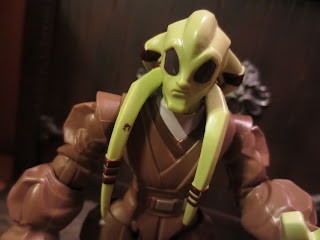 *I really like Kit's sculpt. His robes have a nice amount of detail and his head has a smooth, animated appearance. If I were to make a call on which Kit Fisto this is, I'd go with an Episode III version of the character due to the darker robes and the neater, tied back head-tresses. 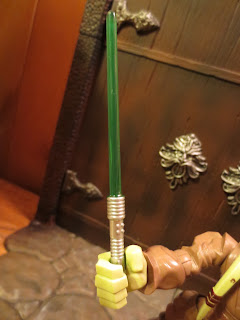 * What Jedi doesn't come with a lightsaber? Kit Fisto comes with his nifty green blade and is ready to take on Battle Droids and get his rear end handed to him by Darth Sidious. Yikes! 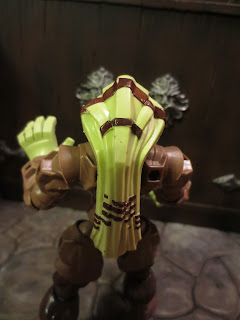 *The paint on the brown highlights on Kit Fisto's head tresses are really quite messy. There are spots and paint slop marks on the front and the back, so be warned if you're trying to visually pick the best Kit Fisto you can find. 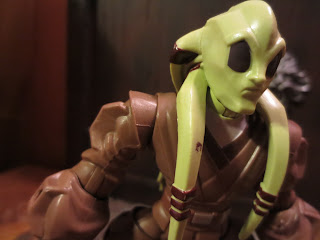 * I'm going to run this complaint into the ground: Why in the world do these figure's not have mashable, swivel hinge shoulders? It doesn't make a lick of sense to me and it hurts the overall quality of the line. 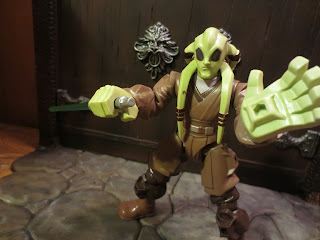 Looking for another Jedi for all of your mashing needs? While this isn't my favorite Kit Fisto figure ever (that would be the AOTC version from the Vintage Collection) this is a cool rendition of the beloved Jedi master who can find something to grin about even in the middle of a battle. He's a Good and a 1/2 figure. Just watch out and get the cleanest paint apps you can!