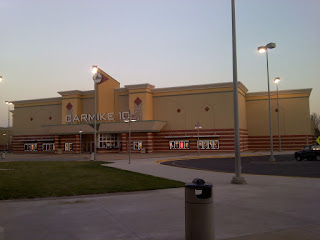 Have you heard? The Epic Review is back! The Epic Review was started in January 2013 by my good friend, the Reel Brad Bell, and I quickly jumped on board and began writing a steady stream of action figure and movie reviews. Around the end of 2014 things started slowing down over there and I created Action Figure Barbecue to be my own personal website for toy reviews and such. Well, The Epic Review is back. Now all of my toy reviews are going to still be here on this site, but we will be launching some new podcasts, including a continuation of Brad and I's collection podcast The Collection Agency. I'm really excited about this as Brad and fellow contributor are two of my closest friends and I always enjoy podcasting with them. Keep checking Action Figure Barbecue and The Epic Review for plenty of fun stuff in the days to come. Now, for some more cool stuff including some Toy Fair 2016 thoughts that I missed last week, my discovery of picross, geocaching updates, a brief review of Rise of the Tomb Raider, my thoughts on WWE Fastlane, and more, join me after the break...

* NECA showed off this very cool Arkham City styled Harley Quinn. What's incredibly cool about her is that she is 1/4 scale. That makes her around 18 inches tall! NECA has produced some amazing 1/4 scale figures in the past few years, including their Keaton Batman which I've reviewed, so I have high hopes for this figure. She can be preordered foraround $100 dollars and is scheduled for a July release. 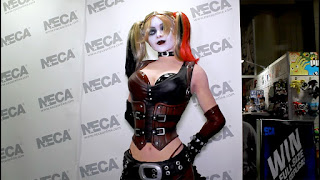 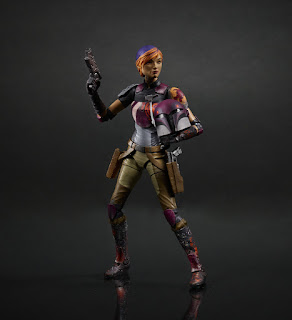 * Considering that The Force Awakens has been a juggernaut in theaters, it's amazing that Hasbro showed hardly anything new at Toy Fair 2016. Jedi Temple Archives did some great coverage of Hasbro's event and while the individual figures look cool, the overall event was incredibly disappointing. Hasbro showed maybe 6 new Black Series figures, a handful of new Rebels characters, and only one new The Force Awakens figure in the 1/18th scale. No Leia. No Luke. Hasbro seems like they're just squandering their opportunities and definitely had a pretty weak Toy Fair so far as Star Wars goes. 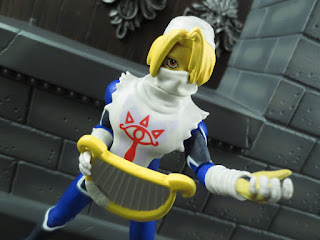 * One of the Toy Fair presentations I was most looking forward to was Jakks Pacific and their World of Nintendo 4-inch line. Guess what they showed? Nothing. The most recent stuff you'll be able to see is from their SDCC 2015 presentation, so I'm not sure what's going on there. Seems like a real missed opportunity to get folks excited about what's coming next. 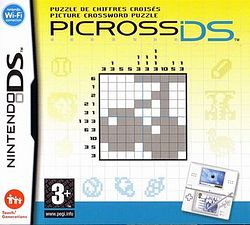 * I just discovered picross! I'd never heard of it before but while I was reading some random stuff about Nintendo online I was reminded of Mario Picross, a Game Boy game I remember hearing about but didn't know anything about. After a quick bit of Google-fu I'm playing picross online. Oh my gosh! This game is addicting! I love logic puzzles and picross is a fun take on them.

* I'm really glad to report that I had the chance to do some geocaching with my parents last week while they were in town for a short visit. My dad reached his 300th find last Saturday and I'm now up to 664. This is a picture my dad took of a cache we found under the base of an old tree that had fallen over next to a creek. It hadn't been found for about 7 months but we managed to locate it and get it out! 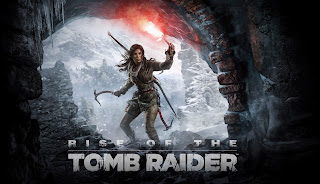 *I finally finished Rise of the Tomb Raider about a week or so ago. I don't have 100% completion yet, partially due to a glitch in the Pit of Judgment tomb that's preventing me from completing it. The game itself is a pure joy to play, though. Seriously, I'm loving this new Tomb Raider series although I'm hoping for a more traditional jungle environment for the next entry in the series. 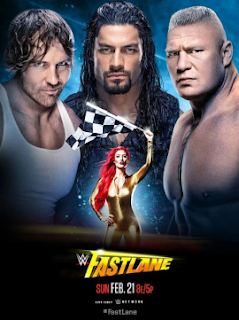 *The Bad: There just weren't too many meaningful matches.

The highlights were honestly Kalisto vs. Del Rio, and Jericho vs. Styles. I think Owens and Ziggler always put on a good show, but why are they still fighting? They've fought over and over and over. The ending was too predictable and felt a bit too abrupt. I also wanted to see a bit more from the Charlotte/ Brie Bella match. Lynch and Banks are a good team, though. I liked them as a mismatched pair who are working together out of necessity. But the Wyatts losing another feud again? What the heck, WWE?! You have a powerhouse stable of new talent and you continue to squander it! Not one single person was rooting for team Giant, were they? 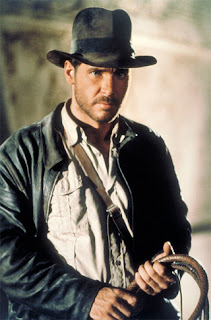 * Cracked often has some very hit or miss articles, but this comedy bit by J. F. Sargent about Indiana Jones trying to publish his adventures in the university archaeology journal is pretty funny, particularly if you're really familiar with the Indiana Jones series. Raiders constantly goes back and forth with Ghostbusters for the position of my favorite film, so I definitely appreciate this.


Over the next week I have a number of reviews planned, which should include Gold Mario from World of Nintendo along with a ton of Star Wars: The Black Series figures from Phase II and Phase III! I've been trying to get caught up on collecting these, so now I'm only missing Bespin Luke, Yoda, and Jabba the Hutt. If you can help me out, let me know!

See ya in seven!