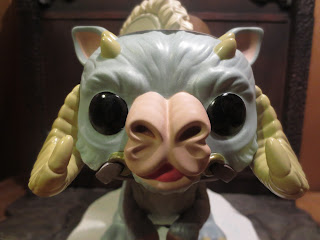 January's Smuggler's Bounty box arrived from Funko a week or two ago and, as always, it was really fun to open it with my little one. Between her and I (and sometimes my wife), every Star Wars item in the set always finds a home. This month's theme is The Empire Strikes Back and features a variety of items from Episode V including some Darth Vader and Stormtrooper adorned socks, a Lando Calrissian pin, a Yoda patch, a stuffed Wampa (which my daughter claimed, meaning she now has 4 differently sized stuffed Wampas sitting on a chair in her room next to a very nervous stuffed Tauntaun), and this very cool deluxe POP! vinyl featuring Han Solo riding a Tauntaun. This is an incredible item and well worth checking out. Let's take a closer look after the break... 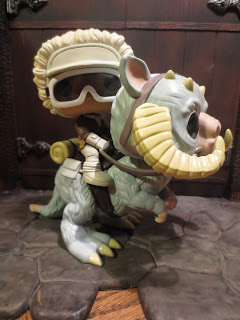 Non-Scalper Price: $25 as part of the January 2017 Smuggler's Bounty box, which also included socks, a pin, a patch, and a stuffed Wampa. 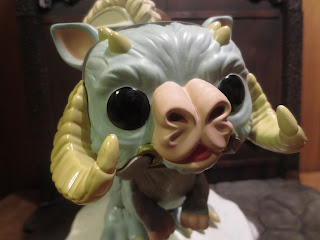 
* This is an excellent Tauntaun sculpt. It's just so darn cute, isn't it? All the detail you'd hope to find on a Tauntaun is present, but the POP! style certainly just shines through, too. 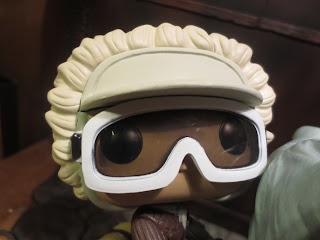 * And here's Han. He's got his goggles on (with an actual translucent lens) as well as his furry hood pulled all the way up over the top of his hat. It's tough to make out any likeness here, but that seems true to this outfit, doesn't it? 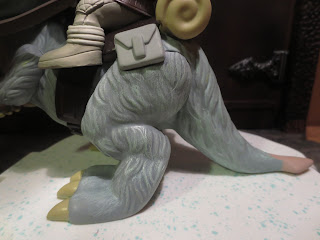 * The sculpt on the Tauntaun's fur is pretty good but the paintwork is downright excellent. I love the various shades of grey thrown in here. Paired with the pink tip of the tail and the yellowish nails, it really brings this creature to life. 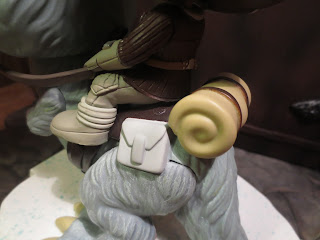 * Everything (including Han Solo) is permanently attached to the Tauntaun. The saddle is a sculpted part of the figure, as are all of the cool little extras like the sleeping bag and saddlebags. They look pretty nice, though, and really give the POP! a much higher level of detail than you might expect. 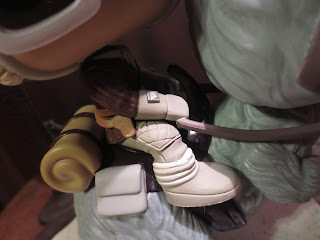 * Han's outfit features the same great level of detail. He's clad in a brown coat (sorry fans of the "blue" look) that features some very interesting textures. He's also sporting the small communication devices on his globes. This is a pretty elaborately sculpted POP!, although it's tough to realize how much work has been done on Han unless you take a really close look. 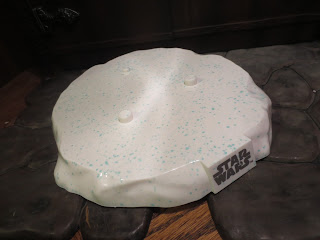 * I love how the Star Wars POP! vinyls include display based and this set is no different. Wait, actually, yes it is! This set includes an oversized white display base with blue speckles. It looks great and gives the POP! just that much more "oomph" when on display. 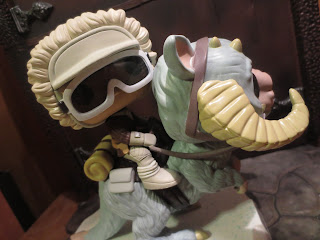 
* You know what I wish this set had? A join for the Tauntaun's head. Even if it had to be a bobblehead like everything else, it's be cool to be able to turn the Taunttaun's head a bit to look in the same direction as Han. 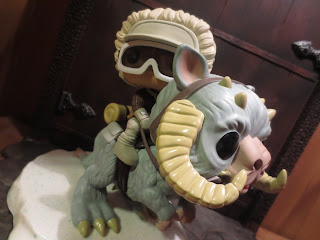 Funko just keeps upping their game on some of their newer POP! released and this set is one of the best yet. First of all, it's a cool concept for a deluxe POP! set. Secondly, it's really quite large and bulky with some heft to it. I love stuff that feels massive and solid like this. It's very cool and definitely gives you a different experience than something small and flimsy feeling. Last, but not least, the sculpt and paintwork are excellent, particularly considering that these are very stylized figures. This is a Great and a 1/2 POP! and it's well worth grabbing the January crate for.


For more Star Wars POP! vinyls, check out the following: