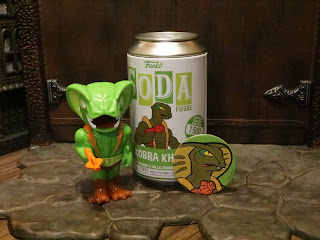 When Funko listed the exclusives for the Funko Virtual Con Spring 2021 earlier this month I was able to order both of the Vinyl SODA figures available: Kobra Khan and Man-At-Arms. I had already ordered the Mantenna POP! vinyl through Walmart but I missed the Pez set (had to obtain that one elsewhere) but I was glad to get my hands on the Vinyl SODA releases as they're one of my current favorite toylines. They arrived in the mail last week and I was thrilled to discover when I opened Kobra Khan that I actually got the limited variant: Battle Mode Kobra Khan! Each of the Vinyl SODA releases has a chase variant and this is the first time I've pulled one from a can. How exciting! This is actually the first Vinyl SODA chase variant I've owned, too! Let's take a look at Battle Mode Kobra Khan and see if he's worth the hunt after the break... 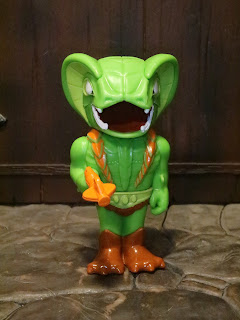 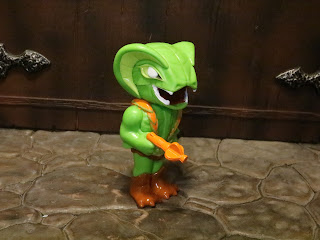 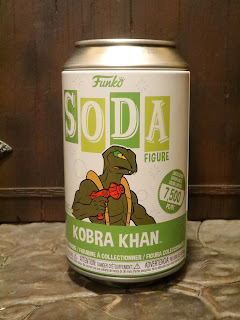 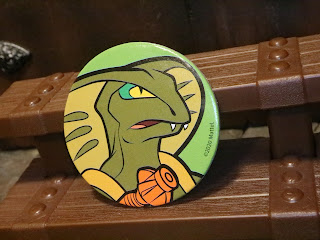 *  Inside the can is a round, sturdy cardboard disc. It's kind of like a POG, though a bit larger. On the front is Kobra Khan's head in battle mode with his hood up (he did raise it up on the Filmation series) while the back has the figure's name and the run amount listed. It also says "You found the chase" so that's pretty cool. 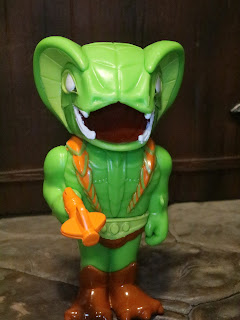 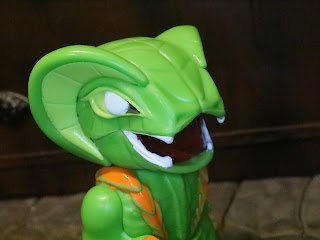 * Battle Mode Kobra Khan's key feature is his giant snake hood that's raised up like he's about to start spewing venom everywhere. It looks really cool and the work on his serpentine eyes and the creepy scales all over him is excellent. His mouth is actually hollowed out, too, which gives his fangs some more depth since they're truly hanging down and just a wee bit pointy. 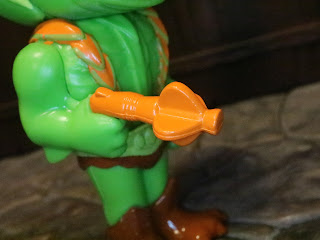 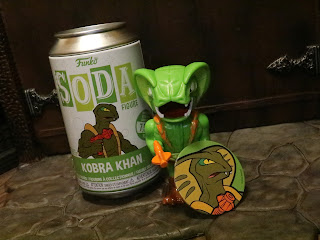 Battle Mode Kobra Khan is a Great and a 1/2 vinyl figure and another cool addition to one of my favorite current MOTU lines. Seriously, I love these guys and I'm really hoping that Funko continues them. I'd love to see the vintage line completely recreated in this style, along with the Princess of Power cast and some other random favorites like New Adventures He-Man. I haven't really hunted down any of the chase variants thus far as they've mostly just bee repaints and the prices get a little crazy but I'm sure glad to have pulled this one from the can.

If you're looking for more of Kobra Khan then check out my reviews of the M.U.S.C.L.E. Kobra Khan from the #1 Masters of the Universe (green), the Funko POP! Kobra Khan #41, and the MOTUC Camo Khan.