Toy Review: Stinkor from POP! Pez Dispensers: Masters of the Universe by Funko 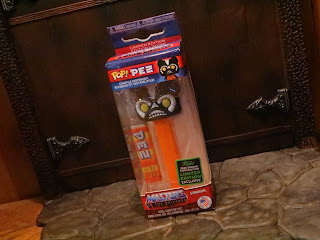 I just reviewed the first of the 2020 Emerald City Comic Con/ Funko 2020 Spring Convention Limited Exclusive Masters of the Universe POP! Pez Dispensers yesterday, but to keep you occupied during your at home quarantining here's a look at the second dispenser in the set: Stinkor! I like Stinkor and I'm always glad when he gets represented in a toyline as it doesn't happen as often as some of the other Evil Warriors (probably due to never appearing in the Filmation cartoon). Stinkor is a solid B-list Evil Warrior though, and Funko did release a POP! vinyl of him back in 2018. Like the POP! vinyl, this Stinkor has a different head sculpt from Mer-Man unlike the vintage toy, where they shared the same sculpt. That's kind of cool, although it makes me wonder if we'll ever see Funko do a "toy variant" version of Mer-Man. Did you know that Pez actually released flower flavored candy back in the 1960s? I kind of wish they had made some patchouli flavored candy for Stinkor, don't you? Let's check out Stinkor, probably the MOTU character you would least want to take candy from, after the break... 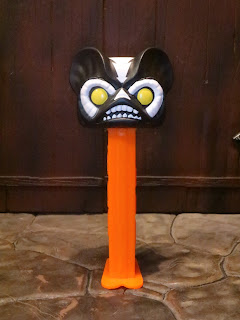 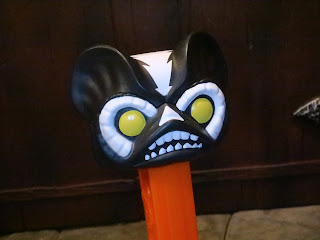 * Based on the vintage toy, Stinkor has the same crazy looking head as the vintage Mer-Man toy. The colors make it skunk-like but the design itself looks nothing like a skunk so far as I'm aware. Just like the rest of the POP! Pez dispensers, Stinkor has a scaled down version of the POP! vinyls head sculpt. 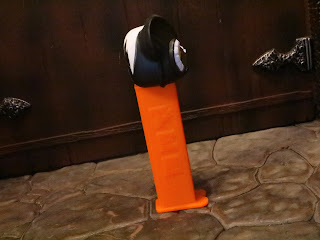 * Stinkor's dispenser body is exactly the same as any other Pez dispenser I've ever seen. It's orange to match the color of his armor and it holds a roll of candy. Seriously, it's a Pez dispenser. What more can I say about it? 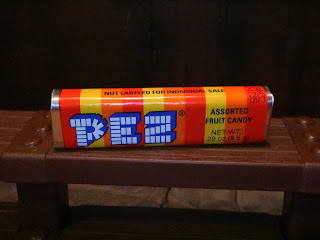 * All of the POP! Pez Dispensers includes a pack of Pez (assorted). Why does it only come with one when you usually get three? I guess because these are intended more as collectibles rather than really intending to be eaten. The nice thing is you can take these out of the box and put them back in, making them collector friendly. They do display nicely in the box, so that's how I'm keeping them. I still think they should have went with Patchouli "flavored" candy, though. 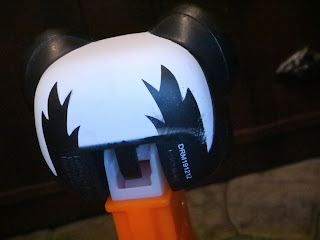 
* The back of Stinkor's head has some noticeable problems with the paint work (the POP! vinyl had the same problem). It's not the worst think in the world since it's on the back, but it's still a bit annoying. 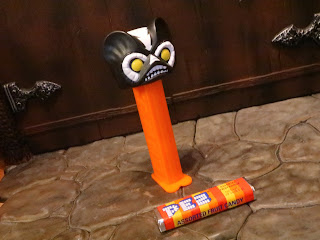 Stinkor is definitely one of the more unsettling Pez dispensers I've ever seen, so that's actually a plus. Overall he's pretty cool looking and the monstrous look of the character definitely makes for a more interesting display piece than some of the regular heads. I like the He-Man and Evil-Lyn dispensers just fine, but they just look like regular people, you know, and thus kind of generic as dispensers with no body for context. Stinkor excels by looking unique, and for that he's getting a Good and a 1/2 rating. Nice job, Stinkor! That smell is the sweet, sweet smell of victory!


If you're a fan of Stinkor, the Evil Master of Odors, check out my review of the green Stinkor M.U.S.C.L.E. minifigure from the Series 2 pack, the ReAction Stinkor, the Action Vinyls Stinkor, and the Funko POP! Stinkor #657.

For more Masters of the Universe: POP! Pez dispensers check out the following:
Evil-Lyn
Posted by Barbecue17 at 3/21/2020