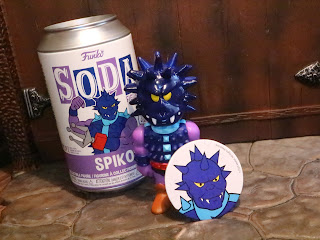 Today I'm checking out the final offering of Funko's five Masters of the Universe NYCC 2020 exclusives (which were sold online) and it's the untouchable master of evil combat: Spikor! Yes, good old Spikor has shown up in the Vinyl SODA line, and quite early, too. Remember how Spikor was one of the first figures in the POP! MOTU line? Considering he's a figure who didn't show up until the fourth series of the vintage line, only showed up three times in the Filmation series, and never appeared in the 200x line, I'm guessing Spikor keeps getting chosen because he's someone at Funko's personal favorite figure. That's A-OK, though, as he has a great design and it's always nice to have some of the more unusual MOTU characters represented. Let's take a look at Spikor after the break... 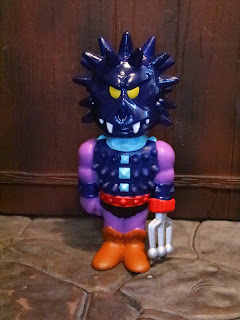 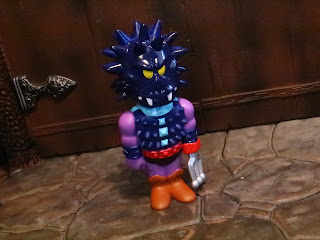 The Positives:
* Spikor fits right in with the rest of the line as solid vinyl figure (no articulation) who is standing at attention and who reminds me of a breakfast cereal mascot from the 1960s or 1970s. I love the aesthetic of this line and Spikor is a real winner. He's definitely one of the best looking figures in the line yet! 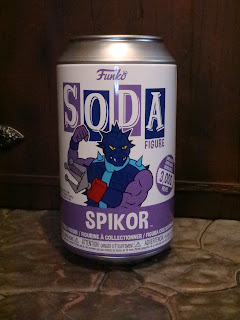 *  I'm a big fans of the cans these come in! The soda can design is so incredibly cool and makes for a rather unique display piece on a shelf. Spikor soda would absolutely be grape soda. The image of Spikor used here matches the rest of the images from the cans which use the Filmation styled designs. The can displays all of the expected labels while the back shows off the figure and includes all of the legal info, etc. The top of the can separates so you could use the can to store trinkets as well, and it's even sculpted to look like the top of a soda can. It's made from a much more durable metal than your average soda can, too, so it's quite a nice collectible. 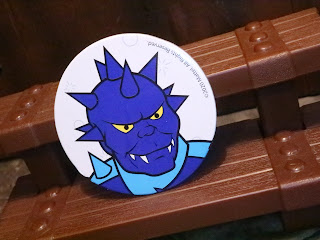 * Inside the can is a round, sturdy cardboard disc. It's kind of like a POG, though a bit larger. On the front is Spikor's smiling face, while the back has the figure's name and the run amount listed (2,500) (there are 2,500 regular Spikors and 500 chase variants). 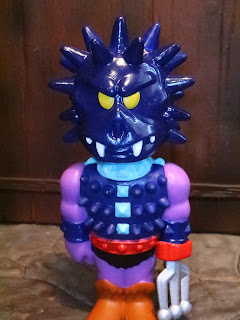 * Spikor has a pretty nice sculpt! His magical purple armor (which was fused to his body) is covered with spikes and rivets. The colors are quite vibrant, too. I love Spikor's color scheme! 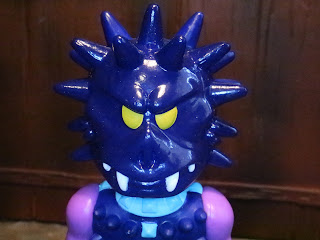 * His large, yellow eyes are kind of unsettling, as are his fangs. He's a creepy looking guy and Funko captured his likeness well in the Vinyl SODA aesthetic here. 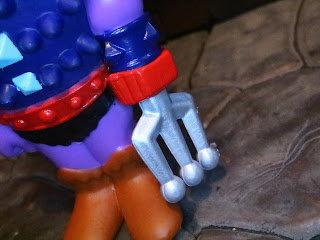 * Spikor doesn't have his orange mace but he does have the trident that has taken the place of his left arm. Whether he's using it for poking or blasting laser beams, it's a handy tool to have around. 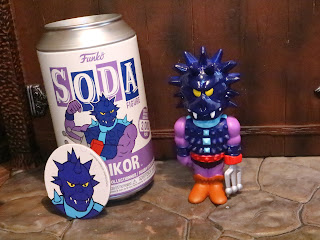 Spikor might just be my favorite character in the Masters of the Universe Vinyl SODA line yet! He's undeniably cool and has an excellent color scheme that really stands out on the shelf. I'm always a fan of the bright, bold color schemes of the MOTU crew and a figure like Spikor is really appealing. He's a Great and a 1/2 figure. The Vinyl SODA line really surprised me this year and I hope Funko continues with it. They have a tendency to drop their lines that aren't POP! vinyls pretty quickly so I'm hoping we get a nice run of figures out of this series.