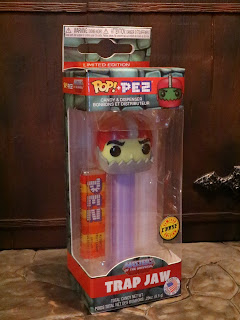 Let's kick off Trap Jaw-ly with a look at the the chase variant of the Trap Jaw POP! + Pez dispenser from Funko! This version is based on Trap Jaw's appearance in the vintage minicomic "The Menace of Trap Jaw" where the character was depicted with pale green skin. I actually got this guy for my birthday last year as a present from my wife who ordered me a couple of Masters of the Universe t-shirts from Hot Topic. She ordered a Trap Jaw Pez dispenser, too, and I was surprised that the Chase edition arrived. I was was really excited about this and I thought my wife had tracked this one down. It turns out it was just a happy accident; my wife didn't even know I already had the standard Trap Jaw dispenser. Funko has used the minicomic version of Trap Jaw for a few different variants (the POP Price Guide refers to this as the Lavender Stem version) as it's really the only easy paint variant for Trap Jaw. I've reviewed a few of the POP! + Pez dispensers over the last few months and while there isn't a ton of new stuff to say about them they're still fun to check out. Let's check out this minicomc inspired Trap Jaw after the break... 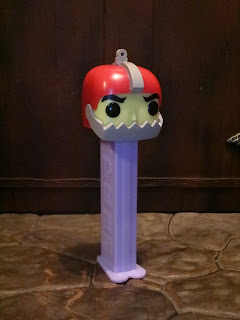 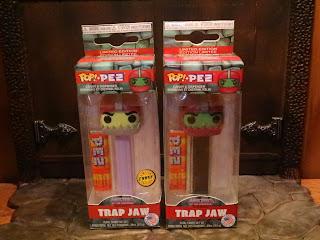 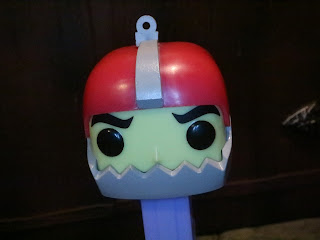 * The whole gimmick of this line is that these are fairly standard Pez dispensers with Funko POP! vinyl heads, so this looks just like the POP! Trap Jaw (which I have not yet reviewed on here). It's a pretty good likeness of the character done in the cutesy POP! aesthetic. I especially like the eyebrows and the menacing work on his metal jaw. 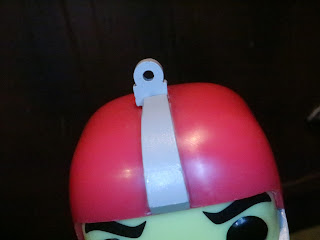 * Trap Jaw's sculpt is even cooler due to the presence of the loop on top of his helmet. This was included on the vintage figure and was intended as a way for the character to essentially zip-line down into battle. I love that Funko included it but, darn, doesn't zip-lining by hanging from your helmet seem like a surefire way to break your neck? Don't try that at home, kids! 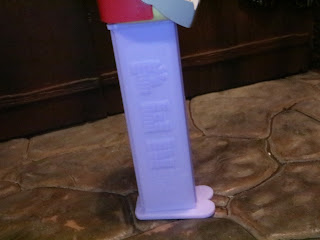 * Trap Jaw's dispenser body is exactly the same as any other Pez dispenser I've ever seen. It's light purple, I'm assuming to match the lighter purple color of Trap Jaw's boots, and it holds a roll of candy. Seriously, it's a Pez dispenser. What more can I say about it? 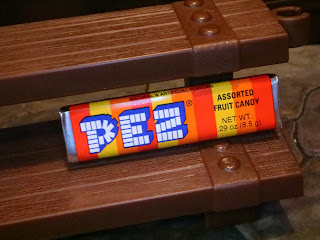 * Trap Jaw includes a pack of Pez (assorted fruit flavored). Why does he only come with one when you usually get three with a dispenser? I guess it's because these are intended more as collectibles rather than really intended to be used as actual candy dispensers. The nice thing is you can take these out of the box and put them back in, making them collector friendly. They display nicely in the box, so that's how I'm keeping them. 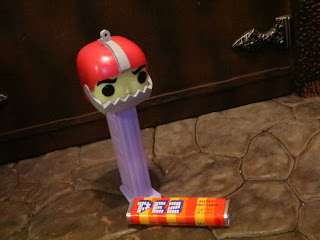 I really like this Chase Variant Trap Jaw POP! + Pez dispenser. Besides just being a cool Trap Jaw themed Pez dispenser you also have the minicomic inspiration here, which is always a cool thing for a MOTU collectible to have. While it would have been amazing if his jaw opened to deliver the Pez, it's still pretty fun on its own. This guy has become a bit pricey to acquire and I'm thrilled my wife was able to get him from a random order. How often does that happen, right? This is a Great Trap Jaw collectible in my book.

What other Trap Jaw items would you like to see featured for Trap Jaw-ly?


If you're a fan of Trap Jaw/ Kronis, check out my reviews of the M.U.S.C.L.E. green Trap Jaw and the series 1 M.U.S.C.L.E. Trap Jaw, Super7's neo-vintage Trap Jaw, and the ReAction Trap Jaw (Cartoon Colors).