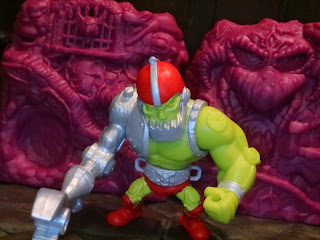 I'm slowly but surely making my way through the Snake Mountain themed second series of Masters of the Universe: Eternia Minis and today I'm checking out another variant in the line: First Appearance Trap Jaw! In the earliest minicomics included with the vintage toys Trap Jaw was depicted with green skin. It was one of the oddities of the design process where teams seemed to work separately from each other but, over the years, the green skinned Trap Jaw has become quite popular among collectors. Mattel is always up for a repaint (which is always preferable to just repacking the same figure again) so First Appearance Trap Jaw gives them another use for the Trap Jaw mold from series one. Let's check out First Appearance Trap Jaw after the break... 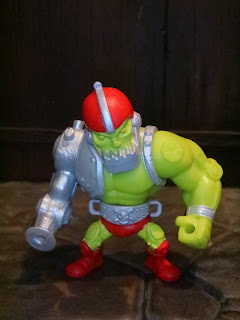 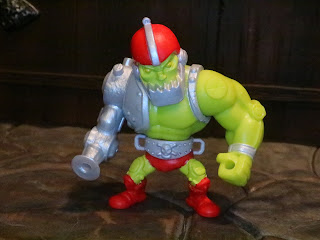 * It's Trap Jaw but this time he's green and silver! This is the same sculpt as the previous figure but with a new paint job. He really does look pretty awesome with a great sculpt, lots of detail (particularly on his arms), and even small, sculpted loops on his belt. It's not all accurate to the First Appearance Trap Jaw but it still looks pretty cool. 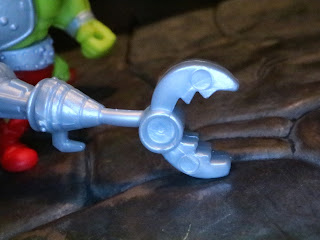 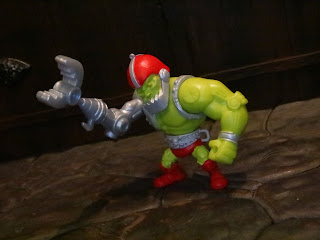 * While the series 1 standard Trap Jaw was weird and hunched over, this guy seems fine. I guess my series 1 figure was a fluke or something. This guy is quite articulated for a 2 inch figure and is pretty fun to play with. 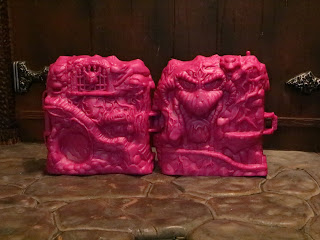 * The Eternia Minis come blind packaged but it's actually not a bad thing at all. First, there is a very prominent code on the bottom of the package identifying the figure inside (Trap Jaw is "C"), so you don't have to buy these without knowing what you're getting. Second, the packaging is a very cool plastic Snake Mountain. It actually separates in half and you can connect them with other Snake Mountains to make a long chain of evil. It's a cool sculpt and some of the best blind packaging I've ever seen. The detail is insanely nice on this! 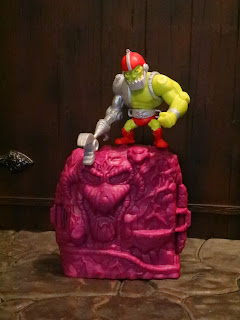 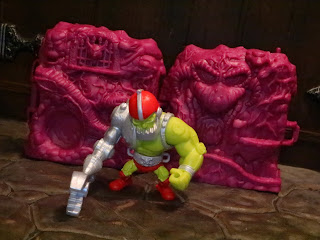 While I don't like the color scheme of First Appearance Trap Jaw as much as the original Trap Jaw I do enjoy variants based on various character appearance sin MOTU history. First Appearance Trap Jaw also doesn't have the same weird lurch as the series 1 figure. He's a Great and a 1/2 minifigure and a fun addition to the line. Series 2 unfortunately doesn't have as many characters new to the MOTU Minis range of figures but it does have a few fun additions and this new version of Trappy is one of them.

Are you a fan of Snake Mountain? The check out my reviews of the Snake Mountain M.U.S.C.L.E. from series 3's Pack C and the plastic Snake Mountain cases from the series 2 Eternia Minis Faker, He-Man, and Beast Man.