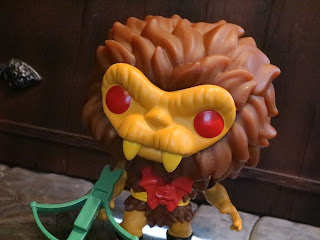 At the end of 2020 Funko shop had a drop of some new Masters of the Universe product, including a few exclusives. I'll be checking those out in the days to come but for my first review of a new product from 2021 I'm giving the honor to Grizzlor, the Hairy Henchman of the Evil Horde! Grizzlor was one of my favorite MOTU figures overall as a child and I'm thrilled that Funko has finally given him the POP! treatment. While Funko has been making POP! vinyls from MOTU since 2013 they've also released them under the POP! Television banner. Now, though, they're releasing them under the fairly new POP! Retro Toys banner alongside other toy icons like Barbie, G.I. Joe, Stretch Armstrong, Transformers, TMNT, My Little Pony, and even Polly Pocket. Think we'll get a Mighty Max? I do think the Retro Toys banner is way more fitting as many of the characters Funko has released never even appeared in the Filmation He-Man and She-Ra cartoons. Let's take a look at Grizzlor #40 who is absolutely based on the vintage toy (and not She-Ra: Princess of Power) after the break 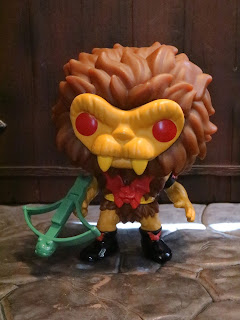 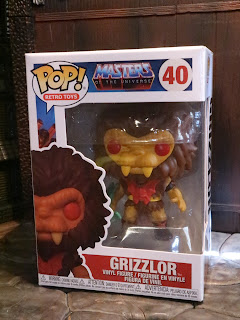 * I won't show off the boxes for all of these but I did want to show off the packaging that has the POP! Retro Toys logo on top. 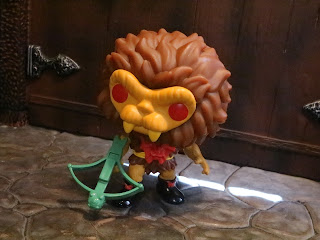 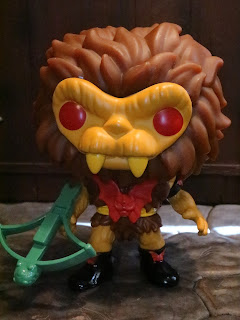 * Funko did a great job on Grizzlor's paint and fur! While there is an exclusive flocked Grizzlor (I've got him and a review is coming!) the sculpting on the figure still captures the look of the wild, woolly fur of the vintage toy. 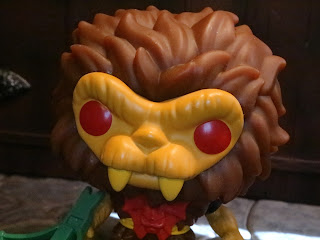 * The headsculpt is excellent, too. You've got some seriously sinister eyes, a pronounced brow, some fiendish fangs, and, of course, his wild hair. There was a reason why folks told campfire stories about how terrifying Grizzlor was! 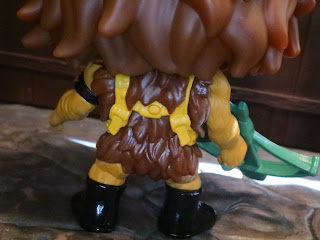 * On the pack of the figure you can see the clasps of his Horde armor, covered with fur. This is another detail captured perfectly from the vintage toy and I love it! 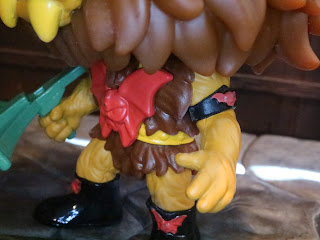 * Grizzlor is definitely sporting his Horde pride! He's got a Horde emblem on his chest, an armband on his left bicep, and the Horde emblem on his boots. He might be an evil space vampire demon wizard guy but Hordak sure does know how to brand, doesn't he? 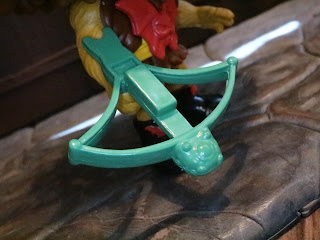 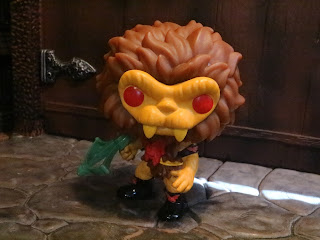 Grizzlor is excellent! Funko did a fantastic job on him and really did an excellent job of capturing the look and feel of the vintage toy in POP! vinyl form. His paintwork is really clean and tight too, which is always a plus. 2020 was a great year for Masters of the Universe in POP! form and hopefully this is a sign that 2021 will be even better! Grizzlor is a Great and a 1/2 POP! vinyl and, since he's a standard release, you shouldn't have too much trouble finding him.

If you're a Grizzlor groupie then check out the alternate 200X Grizzlor head from the Heads of Eternia pack, the ReAction Grizzlor,  Grizzlor (Dark Variant), and Grizzlor (Toy Variant), the Grizzlor minifigure from the M.U.S.C.L.E. Trash Can Wave 4 (Slime), and the Club Grayskull Grizzlor.