March Magic! Orko #566 from POP! Television: Masters of the Universe by Funko 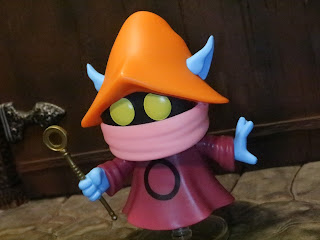 Today is the sixth and final installment of March Magic, a month-long celebration of all things Orko! 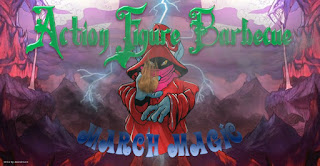 Let's take a look at one final Orko collectible this month: Orko #566 from POP! Television by Funko! Released in 2017 this was part of the second era of Funko's Masters of the Universe releases and was heavily influenced by the Filmation animated series. Orko is very Filmation inspired here although he does have a detail that seems more inspired by the 200x series and Masters of the Universe Classics: His wand! The vintage Orko toy didn't have a wand and his wands in the Filmation series were pretty plain so the Four Horsemen designed a new wand for Orko in the 200x toyline that was reminiscent of ripcord from his vintage action figure. Funko likely based their design on Orko's appearance in MOTUC which gave Orko the 200x inspired wand as one of his accessories. Ready for a POP! vinyl review of a 1980s pop culture icon? Then join me after the break... 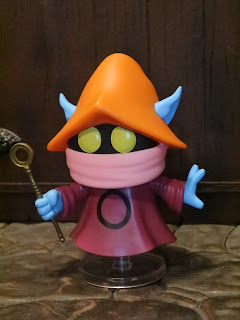 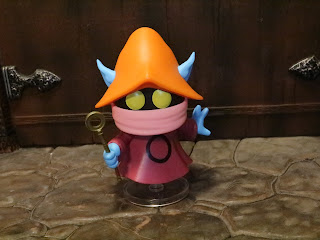 The Positives:
* This is a wonderfully Filmation-esque Orko who looks really cute and delightful in the Funko style. Since he's got yellow eyes and a more classically shaped body (rather than a more traditional POP! vinyl shaped body) he's not as "POP!" looking as some figures. He's still Orko through and through, though. He's got a bit of a swivel head although it is a bit restricted. 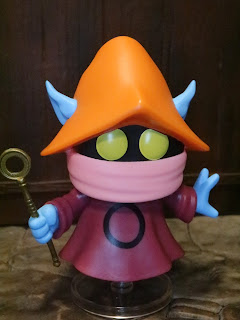 * Orko is quite nicely sculpted and the simplicity of the POP! aesthetic doesn't really do much to alter his usual appearance. His colors are spot on and all of the paint work seems neat and clean. 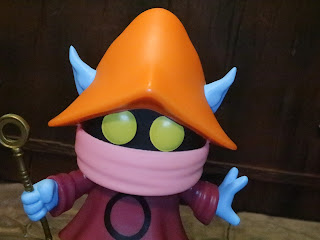 * His headsculpt is oversized like the rest of the POP! vinyls but it's just not as noticeable as on most figures. The work on what we can see of Orko's head is quite nice and the ears seem to be separate pieces attached to the hat to give the illusion that they're poking out of it. 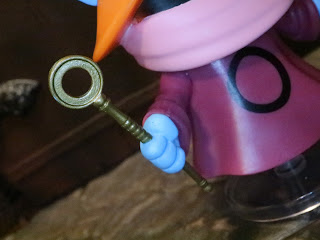 * Here's Orko's wand! I always find it more interesting when a POP! is holding something and Orko seems fairly incomplete without a magic wand. It's a nice sculpt that does capture the look of the modern Orko wand. 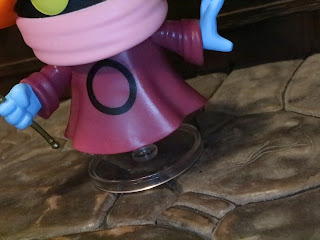 * Orko has a translucent stand that he's permanently attached to which gives off the illusion that he's hovering above the ground. It looks great, keeps the figure standing, and keeps Orko at eye level with the rest of the Funko POP! vinyls so you've got some consistency in your display. 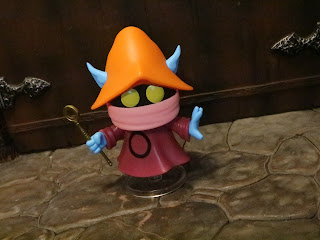