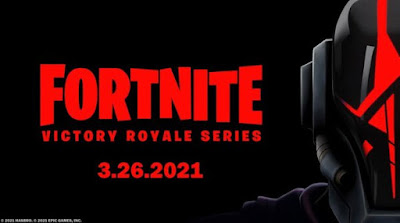 Over the past month or so it has become clear that Hasbro has expanded their Fortnite licensing agreement with Epic Games and now they're moving on from just NERF blasters to actually releasing Fortnite action figures. The news first popped up on February 25th, 2021 though the preorder for a Fortnite branded Snake Eyes in late January (a repaint from the G.I. Joe: Classified Series) definitely caused a lot of speculation. Jazwares and McFarlane have both held the Fortnite action figure license with both companies beginning to release product in late 2018. While McFarlane's output has slowed tremendously Jazwares continues to put out a lot of product and it seems like they will continue to do so, but only releasing product under 6-inches starting in 2022. Now Hasbro has officially announced the Fortnite: Victory Royale Series presumably a 6-inch scaled Fortnite line. We'll know more details on March 26 but, for now, I'd like to take a few minutes and speculate how Hasbro's Fortnite: Victory Royale line might differ from Jazwares' Fortnite: Legendary Series line.

Since first appearing on store shelves during the summer of 2019 Jazwares' 6-inch scaled Fortnite: Legendary Series has become a collector favorite. Over forty figures have been released in the line within the past 2 years and fans have praised their unique sculpts, sharp paint applications, wacky designs, and plethora of weapons. Including backpacks, weapons, in-game accessories, and often interchangeable faceplaces with each figure, Jazwares' Legendary Series has definitely stood out from other 6-inch offerings in the action figure aisle in the accessory department, giving Jazwares a solid hit and helping them to gain some shelf space at most retailers. It's quite funny how common it is to hear action figure collectors stating that they collect the line despite never even having played Fortnite! Now that Hasbro is taking over the 6-inch range of Fortnite things are inevitably going to change. I've thought of a handful of positives and negatives to Hasbro taking over the 6-inch Fortnite license which I'll ramble on about after the break... 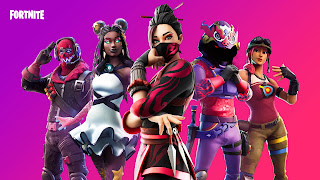 If you look at Jazwares' Fortnite: Legendary Series you'll only find two female characters. Two. That's crazy! Hasbro does a far better job of ensuring equal representation in their lines as Star Wars: The Black Series, Marvel Legends, the Power Rangers: Lightning Collection, Overwatch: Ultimates, and G.I. Joe: The Classified Series have all had a higher percentage of women in their lines compared to Jazwares' line. Looking for Calamity? Renegade Raider? Cuddle Team Leader? Dark Bomber? You're more likely to get them from Hasbro.  Fortnite has a pretty diverse and inclusive roster of characters for players to choose from and while Jazwares has went with some crazy designs, they've been pretty neglectful of the various women in the game in the Legendary Series. It's odd, too, because the 4-inch line has a nice amount of female figures in it.

2. The Figures Should Be Able to Hold Their Weapons! 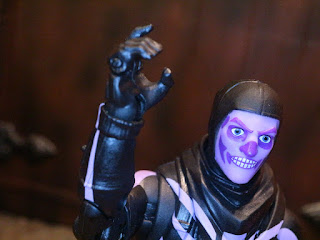 If there's been one consistent problem with Jazwares' line it's the hinged fingers. Hinged fingers can occasionally be cool but usually they make holding weapons a pain. Most figures in the Legendary Series require a lot of effort or even the use of sticky tack to get characters to probably hold their weapons. I'm looking forward to that not being a problem anymore as Hasbro will surely go with traditional hands like on all of their other lines.

3. The Ability to Preorder Figures! 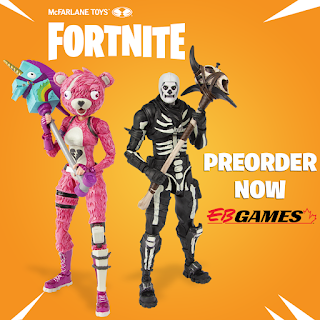 Jazwares' Fortnite: Legendary Series figures just kind of show up when they show up in seemingly random waves. McFarlane's figures were typically available for preorder but Jazwares seems to operate differently. While occasionally you can preorder a figure through Amazon, most of the time that's just not the case. You just can't order these figures from most major collector focused e-tailers, either, which is a bit frustrating. With Hasbro, the Victory Royale Series should be easily available to order and preorder.  It's likely they'll get them back on the shelves at GameStop where they belong, as well.

Each figure in Jazwares' Fortnite: Legendary Series come with lots of weapons, accessories, and interchangeable faceplates. Almost every release came with a small arsenal so what can we expect from Hasbro in the Victory Royale Series? Unfortunately, I don't think we'll see figures as loaded with accessories as the Legendary series and there are two things that make me speculate this. First up is Hasbro's Snake Eyes: Zero Point Edition figure. This is a repainted figure that comes with 11 accessories for $40 bucks, while most of Jazwares' figures came with between 7 to 9 accessories for $20. Where's the extra money going? Second, there's an interview with former Hasbro employee Bobby Vala where he discusses the issue of "Perceived Value" among Hasbro's various 6-inch offerings. Essentially, from my understanding of this concept, the idea is that Hasbro doesn't want one of their 6 inch lines to look like it's a better value than another. I'm not sure I quite see this practice in place as the G.I. Joe and Power Rangers 6-inch lines seem to have more accessories than Star Wars: The Black Series, but none of the lines Hasbro releases have been as loaded with extras as Jazwares' Fortnite: Legendary Series. I'm hopeful Hasbro will surprise us, though, and equip their Fortnite figures well.

Other than a couple holiday releases through Walmart, Jazwares has largely avoided the exclusives game with the Fortnite: Legendary Series. Hasbro won't, though, and we'll have yet another line with hard to obtain retailer exclusives, convention exclusives, and Hasbro Pulse exclusives. Jazwares' line has been incredibly stress free to collect but it's almost a guarantee that the Victory Royale Series will have lots of exclusives that are difficult to find and end up costing collectors more money just to obtain them. Hasbro and their retail partners (*cough* Target *cough*) have made collecting a pain over the past year or two and I don't believe that this line will be immune to Hasbro's love of exclusives. 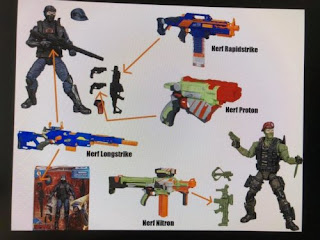 While Fortnite doesn't focus on blood or realistic violence firearms are a huge part of the game and Jazwares' Legendary Series came loaded with them. I'm curious how Hasbro's going to handle guns in this line, though, especially considering they've been slowly transitioning many Marvel Legends accessories to NERF styled "blasters" and they've been very careful to refer to the G.I. Joe Classified Series weapons as "blasters," mostly avoiding realistic weapon designs. Hopefully the more cartoony vibe of Fortnite allows Hasbro to keep the Fortnite weapons on model (Snake Eyes does seem to come with a standard looking Fortnite SMG) and we'll all be happy. 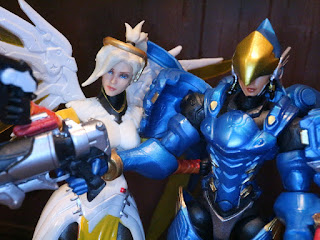 Hasbro's Overwatch Ultimates line was one of my favorite lines in recent memory but Hasbro buried it far too soon. The line lasted on shelves for less than 6 months before Hasbro stopped supporting it and cancelled all upcoming product. Was there even enough time to get a feel for how the line would do? I don't really remember them peg-warming much nor do I remember most stores even getting a restock. The line sure had a lot of exclusives and paint variants for lasting less than 6 months, though. Fortnite is a huge brand but how big will it be for Hasbro? For Jazwares I presume it was one of their biggest, if not their main brand, but will Hasbro feel the same way? I'm sure that I'm not the only collector concerned that the line is going to get bogged down with repaints and easy releases, particularly repaints of characters from franchises Hasbro has the rights to (Marvel, Star Wars, G.I. Joe) simply repainted as easy releases in the Victory Royale Series. 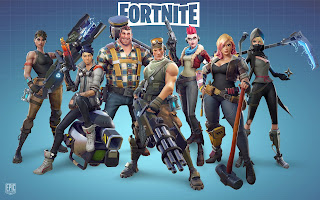 While Jazwares losing the 6-inch Fortnite line definitely seems like a negative, and it still kind of leaves a bad taste in my mouth, it's entirely possible that there are going be some positives for collectors as well. Hopefully, Hasbro will do their best to ensure their figures are similar in scale and style to Jazware's offerings. If they're not, it's likely that many Jazwares fans will become a bit more selective or simply see this as a dropping off point. Hopefully Hasbro is also mindful of what's come before so that the line isn't flooded with remakes right off the bat. I think that would turn many collectors off of the line right away. Things go could wonderfully with Hasbro's Fortnite: Victory Royale series and collectors of the 6-inch scaled Fortnite Legendary Series may be able to add more new characters to the shelf for years to come. Let's cross our fingers, spit in our hats, and hope for the best! It's in everyone's best interest at this point for the new line to be a success.