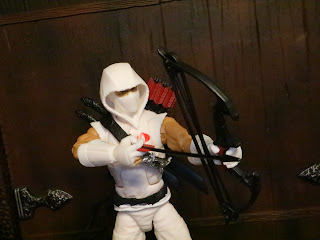 While Hasbro released Arctic Mission Storm Shadow in 2020, the first year of the line, and the movie based version in 2021, it's taken until 2022 for a standard Storm Shadow to be released in the G.I. Joe: Classified Series. Why so long? Probably because Storm Shadow was caught up in the Classified Series' move towards more classic/vintage renditions of the characters. I was a big fan of many of the modern Classified Updates and I was pretty excited to see the version of Storm Shadow we saw in the advertising art and the video game turned into an action figure. More faithful renditions of the vintage toys are definitely where this line has been headed for the past year, though, and thus this new Storm Shadow is quite reminiscent of the 1984 version of the character. Storm Shadow is a really good figure (there's a "retro" carded version coming, too, with more classic inspired arm wraps and all black weapons) but I do miss getting to see what that redesign would have looked like as a toy. Let's take a look at Storm Shadow after the break and see how he turned out... 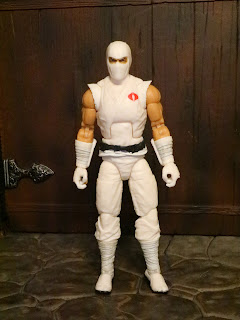 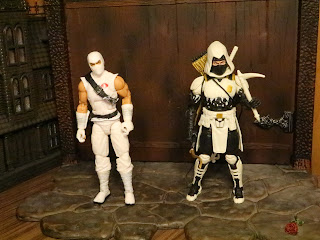 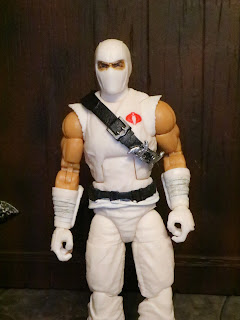 * Storm Shadow looks excellent despite how simple his costume is. A white outfit with no sleeves, some armored bracers on his forearms, and a black belt and shoulder strap to hold his belt on keep him simple. Tommy Arashikage isn't showing off much here. The only real splash of color is that red Cobra emblem on the left breast of his ninja-yoroi. The chest strap is a removable piece with two shuriken sculpted on it. There's no dagger tucked in his belt, though, which seems like an odd detail to skip in a line where virtually every figure is sporting holsters and sheathes. 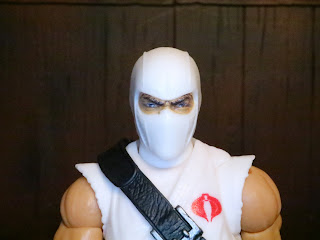 * The headsculpt is really good. Well, the eye sculpt, anyways. Storm Shadow looks pretty intense from what's visible beneath his white balaclava. There's some nice texture work on his headgear and some wrinkles and stuff that hint at his face underneath. 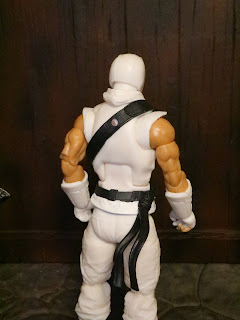 * Flip Storm Shadow around and you can see two details that are removable pieces. First is the tassels of his belt. This is a separate piece which attaches to a peg. You can move the tassels around, so if you want them flowing out dramatically to the side when he's in an action pose, you can do that. Second up is a "collar" that represents Storm Shadow's hood down. He has a separate hood but if you want to show Storm Shadow with it down, just pop this on. It's removable in case you want him to remain hoodless, too. 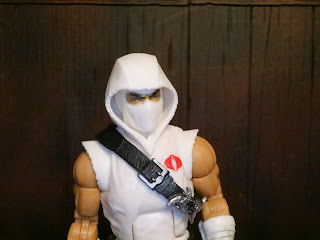 * The hood fits over his head fairly easily. Just pop off Tommy's head, stick the head inside the hood, and push down. It works quite well and does change up the look of the figure quite a bit. 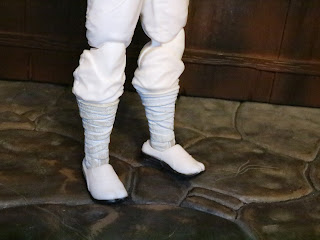 * Storm Shadow is sporting tabi shoes with wrappings around his shins. His feet are also sculpted with just a bit of an arch to them, leaving him looking more battle ready. He can still stand up perfectly find, but his action poses are a little more dynamic. 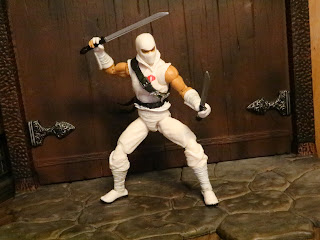 * Speaking of action poses, Storm Shadow can take almost any you desire. Hasbro did an excellent job on his articulation and it's as good as any other figure in the line. Probably even better thanks to his simpler outfit which doesn't restrict his movement at all. 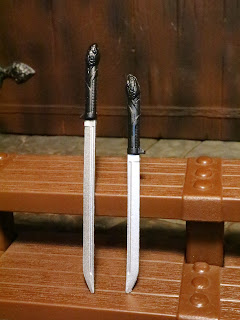 * Storm Shadow comes with some nice equipment. Not as many weapons as some previous Storm Shadow figures have come with, but still a decent complement of gear. He first comes with two swords of different sizes. They look quite sharp and the handles have a snake motif. 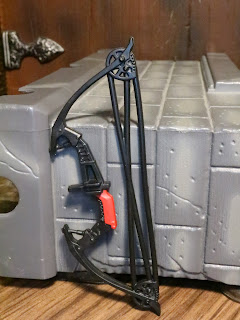 * Storm Shadow is a master archer, so he also comes with a compound bow. It's all one piece but there are lots of sculpted details like the gears and various bowstrings that give this type of bow it's power. 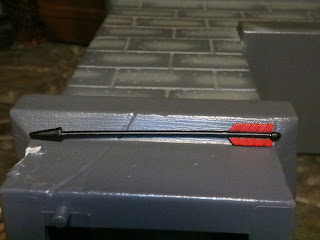 * There's even an arrow included for Storm Shadow to use. 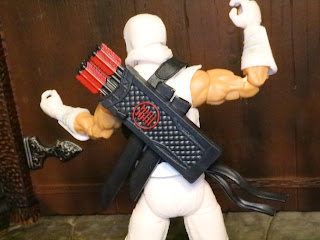 * The backpack is really similar to the one from the 25th Anniversary Collection Storm Shadow figure, although it's a separate piece with a plug rather than a piece attached to the chest strap. It has arrows sculpted in the quiver and two sheaths attached behind the quiver. The Arashikage symbol is also emblazoned on the textured quiver. 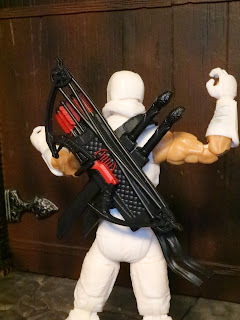 * Like the vintage toy, Storm Shadow can hold all of his gear on the backpack. The bow plugs onto a peg on the quiver, the single arrow fits inside the quiver, and both blades slide into the sheaths, allowing Storm Shadow to have his hands free for other sneaky ninja stuff. 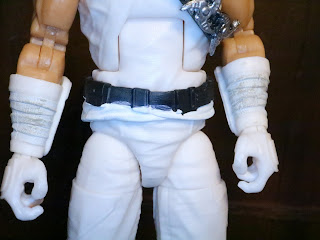 * The paintwork on Storm Shadow's belt is a bit messy on my figure. 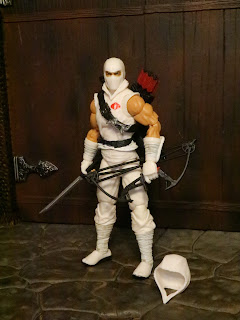 The Classified Series keeps cranking out hits and Storm Shadow is another very Epic figure. He's my least favorite of the three figures in this series (Cobra Officer and Spirit-Knife are the other two) but he's still an excellent figure. Great articulation, cool accessories, optional hoods, and a fantastic headsculpt definitely make this a worthy upgrade of the vintage Storm Shadow look. While I was really excited for the "Classified" Storm Shadow with the tattoos (which it's doubtful we'll ever see), I'm still content with what we've got. More than content, really. I think I like the Arctic Mission Storm Shadow a bit more, although this guy has better accessories for sure. I imagine I'll skip the "Retro" version of Storm Shadow, though those extra hands are kind of cool, as this guy looks plenty retro to me. Who's your favorite figure out of the most recent series?


The only other action figure of Storm Shadow/ Tommy Arashikage I've reviewed on here is the Classified Series Arctic Mission Storm Shadow.